Nuclear and emergency preparedness experts, as well as federal reports, show that America has failed to brace itself adequately for a nuclear attack. This failing reveals something important about our human nature. 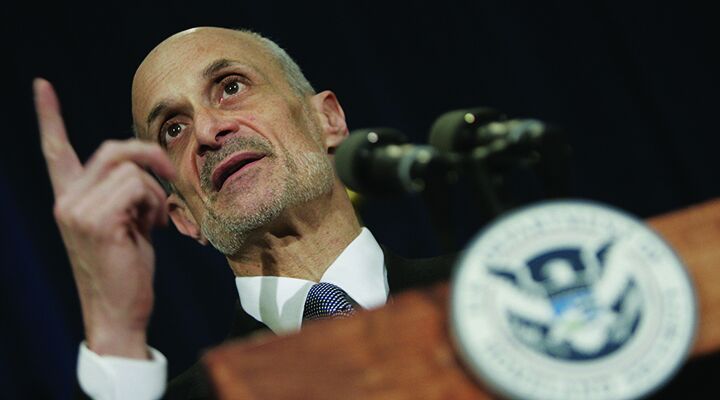 Nuclear and emergency preparedness experts, as well as federal reports, show that America has failed to brace itself adequately for a nuclear attack. This failing reveals something important about our human nature.

Human nature tends to forget about unpleasant realities. “Men stumble over the truth from time to time,” Winston Churchill said, “but most pick themselves up and hurry off as if nothing happened.”

Nuclear warfare is one of those unpleasant realities. With the dark cloud of Cold War long passed, we want to believe the nuclear threat has evaporated with it. In truth, however, nuclear capability is now more decentralized and diffuse; nuclear material has proliferated; and we live in an age of terrorism. In short, the threat has never been greater.

The Robb-Silberman commission on wmd (www.wmd.gov) said, “[T]he intelligence community knows disturbingly little about the nuclear programs of many of the world’s most dangerous actors [including Iran and North Korea]. In some cases, it knows less now than it did 5 or 10 years ago.”

The 9/11 Commission reported that al Qaeda has been trying to get nuclear weapons for a decade and cited reports that Osama bin Laden wants to pull off a “Hiroshima.” Lee Hamilton, vice chairman of the commission, called nuclear terrorism “the greatest threat to the national security of the United States” (Meet the Press,nbc, May 29; emphasis mine). Porter Goss, who directs America’s Central Intelligence Agency, has said “it may only be a matter of time before al Qaeda or another group attempts to use chemical, biological, radiological and nuclear weapons” (New York Times, February 17).

Adm. James Loy, deputy secretary of Homeland Security, said that “several al Qaeda leaders believe operatives can pay their way into the country through Mexico and also believe illegal entry is more advantageous than legal entry for operational security reasons” (ibid.). This isn’t difficult to imagine, considering that an estimated 1 million illegal immigrants breach America’s porous southern border each year. Even terrorists have identified this route as an excellent way to attack the United States.

Shipping is another security hole just waiting to be exploited by a terrorist. The New York Times reported that the Department of Homeland Security has reduced inspections of inbound cargo from 36 foreign ports without confirming that security has been tightened (May 25). Only two of the world’s largest ports have completely installed equipment to detect radiation. Put simply, the U.S. often has no idea if the material coming from overseas is safe or not.

Plausibly, a nuclear weapon could already be on American soil in a terrorist’s hands.

This state of affairs is wholly unlike the Cold War, where nuclear war was averted between superpowers because of mutually assured destruction. 9/11 Commission Chairman Thomas Kean said, “These are small bands of people in uncontrolled parts of the world who don’t care about that anymore. They simply want to destroy us. If some of them get destroyed themselves in the process, it doesn’t matter …. It’s a whole new way of thinking” (Meet the Press, op. cit.).

Such facts make a May 3 piece in the Washington Post important to note. “[M]ore than 3½ years after the Sept. 11, 2001, attacks, the U.S. government has failed to adequately prepare first responders and the public for a nuclear strike, according to emergency preparedness and nuclear experts and federal reports,” the article said.

The Post spoke of the government failing to exploit the life-saving potential in preparing first responders to evacuate populations that are downwind of a radiation cloud. It cited misleading information regarding nuclear attacks now appearing in Homeland Security preparedness literature. The federal Homeland Security department has trained 22,000 first responders in nuclear response out of 2 million firefighters, police officers and emergency personnel nationwide. Thus, the vast majority of those most needed in such an emergency lack education regarding radiation exposure, how to triage and decontaminate victims, and other crucial procedures. Moreover, the government doesn’t have rules and standards for organizing and assigning jobs to these workers should such a tragedy occur.

The specific gaps in American preparedness are worth addressing—after all, one certainly cannot underestimate the difference between 190,000 people dying from a 10-kiloton bomb and a death toll from the same bomb tens of thousands of people greater simply because they were inadequately prepared to react appropriately (these numbers are taken from a July 2004 Homeland Security Council [hsc] document explaining the consequences of such an attack within the nation’s capital). But what makes this report especially noteworthy is how it highlights a mindset unwilling to grapple with unpleasant realities.

Can we face the seriousness of the threat before us? A nuclear terrorist attack is not a mere possibility: Given the confluence of circumstances we see in the world today pointing toward this eventuality, we must acknowledge that it is bound to become reality.

The fact is, Americans are totally unprepared for the devastation and the permanent disruption of our comfortable lives that is about to befall us. The hsc report included the major understatement that a nuclear strike on U.S. soil “would forever change the American psyche, its politics and worldview.” Consider it. The shift that occurred on Sept. 11, 2001, when a few thousand precious lives were lost was but the tiniest taste of what awaits.

The words of the Prophet Jeremiah, directed at the modern descendants of biblical Israel—a group of nations that includes the United States—should leap out for their present significance. He wrote that “cities are burned without inhabitant” (Jeremiah 2:15). Is it alarmist to speculate that such a massive loss of life would likely include nuclear terrorism?

Perhaps this seems too unbelievable to be true. How could such a fate befall America? Before September 11, who would have believed that such terrorism could occur on U.S. soil? It was unbelievably shocking—yet it happened. This plague of violence is imminent. We should watch for it, so this destruction does not catch us off guard (Luke 21:36).

To surrender to the tendency to minimize such dangers, or to fail to face them fully, guarantees they will broadside us. Weakness of will and forgetfulness are nation-destroying flaws. The Bible shows they are actually curses America is suffering because of its lawlessness (Daniel 9:13-14; Leviticus 26:16-19). How many are willing to face that unpleasant reality?

The feebleness of U.S. security goes beyond what was revealed in those government reports. After all, beefed-up border patrols and seaports stocked with radiation-detection equipment cannot, ultimately, provide a sure defense. Holes in homeland security are feasible to tighten but impossible to eliminate.

As Gen. Douglas MacArthur said, “It must be of the spirit if we are to save the flesh.” While the risk of nuclear terrorism is an unpleasant reality and mustn’t be ignored, the Almighty God says we needn’t fear it—that He will protect us from it—if we prepare ourselves spiritually. In these perilous times, this is the only sure security.

Yet, nationally, God has removed His protection—and, even more, He is watching upon the evil and bringing it upon us! So says your Bible.

As a citizen, you may feel helpless or complacent, believing it is your government’s job to safeguard you from terrorist threats. But each of us bears personal responsibility. The cold reality you must face is, your most effective deterrent against terrorism starts with you!

To learn how to receive God’s protection in the times ahead, visit theTrumpet.com and read, from our June 2004 issue, Herbert W. Armstrong’s article, “There Is a Way of Escape.”