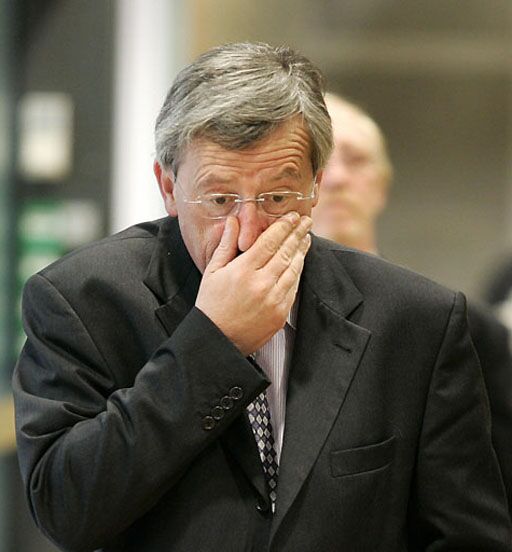 This week’s French and Dutch rejections of the EU constitution—and fuss over the treaty coming from other EU nations—is Bible prophecy coming alive! The countries causing the most trouble are identified in the Bible as the “clay” mixed with iron—making Europe “partly strong and partly brittle.”

On May 29, the French—in a legally binding referendum—rejected the European Union constitution. Three days later, a Dutch referendum submitted an even more dogmatic rejection of the charter. These two events are fulfilling a major prophecy about end-time Europe that few understand.

The all-important key to understanding Bible prophecy—and, by extension, world events—is identifying Israel in those prophecies. Our June 2005 issue explains the importance of this understanding—and how the United States and British peoples largely fulfill this prophetic role. Herbert W. Armstrong’s book The United States and Britain in Prophecy explains this in thorough, riveting detail.

When you understand that the U.S. and Britain are the descendants of Ephraim and Manasseh, upon whom the birthright of Israel was conferred millennia ago (see Genesis 48:16-20), world events leap into focus. Ephraim and Manasseh were sons of one of Israel’s 12 sons, Joseph. The descendants of another son, Judah, now inhabit that small nation in the Middle East called Israel.

Identifying Israel is not only vital to understanding the Anglicized world and the Middle East in global affairs, it is crucial to understanding European events. Because Israel’s other 10 sons—the so-called lost 10 tribes—inhabit mainland Europe today.

The united Europe we see today is currently composed of Israelite nations as well as non-Israelite (or Gentile) nations. That is at the heart of Europe’s woes. Believe it or not, this was prophesied in your Bible!

Daniel 2 contains a prophecy of four major world-ruling kingdoms that would exist since the reign of Nebuchadnezzar’s Babylon. This prophecy is described through a visual aid—a great image of a statue with head of gold (the Babylonian empire), breast and arms of silver (the Medo-Persian empire), belly and waist of brass (the Greco-Macedonian empire) and two legs of iron (the Roman Empire).

The feet and the toes of this image, however, show the iron mixing with “miry clay” (Daniel 2:43).

God tells Israel, in the book of Jeremiah, that He is the potter and they are the clay (Jeremiah 18:6).

Notice how this clay will affect the final resurrection of the Roman Empire—which we see rising in Europe today currently under the name of “European Union”: “And whereas thou sawest the feet and toes, part of potters’ clay, and part of iron, the kingdom shall be divided; but there shall be in it of the strength of the iron, forasmuch as thou sawest the iron mixed with miry clay” (Daniel 2:41).

Yes, this final resurrection of the Roman Empire will have the strength of the previous empire, but there’s more. Verse 42: “And as the toes of the feet were part of iron, and part of clay, so the kingdom shall be partly strong, and partly broken [or brittle].”

How brittle is the European Union today? What is the cause of its tenuous existence? Well, just take a look at the nations creating the fuss over the EU constitution as a characteristic example.

There was never more turmoil over Europe’s constitution—or even its very existence—than there was in the months leading up to the French referendum on whether the nation should ratify the document. Poll after poll was showing that the French would—even if narrowly—reject the treaty.

This sent Europe into a panic. Eurocrats were coming up with all sorts of ideas—from helping the French leadership campaign for the treaty to devising a plan B should the French rejection happen. One plan was to let the rest of Europe ratify it, and then take it back to the French one more time (Denmark needed a repeat referendum when it came to the 1992 Maastricht Treaty). Germany did all it could to help the effort; it completed its own parliamentary ratification process last Friday (May 27), hoping that would help boost French support.

France (modern-day Reuben) couldn’t reject it, so many insisted, for France was a founding member—and a core one at that—of a European federation. Adding insult to injury, three days after the French rejected the constitution, the Dutch (Zebulun’s descendants) gave an even more resounding “nee” in their referendum. This too was disheartening to European policymakers, as the Netherlands was another founding member of the united-Europe idea.

Look at which other nations have created widespread fear among European politicians who so desperately want their charter to be implemented. Far-right parties in Denmark (modern-day Dan) and Belgium (Asher) are campaigning hard against the constitution (one of the reasons Belgium decided not to have a referendum). Britain will almost undoubtedly reject the constitution in its referendum next year.

In fact, as far as taking the matter to the people in a referendum, 10 European nations are doing this—six of them are Israelite nations—countries more rooted in the Judeo-Christian way of thinking. And the countries that had already ratified the treaty by the week of the French and Dutch referenda were all non-Israelite.

How Bible prophecy has come alive in Europe! Israel certainly is the “clay” in this union of nations. It is combining with the strength of iron and making it brittle.

This final resurrection of the Roman Empire, though strong as iron, will be short-lived because of its unnatural composition. As Daniel 2:43 states, “… but they shall not cleave one to another, even as iron is not mixed with clay.”

But before its abysmal collapse, a united, iron-strong Europe will dominate this world—and it will directly impact your life. Though for a short time, these nations of iron and clay will unite under one strong political leader and in the name of religion. For more on where this is all headed, read our December 2003 article “Are We Wrong About Europe?”