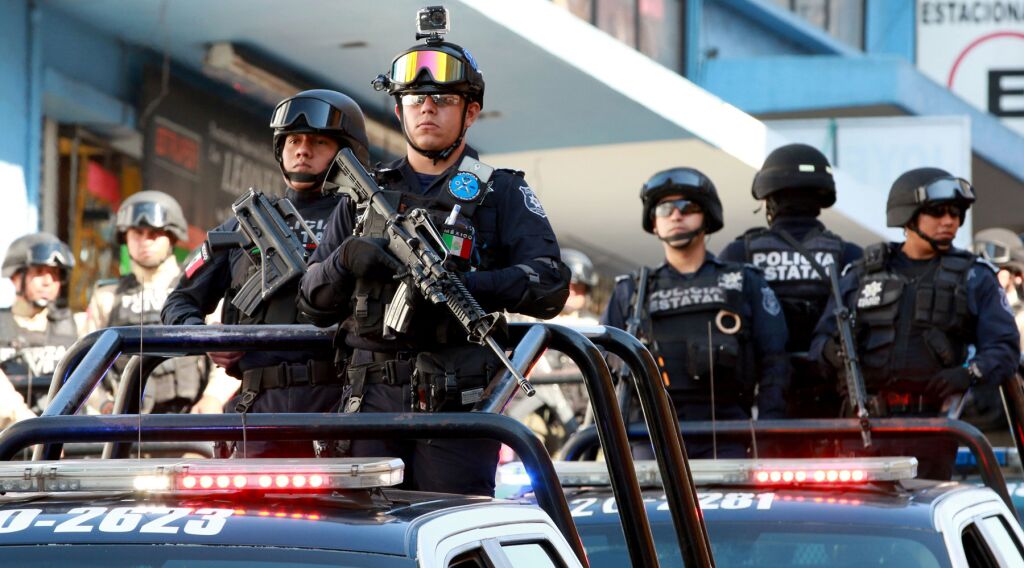 The bloodiest suffering right now is south of the border, but it is being caused by those north of it.

Three police officers were tortured and beheaded in southeastern Mexico this past January. Authorities found the decapitated bodies of Anita Contreras López, Benjamín Montejo Avalos and Alvaro Navarrete Alducin on a roadside in the municipality of Huimanguillo on January 28—a day after the officers were kidnapped during a routine patrol in the nearby Veracruz municipality. López was the mother of three children, Avalos was a father of two children, and Alducin was a new recruit who had worked for the police department for just over a year.

The perpetrators have not been caught, but this was almost certainly a drug cartel attack on Mexican law enforcement.

Decapitation is a terror tactic that Mexican drug traffickers have used since at least 2006, when armed criminals from the La Familia Michoacana cartel dumped five heads from plastic garbage bags on a white tile dance floor in the Sol y Sombra nightclub in the town of Uruapan. It is reported that drug cartel operatives adopted decapitation from al Qaeda terrorists as an intimidation tactic. In 2012, Mexico’s Attorney General’s Office estimated that 1,303 people were decapitated by drug cartels in the previous five years. The grisly tactic is used to terrorize local populations, intimidate rivals cartels, and send a warning to Mexican police.

In the seven-year period between 2007 and 2014, over 160,000 people were murdered in Mexico, more than the total number of civilian deaths in Iraq and Afghanistan combined. Since the Sinaloa drug cartel split last year, the murder rate has grown even worse. Nationwide, January murder rates jumped 34 percent from 1,442 homicides in 2016 to 1,938 homicides in 2017. If this trend continues, Mexico could soon experience a wave of violence on par with the Syrian civil war.

The primary reason these criminal cartels are so successful, however, is that approximately 10 percent of Americans over the age of 12 are addicted to illicit drugs. That means 24.6 million U.S. drug users are fueling a $100 billion per year industry that directly causes over 21,000 overdose deaths and 12,000 drug-related homicides every year.

U.S. President Donald Trump has pledged to “break the back” of the cartels by building a wall on the Mexican border and declaring a war on crime. You can’t fault the president for trying to do the job that he was elected to do: enforce the nation’s laws. But North America’s drug problems are deeper than a wall can fix. It is a principle of economics that where there is a demand there will be a supply. As long as there is a $100 billion per year demand for drugs, such as heroin, cocaine and methamphetamines, in the United States, drugs will flow north and drug money will flow south.

Hard-core drug legalization advocates will say that the solution is to legalize marijuana and decriminalize “hard drugs” like heroin and methamphetamines, even though both history and common sense show that drug legalization further increases addiction rates. The truth of the matter is that police are getting their heads sawed off in Mexico because a spiritual sickness has taken root throughout North America.

In the U.S. and Canada especially, the majority of children grow up in broken homes that do not teach them about self-mastery, restraint, moral uprightness, integrity or lawfulness. Millions of these children grow up with no sense of hope in their lives, and so they try to fill the spiritual void with drug-induced moments of fleeting euphoria. But the fruits of drug addiction only lead to more violence, domestic abuse and family breakdown.

This isn’t a problem that’s going to be solved by the White House; it is a problem that must be solved in the 168 million houses spread across Mexico, the United States and Canada. If there isn’t repentance on a nationwide scale, the ripple effects of family breakdown will continue to spread until the entire North American continent experiences a tsunami of violence even worse than the horrific crime wave that has already inundated Mexico.