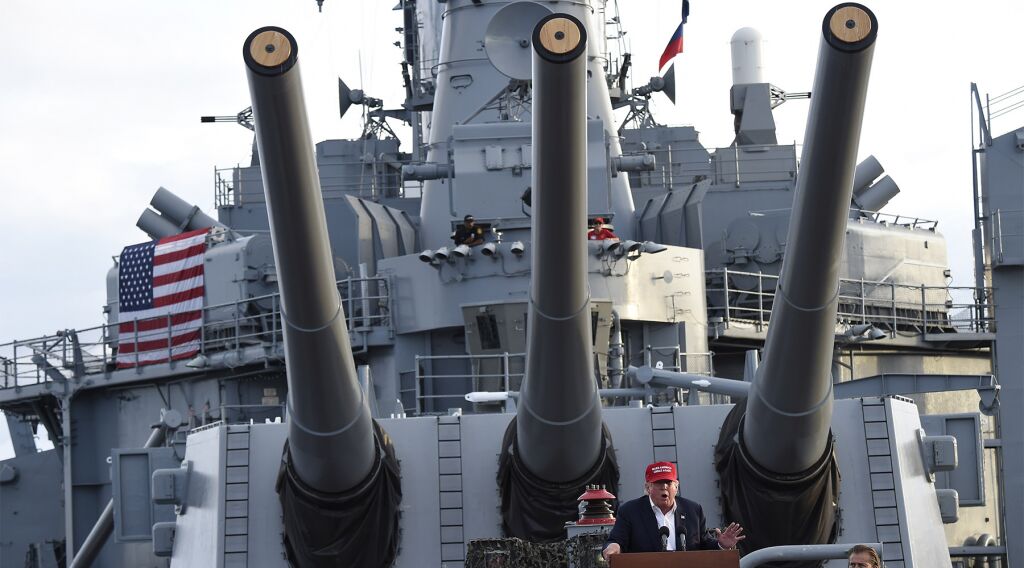 The United States Navy is the most dominant military force in world history. Its firepower compared to rival fleets makes it unchallengeable. However, that power is eroding.

To counteract this trend, President Donald Trump has vowed to implement the biggest shipbuilding strategy since Ronald Reagan. The president said that the U.S. Navy is at its smallest since World War i and needs rapid expansion to avoid collapse. With China, Russia and Iran challenging U.S. naval hegemony, it seems like an appropriate response. Indeed, the U.S. Navy has been losing its edge technologically and numerically since the end of the Cold War. However, this is not the most dangerous threat it faces.

The U.S. Navy has a crisis in character. If not solved, it will completely neutralize one of the greatest forces for good in the world.

In an article titled “The U.S. Navy Is in Trouble, but Building More Ships Won’t Save It,” Matthew Gault wrote for the website Task and Purpose:

But the rot at the core of the U.S. Navy is of a variety that no amount of cash can cure. Over the past two decades, the American military in general, and especially the Navy, has experienced an unprecedented number of ethical failures. Flag officers fall to corruption scandals with frightening regularity and the 7th Fleet—the single-most powerful naval force on the planet—is in the middle of a scandal that is unprecedented in scope.To fix the Navy, we don’t need more ships. We need ethical reform.

Every branch of the U.S. military has faced ethical scandals ranging from sexual misconduct to financial extortion. Every service relies upon commissioned and noncommissioned officers setting the example in the code of conduct and in representing the character of the unit. Without this leadership, no military organization can escape ruin.

Gault provided an insidious anecdote of the corruption found in the U.S. Navy:

Over the past 25 years, Glenn Defense Marine Asia did business with the U.S. Navy throughout the Pacific. The contractor operated ports throughout the region and provided ship-husbanding services to some of the biggest and most powerful ships at sea.It all came crashing down in 2013 when the U.S. Justice Department arrested gdma’s ceo, Leonard Glenn Francis, better known as “Fat Leonard.” The Malaysian playboy had bilked the American taxpayer for years by overcharging for basic ship-husbanding services in the Pacific. He maintained his criminal enterprise by buying off dozens of U.S. Navy personnel.

The Fat Leonard scandal even touched the chief intelligence officer in the navy, Vice Adm. Ted Branch. This is just a prelude to a long list of scandals that have impacted the taxpayer and the reputation of the Navy. Gault continued:

The Fat Leonard case is the biggest ongoing Navy corruption scandal, but it’s hardly the only one. In 2015, officials relieved the captain of the uss Lake Erie of duty, citing a “poor command climate” aboard the ship. That same year, a cheating scandal rocked the Navy Surface Warfare Medical Institute. The Navy kicked out 31 sailors from the school, discharged 13 more, and fired two leaders.The U.S. Navy is a Bermuda Triangle of integrity, where sailors’ moral scruples mysteriously vanish without a trace. The Pentagon spends too little time teaching ethics and morality to its Naval officers. To keep scandals at bay and keep the Navy strong, this has to change.

This character crisis in the American Navy is simply a reflection of the decay found in American society. Every military organization eventually becomes a mirror of the society it protects, no matter how righteous the creed of military ethics. This is exactly what happened in ancient Rome, where the general lawlessness of the citizenry seeped into the military officers and soldiers, until they lacked the character and the will to resist the Germanic hordes. It is a terrible indicator of the moral climate of the American Navy.

Without a benevolent maritime power, the world financial system and free trade falls into chaos, subject to the predatory policies of Iran, China and Russia.

However, the rotten heart of the U.S. Navy is far more than lack of ethics. The American people and the American military have a special history and thus are being judged by a special standard. The United States of America has had a special history with the God of the Bible, and rebellion against God’s law has brought great curses upon the nation. The corruption in the U.S. Navy is just another sign of the moral decay and the reason why America will continue to decline. To learn more about the future of the world’s greatest maritime force, read “The History and Future of the U.S. Navy.”