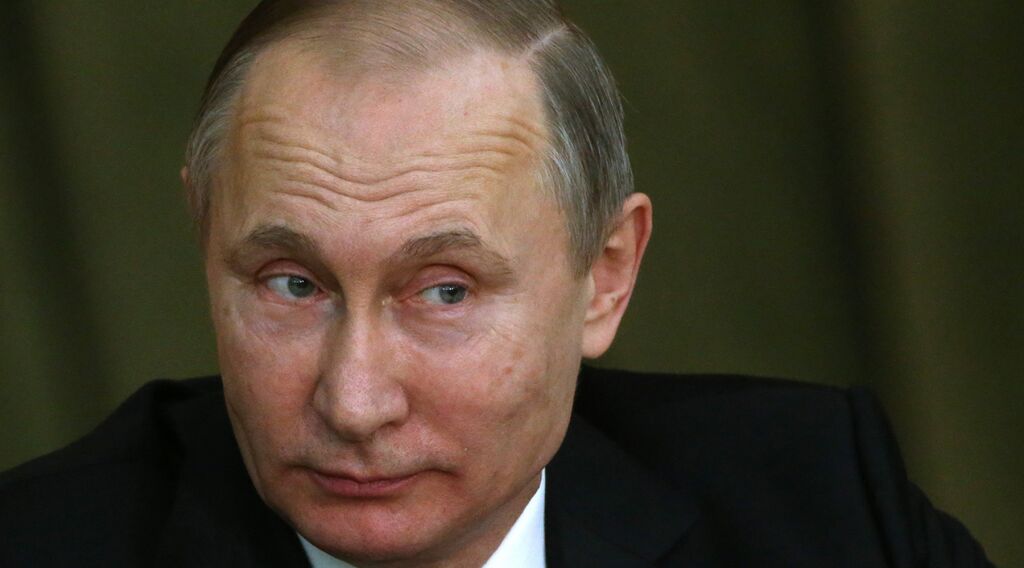 How will the previously pro-Russian president respond?

President Vladimir Putin’s Russia had a busy week of provocations against the West, buzzing an American vessel, violating a key nuclear arms treaty, sending a spy ship near a United States military base, and doubling down on its claims to Crimea.

Taken together, these moves show an emboldened Russia that is increasingly provocative. The behavior presents a test and a challenge to U.S. President Donald Trump.

The aircraft’s transponders were switched off, and pilots did not respond when the Porter’s crew hailed them via radio. “These incidents are always concerning, because they could result in miscalculation or accident,” said Navy Capt. Danny Hernandez.

One of them flew within 200 yards of the U.S. destroyer, marking the first such Russian military provocation since Mr. Trump became president.

Also, it was reported on Tuesday that Russia has deployed two battalions of its new ssc-8 ground-launched cruise missile. The deployment of the nuclear-tipped missile marked a stark violation of a milestone Cold War-era treaty that forbids the U.S. and Russia from fielding land-based, intermediate-range nuclear missile systems.

Before President Ronald Reagan and Soviet leader Mikhail Gorbachev signed the 1987 Intermediate-Range Nuclear Forces (inf) Treaty, such weapons as the Soviet ss-20 and the American Pershing ii cast a dark shadow over Europe. These systems were mobile, highly accurate, and capable of being hidden and quickly redeployed. They could fire multiple independently targetable nuclear warheads on cities—all within just a few minutes.

In a deterrence environment, such systems are inherently destabilizing. So Reagan and Gorbachev agreed to dismantle them and ban future development of such systems.

But Putin does not agree with Gorbachev’s decision to sign the inf any more than he agreed with the decision of his other predecessor, Nikita Khrushchev, to give the Crimean peninsula to Ukraine. So, as with the Crimean decision, Putin reversed it.

But rather than heed these calls from Washington, the Russians denied that they were violating the inf Treaty and forged ahead with the nuclear missile system.

Now the ssc-8 is not just fully operational, it has been deployed.

Skimming the Edge of U.S. Waters

The next morning, the Russian spy ship Viktor Leonov was spotted 30 miles off the coast near Groton, Connecticut, where Naval Submarine Base New London hosts the United States Navy’s attack submarine fleet.

Though the missile-armed vessel remained in international waters, it was the closest it has ever traveled along the United States’ eastern seaboard, and the furthest north.

Also on Wednesday, Russia defiantly affirmed that it will never return Crimea to Ukraine or discuss the issue with foreign powers. The statement came after the White House unexpectedly said President Trump expects Moscow to hand the annexed territory back over to Ukraine.

This was a position Mr. Trump had not previously taken, and the Russians responded to the statement with the scorn that Kremlin-watchers expected. “We don’t give back our own territory,” said a spokesman for the Russian Foreign Ministry. “Crimea is territory belonging to the Russian Federation.”

Kremlin spokesman Dmitry Peskov said, “The theme of returning Crimea will not be discussed. … Russia does not discuss its territorial integrity with foreign partners.”

This uptick in Russian provocations comes as President Trump’s top security adviser, Michael Flynn, left his post on Monday. His ouster came after U.S. intelligence operatives internally leaked an edited version of a telephone conversation Flynn had in December 2016 with a Russian diplomat. The leak was a felony violation of federal law, and though Flynn denies any wrongdoing during the call, it resulted in him resigning after less than four weeks on the job. Flynn’s failure to accurately disclose details of the call to the Trump administration likely also contributed to his ouster.

Though some of Russia’s provocations came before the Flynn ouster, they intensified considerably after it. This intensification was likely intentional. Flynn was far and away the most pro-Russian member of Trump’s advisers. Some view his ouster as a worrying indication of the anti-Russian U.S. intelligence community’s political power.

Flynn’s real “offense” appears to be that he favors détente with Russia rather than escalation of a new and dangerous Cold War. Trump’s idea of a rapprochement with Moscow—and a search for areas of cooperation and compromise—has been driving Official Washington’s foreign policy establishment crazy for months and the neocons, in particular, have been determined to block it. …
Flynn’s resignation and its acceptance by Trump also prove that these tactics work and that “tough-guy” Trump is not immune to them. …The so-called permanent government of Washington and its complicit mainstream media—what some call the Deep State—have taught Trump a lesson and have learned a lesson, too.

Normally intercepts of U.S. officials and citizens are some of the most tightly held government secrets. This is for good reason. Selectively disclosing details of private conversations monitored by the fbi [Federal Bureau of Investigation] or nsa [National Security Agency] gives the permanent state the power to destroy reputations from the cloak of anonymity. This is what police states do. …In the end, it was Trump’s decision to cut Flynn loose. In doing this, he caved in to his political and bureaucratic opposition.

It is possible that after Flynn’s departure, Moscow determined that, despite what Mr. Trump’s personal views toward Russia may be, his administration is not capable of overpowering the anti-Russian Deep State in order to broker a détente with Moscow. So the Flynn ouster may have prompted the Russians to essentially give up on the prospect of improving their ties with America.

Charles Maynes, an independent journalist in Moscow, told the Takeaway on Thursday that the Russian media is reporting on the ouster of Flynn as a loss for Moscow. “Generally speaking, there’s a sense that General Flynn was an ally,” Maynes said. “He was someone within the Trump camp that was pushing for better relations with Russia …. So I think there’s a sense that they lost one of their own.”

Whether or not that belief was part of Russia’s calculus, the increasingly provocative behavior presents a formidable test to Mr. Trump. Will he let these provocations go unchecked as the Obama administration generally did? Or will he scrap his previously stated hopes of a U.S.-Russian détente and take some measure of action against them? If so, what might that action be?

In any case, the future for U.S.-Russia relations looks uncertain, and the provocative behavior from Russia appears ready to further increase.

To understand why such behavior from Vladimir Putin’s Russia is profoundly significant and to see where it will lead in the months and years ahead, watch Trumpet editor in chief Gerald Flurry’s recent Key of David episode “The Prophesied Prince of Russia.”