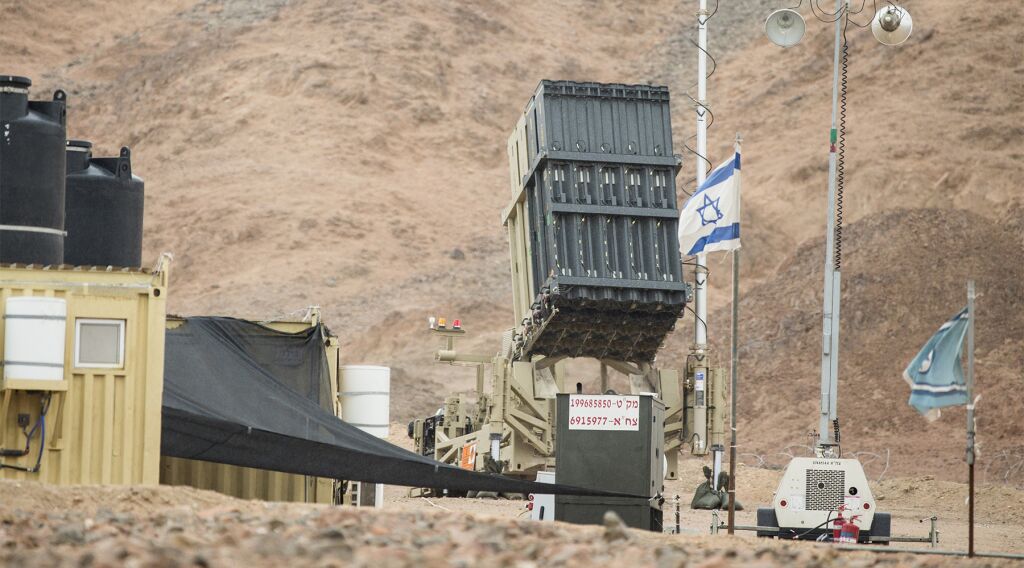 Warning sirens rang out across Eilat, Israel, last night as multiple rockets shot toward the city. Inbound from Egypt’s Sinai Peninsula, the rockets were intercepted and destroyed by the Israel Defense Force’s missile defense system, Iron Dome. Last night was the first time in more than two years that Israel has had to use its Iron Dome system to protect the citizens of Eilat from rocket attacks. A group called Sinai Province, an Islamic State-affiliate, claimed responsibility for firing the rockets.

Since its inception, Sinai Province has been preoccupied with battling Egyptian soldiers. The group has also targeted Israelis with sporadic attacks. In 2011, militants crossed over the Israeli border and opened fire on a bus, murdering eight Israelis. In 2014, the group fired antitank rounds over the border, wounding two Israeli soldiers.

Last night’s unpredictable launch from the Sinai shows how susceptible Israel is to attacks from multiple fronts. Militants are encroaching from the Golan Heights, terror groups are occupying the Gaza Strip and the West Bank, and neighboring Arab nations, including Lebanon to the north and Egypt to the south, are openly hostile toward the Jewish state.

Israel has always been in a strategically vulnerable position. Egypt, in particular, is critical to Israel’s security. Geopolitical analyst George Friedman wrote in 2007, “The single most important neighbor Israel has is Egypt.”

That terrorists are able to sporadically launch rockets from the Sinai indicates that Egypt does not have control of the area. That fact alone is deeply troubling to Israeli civilians trying to go about their lives and to Israeli leaders worried about the overall security of their nation.

Instability in Egypt is a trend we watch closely at the Trumpet. Bible prophecy forecasts that radical Islam led by Iran will exploit this situation in a dramatic way. Egypt will fall into the radical Islamic camp—a shift that Trumpet editor in chief Gerald Flurry has been warning about for over 20 years. Militants running lose in the strategic Sinai Peninsula pose just one of many problems the nation is struggling with. For more on where these events in Egypt are heading, watch Mr. Flurry’s 2011 Key of David program “Egypt and Libya to Join Iran’s Terrorist Network.”