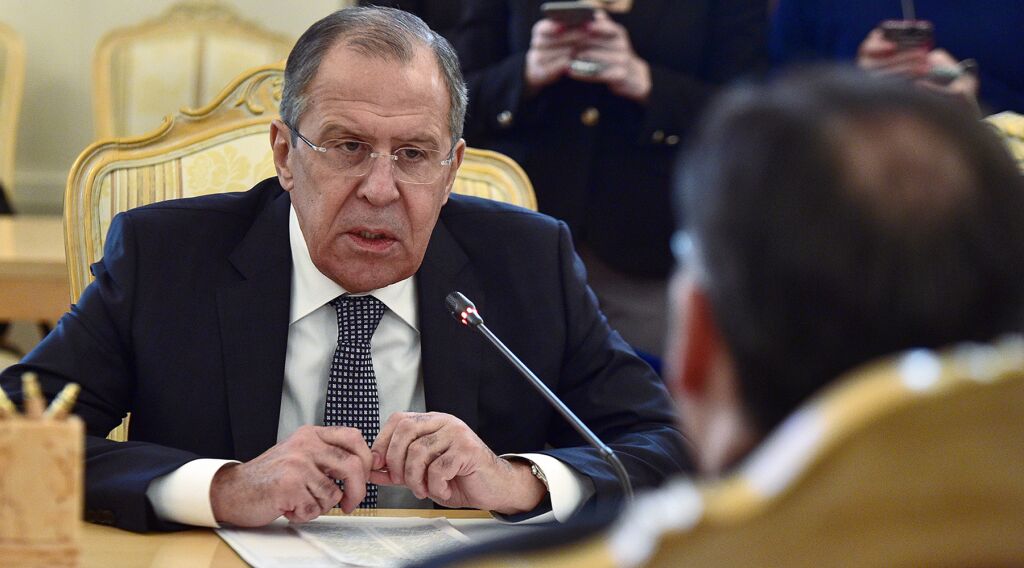 There is a sobering reason why the former Soviet Union is reversing its retreat from the graveyard of empires in dramatic fashion.

Ever since the Soviet Union’s humiliating retreat from Afghanistan in 1989, Russia has meddled with Afghanistan with extreme caution. That is, until recently.

On Tuesday, Russian Foreign Minister Sergei Lavrov announced that his nation will host a conference on the future of Afghanistan later this month. Russian authorities expect to meet with representatives from Afghanistan, China, Pakistan, Iran and India. The United States was not invited, despite its enormous investment in Afghanistan politically, militarily and financially.

The conference is the latest instance of Russia hijacking the American-led operation in Afghanistan. The first instance occurred last year, when Moscow hosted two covert conferences with officials from Pakistan and China to forge a solution for Afghanistan. Afghan officials were not even included in the talks. The same three ascendant powers met again in Moscow on December 27. This time—barely two months after the election of United States President Donald Trump—they were ready to publicize their meetings. It was as if they were ready to announce to the world that Russia was in the process of commandeering the Afghan peace process in a manner nearly identical to Russia’s hijack of the Syrian crisis. At the very least, they seemed to be announcing to America’s new, seemingly pro-Russian president that Moscow was creating a solution for a war that has drained much American blood, treasure and time.

In Tuesday’s announcement, the Russian foreign minister said, “We are expecting that our partners will be represented at a high level. … [T]he Taliban must be included in a constructive dialogue.”

Russia’s involvement in Afghanistan is not new. Dealing with the Taliban, however, is. …Moscow [is] happy to see Washington embroiled in wars in the Muslim world because a United States bogged down elsewhere could do very little against a resurging Russia. In the past few years, the Russians have seen that Afghanistan is no longer important to the U.S. This has caused a shift in Russian thinking. On one hand, the Kremlin has been forced to get involved because the U.S. has scaled back its involvement. However, Russia has the additional benefit of inserting itself in an area of interest for the U.S. in hopes that it can increase its leverage over Washington.As a result, Moscow has been moving toward enhancing relations with the Taliban (January 18).

The U.S. has also been conducting peace talks with the Taliban, but it has been doing so with caution and with little success. Russia and its allies have been seeking more international legitimacy for the Taliban as part of the peace talks. A Russian foreign ministry official told reporters in December that Russia, China and Pakistan had agreed on a “flexible approach to remove certain [Taliban] figures from sanctions lists as part of efforts to foster a peaceful dialogue between Kabul and the Taliban movement.”

Russia’s increased cooperation with Pakistan is also significant. Pakistan provides worrying levels of support to the Taliban. In a January 12 article, Stratfor noted that Pakistan “is arguably the most important foreign actor in Afghanistan,” and “the United States has been working to diplomatically isolate Pakistan.”

But Russia certainly isn’t isolating Pakistan. In fact, it is embracing its chief allies and those players it deems essential to a lasting solution, however unsavory and/or anti-Western they might be. Just like it embraced Iran and Hezbollah in Syria.

In Afghanistan, Russia wants the status of chief broker. It is going to get it. It wants to undermine U.S. influence in the crippled nation, and it is going to accomplish that as well. And through it all, Russia is building some critical alliances.

“The Bible warns us to expect a great power rising from the east,” we wrote in our free booklet Russia and China in Prophecy. “It calls it ‘the kings of the east’ ….” Those “kings,” as our booklet explains, represent some of the very nations that are embedding themselves deeper into Afghanistan: Russia, China, Pakistan and India!

As Russia and its allies increase their cooperation and their influence in Afghanistan, the greater Middle East and Eurasia, this resurgence is bound to wittingly or unwittingly frighten Russia’s neighbor to the west—Europe.

Russia has been outside the mainstream of world affairs for over a decade. But now it is moving back to the center of global events, and even the Russian people don’t understand why it is happening. But you can know. All we need to do is understand the Bible, which tells us to watch world events—not dates.World events will date the Bible’s prophecies and reveal where we are in the overall time frame.A more dictatorial Russian government is coming fast, and you need to know where it is leading. That power will be able to challenge Europe, when nobody else can, including the U.S. The EU is going to become the world’s number-one superpower. So says Bible prophecy. …Europe has not forgotten Russia’s recent dictatorial history. It is nervous for good reason. And it is going to get a lot more nervous in a few short years.Europe’s becoming very nervous about the outcome of the Russian election gives us a flash of light into a terrifying Bible prophecy. It is building now—at this moment—to a spectacular fulfillment! All of these events in Russia and Europe are working out according to God’s master plan.

That master plan will culminate in the ending of all conflict and the beginning of global tranquility among nations—because God will intervene to cause it, thankfully.