How can you undo democracy? Undo the education of the voters. 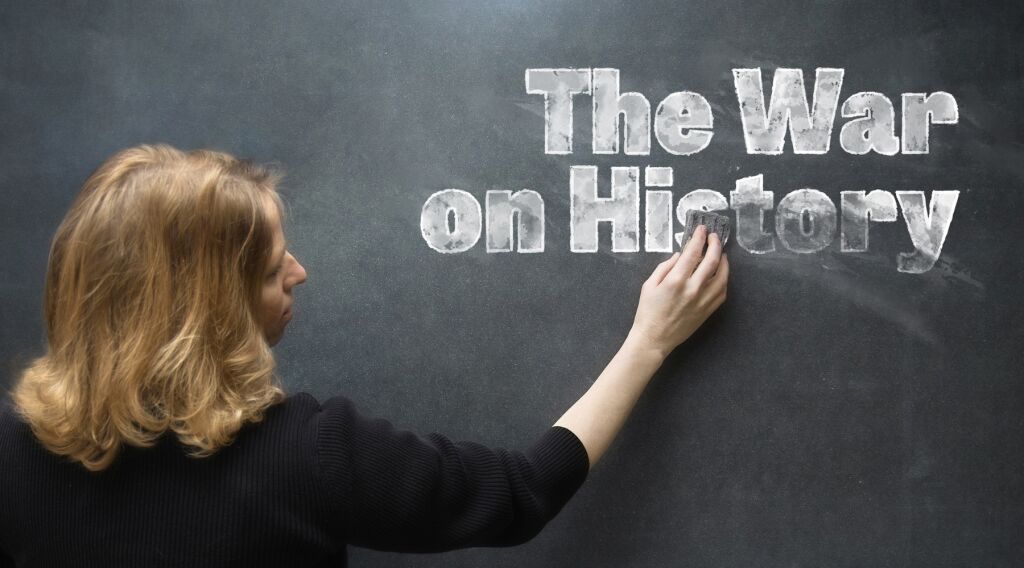 How can you undo democracy? Undo the education of the voters.

Democracy is fast losing its appeal. A growing number of today’s youth have a diminished view of democracy as a viable form of government. One cause for this trend is the decades-long decline in teaching history in American public schools and universities.

The American Historical Association (aha) released a report last September showing that between the 2012–2013 and the 2014–2015 school years, undergraduate enrollments in history declined by 7.6 percent. Of 123 history departments, 96 reported decreases, 55 of which dropped by 10 percent or more.

The decrease in history degrees conferred over the same period is the greatest change, up or down, over the past 15 years. Millennials (those born in the 1980s and 1990s) showed a marked disinterest in learning about history at the secondary level. The fact that fewer young people are learning from the past may explain why a rising minority are not disturbed by the prospect of military coups, technocracies and other authoritarian regimes (article, page 6).

But even for those who are interested in learning history at American universities, what types of courses are the professors teaching?

The increases in specialized history have been accompanied by a decrease in the education of fundamental, core subjects vital to national wellbeing, such as the Constitution, the Civil War, the lives of great leaders and general history of Western civilization.

University administrators have replaced these courses of study with such specialized classes as Harvard’s “Emotions in History” and Yale’s “Indigenous Religious History,” “Witchcraft and Society in Colonial America,” “History of the Supernatural” and “Sex, Life and Generation,” to name a few. Stanford provides a study on “Mad Women: The History of Women and Mental Illness in the U.S.”

This lack of solid historical education may be a key reason why so many millennials say they would tolerate a military coup or the removal of all checks and balances in the U.S. government. They never learned whether or why their constitutional form of self-government brought safety, opportunity and prosperity to American citizens and helped the world: It just didn’t come up in class. Yet ignorance of history leaves an individual without any memory beyond his own, without any guide by which to make decisions. For instance, a strong, autocratic leader may appear attractive if you have never learned the historical facts about Mussolini, Hitler, Stalin and Mao.

Not only do specialized classes avoid these historical lessons, they also usually carry a politicized message. Studies of subjects such as race, gender, religion and the environment confine their focus to social issues, championed by those with a social, political agenda. The narrow focus of such a course disconnects it from its place in the arc of history, causing wrong conclusions to be drawn. It can create an unfair bias in which the truth and the past are distorted.

What caused the eroding of history education in America? Was it neglect? Was it an accident? Was it intentional?

American education readily adopted the liberalism of German rationalism in the early 1900s. Two world wars later, American politics became much more liberal between the 1950s and 1970s. The various civil and social rights issues sparked a wave of change. Communism, the promise of a classless, borderless utopia of income equality, became popular among young people and among professors; many openly praised Karl Marx and Frederich Engles, and even Joseph Stalin and Mao Zedung.

“In the 1960s and ’70s, America had many problems with rioting and violence on college campuses,” Trumpet editor in chief Gerald Flurry writes in his booklet Great Again. “Educators would ask who was in charge, and in almost every case, there was nobody in charge except the people who were rioting.

John Lukacs wrote in his book Remembered Past about a “wave of revisionism” that “came not from the New Right but from the New Left. These were the historians who during the fretful 1960s attempted to rewrite the origins of the Cold War with Russia, arguing and claiming that American foreign policy and aggressiveness were at least as responsible, if not more, for the coming of the Cold War as was the Soviet Union. … Unlike the revisionists of the 1920s and 1940s, these authors had little opposition from most of their historian colleagues: for such was the, generally leftist, intellectual tendency of the American 1960s.”

The students who rioted on university campuses against the Vietnam War or protested over civil rights are now the instructors. Individuals with radical political views, especially those who espouse communism, have become powerful voices in the American educational system. Many view communism as an alternative to the U.S. Constitution. Barack Obama is a product of such radical instructors. (Request a free copy of America Under Attack for more background on Mr. Obama’s education.)

Have millennials, scholars and educators found a better alternative to democracy? Has the erosion of history education and the establishment of an antidemocratic, radical-left worldview led to a better nation and a better world?

Democracies die at the hands of those they govern. While there are many causes for the discontent with democracy today, one important cause is ignorance of the human alternatives.