America is going to become great again, but not the way millions of Americans think. 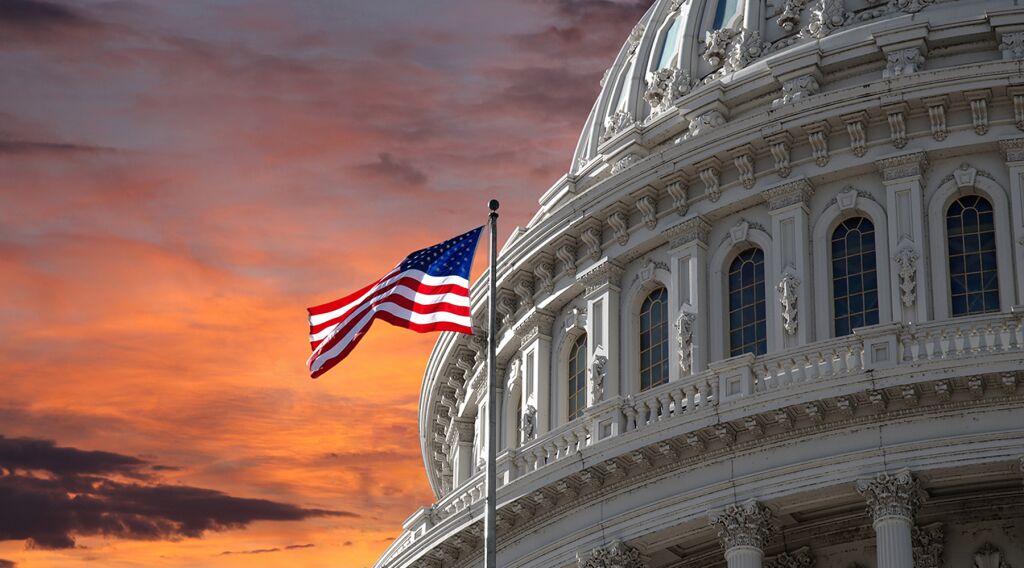 America is going to become great again, but not the way millions of Americans think.

I just promoted my new booklet Great Again on television for the first time. This booklet was published in the summer of 2016. President-elect Donald Trump published a book with the same title at about the same time! When my new booklet went to press, I knew nothing about Mr. Trump’s book. It was originally titled Crippled America. He changed the name to Great Again.

Is this scenario just coincidence? I don’t think so.

People need to compare the two books. Both are about America becoming great again. But they are polar opposites in how that will be achieved.

America is now faced with a choice. My booklet is based on Bible prophecy. It is the only message that can and will prevail—and you can prove it. God has set before us a choice between life and death (Deuteronomy 30:19). My booklet Daniel Unlocks Revelation proves that this scripture is prophecy for today.

A few writers and commentators are beginning to see something is dreadfully wrong with America.

In her last Wall Street Journal column before voters went to the polls in the 2016 presidential election, Peggy Noonan wrote, “A closing thought: God is in charge of history. He asks us to work, to try, to pour ourselves out to make things better. But He is an actor in history also. He chastises and rescues; He intervenes in ways seen and unseen. Or chooses not to. 2016 looks to me like a chastisement. He’s trying to get our attention. We have candidates we can’t be proud of. We must choose among the embarrassments. What might we be doing as a nation and a people that would have earned this moment?” (Nov. 3, 2016; emphasis mine throughout).

This writer works for one of the most prestigious newspapers in the world.

Peggy Noonan does not believe Donald Trump will make America great again. She thinks he is some kind of strong correction from God!

She believes that God “chastises” for our sins.

We can all see that Mr. Trump has promised to deal with some serious problems in America. Millions of Americans are excited about that. And they have a right to be.

After the election, Ms. Noonan softened her view and expressed some optimism about a Trump presidency.

But she was correct before: Mr. Trump is going to turn Americans even more away from God. She was also right in saying that we have brought this chastisement upon ourselves—by looking to men instead of God and His Bible.

However, she did not explain how or why. My new booklet explains how God’s chastisement is going to play a major role in making America great again! In fact, America is soon to become greater than it ever has been in the past—by far!

Ms. Noonan also said that God is “trying to get our attention.” The Bible relates how God has done that throughout history. But it takes more than just being chastised to get our attention. We must know that God teaches us why we are chastised—what kind of changes are required. And most important of all, we must see it’s coming from a loving God. He also warns us before He chastises, telling us how to avoid being chastised.

That is precisely what our new booklet—Great Again—explains. (Request a copy. All of our literature is free.)

God has led us to warn America, Britain and the Jewish nation for over 80 years. He has given us ample new revelation from the Bible that you can prove.

God is trying to get these nations’ attention through this new booklet and all of our messages. That is the only way God will keep us from being chastised as no other people on Earth ever have been.

Here is a short excerpt from our Great Again booklet:

America has been the world’s only superpower for decades now. After World War ii, it assumed the mantle of the greatest power on Earth from Great Britain. The time that these two nations have been preeminent in the world has been remarkably peaceful. As historian Andrew Roberts wrote, “War has been the almost constant lot of mankind since the days of Rome, yet the English-speaking peoples have presided over a longer period of peace between the Great Powers than at any time since the Dark Ages” (A History of the English-Speaking Peoples Since 1900). Winston Churchill said in 1938, “It is the English-speaking nations who, almost alone, keep alight the torch of freedom.”

In the second half of the 20th century, Britain fell from being a globe-girdling empire to being an isolated, middle-rate power. Now, America is following the same course. Darkness is descending on the long, historically extraordinary Anglo-American age.

History teaches that world orders don’t last. They come and they go.

Many people are celebrating America’s loss of power. But the world is about to find out what kind of nightmares occur when other, more violent nations fill the void that America is leaving behind. This planet is about to experience a short, shocking period of unimaginable brutality and barbarism.

In September 2006, President George W. Bush tried to get the world’s most powerful leaders to sign a document condemning Iran (and its puppet Syria) for causing the current Middle East conflict. The whole world knows that Iran is the primary sponsor of Hezbollah in Lebanon and Hamas in Gaza. But Russia, China and other nations said there was no evidence to support such a view!

Russia and China are America’s enemies. Will we ever stop believing Russian President Vladimir Putin’s words and judge him by his actions? Do we ever practice the biblical statement “by their fruits you shall know them”? If we don’t know our enemies by their deeds, our nation is in grave danger.

Mr. Trump and the Russian Trap

The new American president has expressed a fondness for Vladimir Putin. Mr. Trump also believes he can work with him. Barack Obama had similar views, and he was humiliated and shown to be an extremely weak spectacle before the world for eight years.

Did Mr. Trump learn anything from that wretched history?

Putin is setting a deadly trap for President Trump, just as he did for Barack Obama.

Charles Krauthammer, one of America’s outstanding foreign-policy analysts, wrote on Dec. 1, 2016: “The autocracies are back and rising; democracy is on the defensive; the U.S. is in retreat. Look no further than Aleppo. A Western-backed resistance to a local tyrant—he backed by a resurgent Russia, an expanding Iran and an array of proxy Shiite militias—is on the brink of annihilation. Russia drops bombs; America issues statements [as groups of little children beg for their lives!].

“What better symbol for the end of that heady liberal-democratic historical moment. The West is turning inward and going home, leaving the field to the rising authoritarians—Russia, China and Iran. …

“As for China, the other great challenger to the post-Cold War order, the administration’s ‘pivot’ has turned into an abject failure. The Philippines openly defected to the Chinese side. Malaysia then followed. And the rest of our Asian allies are beginning to hedge their bets. …

“The West’s retreat began with Obama, who reacted to (perceived) post-9/11 overreach by abandoning Iraq, offering appeasement (‘reset’) to Russia, and accommodating Iran. In 2009, he refused even rhetorical support to the popular revolt against the rule of the ayatollahs.

“Donald Trump wants to continue the pullback, though for entirely different reasons.”

My new booklet has chapters illustrating why Russia is so devious and dangerous. It has been planning America’s destruction for over 70 years. It is clearly documented history that is painful to read. That is especially true because our people are ignorant of that history.

Here is a press release from Sen. Marco Rubio’s office regarding the choice: “While Rex Tillerson is a respected businessman, I have serious concerns about his nomination. The next secretary of state must be someone who views the world with moral clarity, is free of potential conflicts of interest, has a clear sense of America’s interests, and will be a forceful advocate for America’s foreign-policy goals to the president, within the administration, and on the world stage” (Dec. 13, 2016).

What are these foreign-policy goals going to be? Will America know who its real enemies are and take a strong stand against them?

The secretary of state will be giving the U.S. president direct information from other world leaders. Sen. Lindsey Graham believes that Trump and Tillerson are naive about Russia.

“Mr. Tillerson is a talented businessman with a great deal of international business experience,” Senator Graham said. “Based upon his extensive business dealings with the Putin government and his previous opposition of efforts to impose sanctions on the Russian government [which had been put in place because of its violent conquering of other countries], there are many questions which must be answered. I expect the U.S.-Russian relationship to be front and center in his confirmation process” (Politico, Dec. 13, 2016).

Sen. John McCain is also concerned, raising questions about Mr. Tillerson’s ties to Putin. “I have concerns about what kind of business we do with a butcher, a murderer and a thug, which is exactly what Vladimir Putin is,” he told National Public Radio (Dec. 13, 2016).

Senator McCain talked about Putin’s “outrageous” actions in Syria, supporting dictator Bashar Assad. “What’s really egregious is now the precision strikes that Russian aircraft are dropping—precision weapons on hospitals in Aleppo. [T]here is no depth that these people won’t plummet,” he said.

The Wall Street Journal reported that in 2011, Tillerson negotiated an energy partnership with President Putin that Putin said could be worth as much as $500 billion. Soon after, Tillerson received the Russian Order of Friendship, one of the highest awards Russia gives to foreign nationals.

Vladimir Putin is indeed a butcher. He is not only a murderer but a mass murderer! He is responsible for the deaths of many thousands in his own country, the former Soviet Union and Syria.

Putin has killed thousands of innocent women and children in Syria. He has also been a major player in creating millions of refugees from that area. He is totally unconcerned about the massive and intense suffering!

How can we ever hope to be friends with Putin as he supports the worst terrorist sponsors in the world?

We have the illusion that negotiations can solve any problem. Negotiation will never solve our problems with Vladimir Putin!

America should not even be negotiating with Putin until he stops fighting alongside the world’s worst terrorists. These terrorists are dedicated most of all to destroying America, the Jewish state and anybody else who gets in their way.

The Bible states that we have lost our “natural affection” for human rights and true freedom. If we have any morality left, how can we cozy up to such murderous monsters?

The fact that we do, speaks volumes about America and its values!

God commissioned America, Britain and the Jewish state to be champions for freedom throughout the world. That is the Bible’s message. How many of America’s leaders ever bring God and His Bible message into the picture—as our forefathers did?

Therein lies our only hope.

As Peggy Noonan said, God chastises. That is a lesson taught throughout the Bible. So brace yourselves.

In spite of all this, our new booklet shows that there is an awe-inspiring end to all of these terrifying problems.