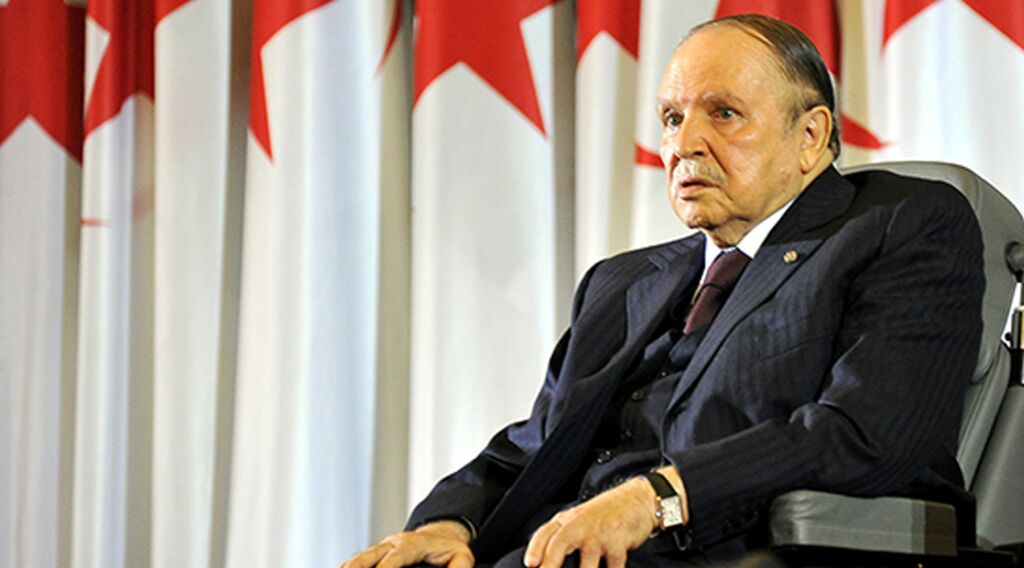 Algeria may be about to lose its strongman—and its stability.

Algerian President Abdelaziz Bouteflika has almost vanished from the public eye. Ever since a stroke in 2013 left the president wheelchair-bound and battling numerous health issues, observers have been wondering what a soon-coming, post-Bouteflika Algeria will be like.

The ramifications extend far beyond Algeria’s porous borders. The Trumpet believes that the removal of this strongman will foster confrontation between two regional powers—one from the Middle East and one from Europe.

The catalyst for this impending showdown is national instability. The loss of 79-year-old Bouteflika may revert Algeria back to anarchy—fertile ground for radical Islam. The nation has not always had the tightly controlled society we see today. Recent statistics from the Department of Homeland Security’s start center reveal that from 1970 to 2014, Algeria had the second-highest percentage (12 percent) of terrorist attacks among Arab countries.

Bouteflika played an instrumental role in ending the “black decade”—the civil war that raged from 1991 to 2002. During this conflict, the majority of the fighting was between the government and radical Islamists. The “black decade” led to the deaths of over 150,000 people. More than a million were internally displaced, and thousands were raped, abducted and tortured.

It is easy to see why the ailing president has worked so hard to keep Islamists in check, even though it meant wielding a heavy hand.

Perhaps you remember Jan. 16, 2013, when Islamists seized a natural gas facility in Algeria. Algerian authorities stormed the facility, killing 29 terrorists and capturing three. Thirty-nine foreign workers died during the incident. Algerian authorities later released statements claiming that some of the attackers had come from Egypt and had even participated in the assault on the United States Embassy in Benghazi, Libya, in 2012.

The Algerian government’s heavy-handedness in this and similar incidents—although drawing international condemnation—has kept radical Islamists in check. Should Bouteflika leave office, Islamists may attempt to capitalize on the instability and make their return.

In early February, the Algerian government made constitutional reforms to ensure that the transition of power from Bouteflika to his successor would be peaceful.

But even if the transition goes smoothly, Bouteflika’s successor will be inheriting a volatile nation. The porous borders to the south and east need constant military attention. The southern expanses are vastly uninhabited, yet they provide the lifeblood of the nation: oil.

Think tank Stratfor wrote in June last year, “The sharp decline in oil prices has stretched government finances, and the extended downturn in global energy prices—as well as losing the United States as one of the largest consumers of its light, sweet crude—will be a long-term issue for the government regardless of who is in charge.”

Combined, these factors expose Algeria as a tinderbox for civil unrest. All it needs are the radicals to light the match.

The UN’s Arab Human Development Report 2016 points to the possibility of another uprising, similar to the 2011 Arab Spring. It highlights the growing discomfort of youths in the Middle East. Remember, it was the youths who began some elements of the Arab Spring before it was hijacked by extremists.

Commenting on the UN report, the Jerusalem Post stated, “The age of a deceptive calm in the stagnating Arab world has passed.” The Jerusalem Post, other media outlets and the UN can see trouble brewing among those disenfranchised with the first Arab Spring.

Ironically, should a new wave of protests plague Algeria and the Arab world, the same outcome will eventuate, only worse. Since the last Arab Spring, the U.S. has further withdrawn from the region and alienated more allies, the Islamic State has arrived, and Iran has been injected with billions of dollars—dollars it can use to fund instability across the region.

Europe is watching these events in the Arab world—and preparing.

Already swamped with migrants, the last thing Europe needs is more refugees fleeing the war-torn Middle East and North Africa. But even if it is just Algeria that collapses into violence, the chaos could still prove catastrophic.

British author and journalist Stephen Pollard recently published an article for the Spectator titled “How Algeria Could Destroy the EU.” Pollard suggested that when Bouteflika leaves office, Algeria will “implode.” “The Islamists who have been kept at bay by [Bouteflika’s] iron hand will exploit the vacuum,” he wrote. “And then Europe could be overwhelmed by another great wave of refugees from North Africa.”

He pointed out that due to historic ties, France would likely have to bear the brunt of the refugee influx. This would likely increase popularity for Marine Le Pen’s right-wing political party, the National Front. Le Pen promises that should her party claim power, France will hold a referendum on leaving the EU. The EU would be shattered.

While only speculation, Pollard’s article shows how vulnerable Europe is to what is happening in North Africa. If Europe is to stave off this eventuality, it must meet radical Islam head-on.

In a December 2015 report, the New York Times referred to Algeria’s relative stability as a “critical bulwark against the jihadist movements encroaching in the region.” It was a fair assessment. With the U.S. aiding in the removal of strongmen in Libya and Egypt, Algeria suddenly became the outer edge of radical Islam’s grasp.

It is here that European countries are attempting to curtail the radical influence. One nation that stands out in this effort is Germany.

In “Watch Algeria!” from the April 2013 issue of the Trumpet magazine, editor in chief Gerald Flurry wrote:

Germany is looking to prop up Algeria in the face of Iranian-backed extremist infiltration.

The aforementioned article focused on the 2013 terrorist attack at the natural gas facility in Algeria. Mr. Flurry highlighted how Algeria was becoming a pivotal battleground between Europe and the Middle East. If you haven’t already, be sure to read his article here.

Prophecy in the book of Daniel mentions the coming confrontation between the king of the north (German-led Europe) and the king of the south (Iranian-led radical Islam). The Trumpet offers numerous articles, booklets and pamphlets proving these identities. If you are interested in any of this free literature, click the literature tab at the top of the page.

It is critical to understand the identities of these biblical personalities prophesied to clash in our time! Right now Algeria—located at the crossroads of north and south—is caught between two prominent powers.

You are going to see these two powers clash very soon …. The Daniel 11:40 clash between the king of the south and the king of the north is about to be fulfilled! All of this violence in Africa is just a prelude to the fulfillment of this prophecy.

Many trivialize what the Bible says about world events, but we will soon see the writings of the Prophet Daniel and many more come to mind-staggering reality. Both Europe and Iran are undoubtedly preparing for the end of Bouteflika’s reign. With so much at stake, we should too.