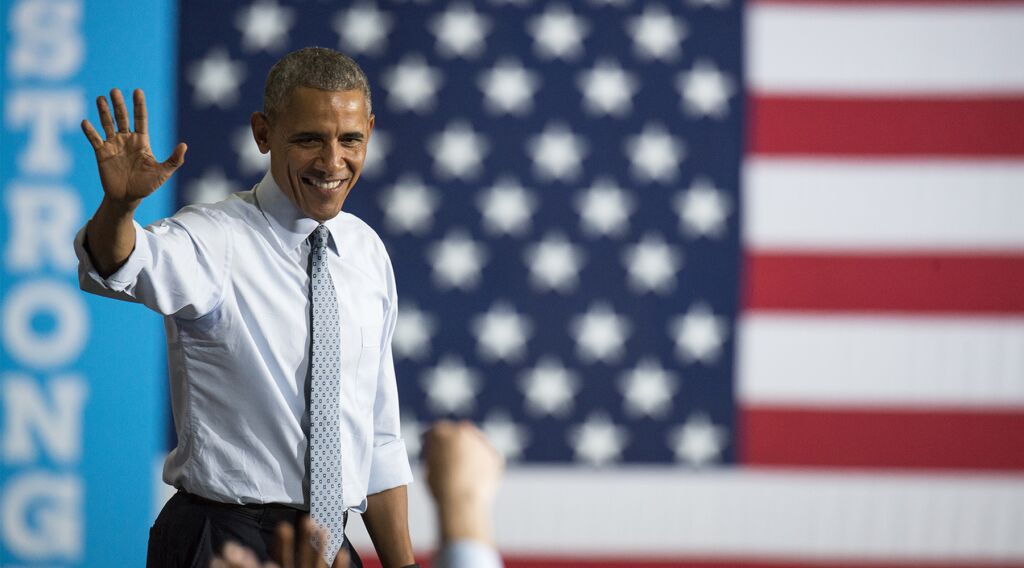 A few years before the Great War began, British philosopher Bertrand Russell penned an analogy describing the difficulty in determining just what would happen next. It’s called the Problem of Induction, and it involves a chicken. Since we’ve moved from Pax Britannica to Pax Americana, and in recognition of Thanksgiving Day, we’ll retell the story with a turkey.

A turkey is fed by its owners every day of its life. Each time it wakes up, it is treated well and equal to the other animals in the barn. With each passing day, the turkey reinforces its beliefs that its owners love it and that it will continue to be fed. Then, on what appears to the turkey to be an ordinary Wednesday, the pattern of events changes. The owner wrings the turkey’s neck and cooks it for the next day’s Thanksgiving dinner.

Everything the turkey felt—all the evidence—backed up its notion that is was safe. It was just missing one important fact: Its owners weren’t feeding it from the depth of their altruistic nature. There were other plans for the turkey.

In Russell’s philosophical language, he says the turkey would have benefited from “more refined views as to the uniformity of nature.” Philosopher Nassim Taleb comments that “the [turkey’s] feeling of safety reached its maximum when the risk was at the highest!”

The Most Peaceful Era in Human History

On Christmas Day, 2014, President Barack Obama told American troops the world was “safer” than it had ever been. Then in July 2016, he said that “we are living in the most peaceful” era in human history and that “the world has never been less violent.”

The world has avoided being engulfed in war for over 70 years. Joseph Stalin’s killings finished in the 1950s and Mao Zedong’s massacres ended in the 1960s. So what conclusion do we come to? Apart from a few localized aberrations (and they surely could have been avoided by wiser politicians), we’re becoming more peaceful. The spread of democracy has brought the spread of prudence. The world has never been safer. Correct?

Those who believe there will be a third world war are labeled as radicals. And radicals are the ones who start wars, right? To say there’s only an extremely slim chance of war is more fashionable. To repeat President Obama’s claim that “we are living in the most peaceful” era of human history is to be in vogue.

But what if humans have always said that? What if, instead of being able to predict or prevent the next war, we’re just the same as we have always been? What if we’re really just in the same situation as the turkey—sitting there with our human rights-loving, populist-hating and equality-embracing ideologies—looking at all the evidence thinking that we’ll be fine, oblivious to the strong hand reaching out to wring our necks?

Reading the Future From the Signs of the Present

When Hans J. Morgenthau, one of the founders of political realism, wrote his seminal work Politics Among Nations, he well knew that, barring knowledge from a more authoritative source, the “complexities of international affairs make simple solutions and trustworthy prophecies impossible.”

Which forces would prevail and what tendencies would survive were “anybody’s guess.”

But then he went on to describe some of the most striking prediction failures by some of the world’s most brilliant minds. Actually, it’s embarrassingly easy to find comments like the following. The hard thing is recognizing them for what they are—like President Obama’s claim—in your own time.

The well-known biblical phrase “shall come as a thief in the night,” which refers to a period of wars to end all war, is strikingly reminiscent of these embarrassing moments in world history. Those with a realistic worldview can see when the fig tree’s branches are tender and are putting forth leaves. Those with a progressive worldview preach “Peace, peace.”

In hindsight we can see these great minds suffered from our earlier turkey problem. All the evidence they could process brought them to their faulty conclusions. But they had missed something.

We didn’t mention the First World War in the examples above. Was it different? Did people see it coming? A high school history teacher might tell his students that World War I was inevitable—that Europe was bound in a series of alliances and mounting tensions. When Archduke Franz Ferdinand was assassinated, it was just the spark to set off the bomb that had already been set up.

Historian Norman Davies uses this narrative in his book Europe: A History: “In a climate of growing unease … they accelerated their preparations for war, assembling huge arsenals and training vast conscript armies, whilst carefully avoiding conflict for decade after decade.” Europe was a “cauldron of rivalries [and] fears,” and “hatreds steadily raised an explosive head of steam.”

Not all historians take this view, though; a notable exception is British historian Niall Ferguson. He tries to make sure he doesn’t draw up stories, or explanations, that neatly fit into what we think happened. Instead of, in Ferguson’s words, “retrospectively devis[ing]” an explanation, we should look closer at what people at the time were thinking.

Instead of thinking that war was inevitable, most people of the day were caught by surprise—thinking that peace would linger.

For one, the media throughout Europe recorded little public excitement over the assassination of Archduke Franz Ferdinand. If people were so worried about the “cauldron of rivalries” and “fears,” then why didn’t they think his murder was a big deal? French papers at the time reported more on a scandal involving a former prime minister.

Ferguson, in a descriptively named paper “Political Risk and the International Bond Market Between the 1848 Revolution and the Outbreak of the First World War,” argued that traders didn’t see the war coming either.

In the decades before World War i, the majority of economists and commentators believed that a war (or even the expectation of war) between any European powers would lead to a fall in the price of government bonds. The reasoning was as follows: If there were a war, governments would spend more and take in less tax revenues, and international trade would be disrupted. To compensate, governments would need to issue more bonds—making bond prices drop.

Thus in the last half of the 1800s, falling bond prices corresponded with each major clash of European powers.

In fact, you could track the major wars of the 1800s by just looking through a graph of bond yields.

But right before World War I began, investors didn’t react. When the archduke was assassinated, one would think investors would have known war was imminent. They didn’t. On the day of the assassination, bond yields barely twitched.

Once again it seems that Europe was stuck in a “turkey mind-set.”

To top it all off, in 1910, just four years before the Great War erupted, influential British journalist Norman Angell wrote a book called The Great Illusion. It argued that the European economy was so integrated, international trade was so all-embracing, that future wars were—you guessed it—extremely unlikely. Yes, it really was a great illusion.

The Next Great War

The idea that there will never be another world war is historically ridiculous. For that reason, nearly no one claims that there will never be a World War iii. Those great proponents of the “most peaceful era in history” idea, like psychologist Stephen Pinker (author of The Better Angels of Our Nature) and politician Barack Obama, wouldn’t tell you that a world war is impossible, but that we’re at a point in time where it is becoming less and less likely.

In this light, it’s strange that someone would dismiss a warning of the danger of a World War iii. In the long term, it’s practically impossible that anyone predicting it could be wrong.

The Prophet Jeremiah, who eventually experienced nation-enslaving war, probably dealt with his fair share of Barack Obama-like scholars who told him war would never come. His war-prophesying prose led to the coining of the word “jeremiad,” which describes a grim literary work about the downfall of society—a word that also comes with the connotation of being overly pessimistic. But Jeremiah’s work wasn’t merely for his time. When he told the Jews their hearts were “more deceitful than anything else and mortally sick,” (Jeremiah 17:9; Complete Jewish Bible), he wasn’t just talking about the people in his own era. He was highly acquainted with history. Man and his heart was deceitful in the past, in the present and in the future—no matter what peer-reviewed studies might say.

Thus when Christians warn about a coming world crisis, as Christ prophesied, they are not prophesying something outside the limits of man’s behavior. The thousands of years of history tell us that it is inevitable.

The Trumpet does predict a third world war, but under specific circumstances. It will happen when the United States has collapsed and Britain is outside the European Union; when the eastern powerhouses will have formed a formidable bloc; when a shaky but forced European collaboration is a world power; when a divided Middle East is pushing against its boundaries.

Today, such world conditions are not altogether impossible to envision. But one certain visionary predicted them at a time when little would have appeared less likely. Herbert W. Armstrong, founder of the Plain Truth, this publication’s predecessor, predicted these conditions more than half a century ago. Numerous editors of the Trumpet worked to collect Mr. Armstrong’s many predictions—based on the Bible—and compiled them in our free booklet He Was Right. Check for yourself whether or not the world he warned of has arrived.

Even the latest shift in world politics—the election of Donald Trump as the next American president—has put many usually optimistic thinkers in a state of panic over what could happen next. In the past months, scores of headlines declared Donald Trump would be the next Hitler, World War iii would begin under his watch, and he shouldn’t be allowed near the precious “nuclear codes.” Suddenly Russian President Vladimir Putin seems a little more emboldened, the Middle East a little more prone to explosion, and Europe a little more focused on its army. How quickly the world can change. Flash-points previously dismissed are looking a little more prone to ignite. Editor in chief Gerald Flurry has shown just how fast nation-states are moving toward a world war in articles such as “America’s Deadly Nuclear Deal With Iran” and “China Is Steering the World Toward War.”

We’ll end with a game of “guess when this was written.” The quote comes from an eminent historian, with a brilliantly analytical mind and an abundance of “evidence.” But one still can’t help thinking he was talking to our turkey a few days before Thanksgiving:

That this barbarous pursuit is, in the progress of society, steadily declining, must be evident, even to the most hasty reader of European history. If we compare one country with another, we shall find that for a very long period wars have been becoming less frequent; and now so clearly is the movement marked, that, until the late commencement of hostilities, we had remained at peace for nearly 40 years: a circumstance unparalleled. … The question arises, as to what share our moral feelings have had in bringing about this great improvement.

The quote is from H. T. Buckle, in his History of Civilization in England, and it was published in 1857. Yes, before the unexpected World War i.