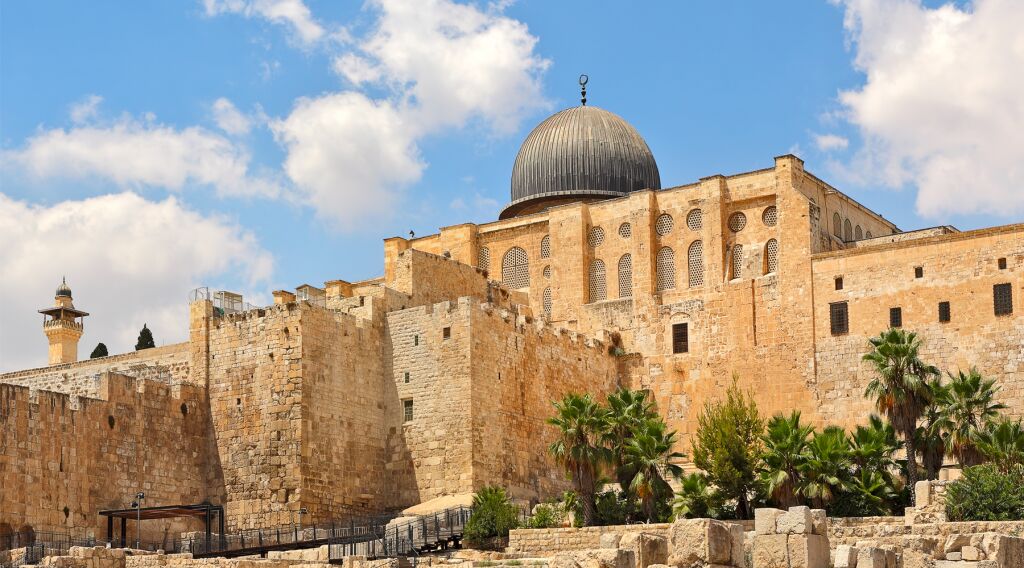 In a series of resolutions, UNESCO has threatened the future of archaeological discovery in one of the world’s most important cities.

Often while working just below the Southern Wall of the Temple Mount over the past few years, I’d look up from the dirt and notice a camera crew setting up. They did not seem to be Jews, but rather reporters from Palestinian news crews. Unlike most others who walked past the dig site, these journalists would rarely ask questions about what we were finding or what we were doing digging there. Instead, they would simply set up their cameras in a particular location. There, with one simple pan upward, they could tape the excavation site along with the black dome of the Al-Aqsa Mosque in the background. After a few more minutes and a few more shots, they’d pack their gear and head back up the street. There wasn’t any need to ask questions or to investigate further; they already had their story: The Jews are trying to undermine Al-Aqsa.

Thus the myth of Israeli atrocities against an Islamic site was further perpetuated. For most people who are at all familiar with the situation, the thought of the Israeli government directly supporting the destruction of Islamic history in Jerusalem seems a little far-fetched. However, that’s not the case for the world’s foremost body charged with the protection of such historical sites.

In the past two weeks, the United Nations Educational, Scientific and Cultural Organization (unesco) has approved two shocking resolutions that condemn Israel (identified not-so-subtly as “the occupying Power”) for egregious violations against the Al-Aqsa Mosque and the al-Haram al-Sharif. The resolutions refused to employ the better-known term of “Temple Mount” to describe the area, as that would ascribe historical validity to both Jewish and Christian claims that this was once the site of the first and second temples of Israel and Judah.

In fact, unesco Director General Irina Bokova had to release a follow-up statement in which she conceded that the location was also sacred to the Jews. She wrote that “the Al-Aqsa Mosque/Al-Haram al-Sharif, the sacred shrine of Muslims, is also the Har HaBayit—or Temple Mount—whose Western Wall is the holiest place in Judaism.”‘

There was some outcry to the resolution and its conspicuous omission of the phrase “Temple Mount,” but there is a far more worrying aspect of this resolution, and it has been mostly overlooked.

[unesco] Deeply deplores the failure of Israel, the occupying Power, to cease the persistent excavations and works in East Jerusalem particularly in and around the Old City, and reiterates its request to Israel, the occupying Power, to prohibit all such works in conformity with its obligations under the provisions of the relevant unesco conventions, resolutions and decisions ….

Notice that the resolution is not just for protecting the al-Haram al-Sharif itself, but for preventing the “persistent excavations and works in East Jerusalem, particularly in and around the Old City.”

unesco and its Arab sponsors are resolved to shut down all archaeological excavations in and around the Old City of Jerusalem.

This is critical. Because just outside the walls of the Old City, south of the Temple Mount in an area that is technically part of East Jerusalem, some of the most important archaeological digs in the world are underway. Especially for those interested in biblical history, these excavations could not be more significant.

In fact, almost all of ancient Jerusalem—the city of the biblical Melchizedek, King David and King Solomon—is located on the half-mile-long hill immediately south of the Temple Mount wall. This location is where the very earliest settlement of Jerusalem is found.

It would be convenient for ancient Jerusalem to be located in West Jerusalem, which is considered by most (at least at the time of writing) as sovereign Israeli territory. Yet, much to Jewish and especially Arab chagrin, the location where the most significant archaeological discoveries testify to an ancient Jewish presence (more than 1,000 years before Mohammed was conceived) is located in East Jerusalem.

This is why in 1968, just one year after the Six-Day War ended and left Israel with control of East Jerusalem, a massive dig began just outside the Temple Mount. Led by Dr. Benjamin Mazar of Hebrew University, these excavations continued for a decade, performed by local Israelis and by hundreds of volunteers from around the world. At last, the most ancient part of Jerusalem was open for Israeli-led excavation.

Israel certainly desired to excavate inside the Temple Mount, but it was deemed too sensitive to even touch with a spade or trowel.

Instead, in an act of extreme benevolence, Israel allowed Jordan (the defeated power) to maintain day-to-day control of the Temple Mount. Since that time, no Israeli excavation has taken place on the Temple Mount, or the al-Haram al-Sharif.

The Israelis haven’t excavated on the Temple Mount, but that is not to say it hasn’t been excavated.

In the late 1990s, the Jordanian body charged with the protection and maintenance of the site allowed a massive “excavation” in order to create the El-Marwani Mosque to the east of the Al-Aqsa Mosque inside the Temple Mount. Instead of performing painstaking archaeological procedures, the Jordanians rolled in diesel-powered excavation equipment: bulldozers, front-end loaders and dump trucks. These excavators hauled out truckload upon truckload (400 in all) of some of the most important earth on the planet. This complete disregard for antiquity was not perpetrated by Israelis, but rather Palestinians. It was left to a handful of Jewish archaeologists to locate where the Temple Mount earth had been dumped, so they could start sifting the material in an attempt to salvage as much knowledge from the finds as possible.

If ever there was a time for the United Nations Educational, Scientific and Cultural Organization to speak out, it would have been then.

Even so, the years of sifting that discarded Temple Mount earth has produced a wealth of artifacts that would have been otherwise lost. Muslim artifacts have been found, such as an 18th-century seal of the prominent Muslim Qadi (Judge) Sheick ‘Abd al-Fattah al-Tamimi, who was also the grand mufti of Jerusalem. But Jewish artifacts have also been discovered—dating to 2½ millennia earlier. Artifacts have been dated to the lifetime of King Solomon onward: thousands of pottery fragments, the seventh-century b.c. Hebrew seal of “Immer” (potentially the same personality found in Jeremiah 20:1), many half-shekel coins from the Second Temple period, a potsherd from 2,000 years ago bearing an engraving of a menorah, and a multitude of other items. All of these overwhelmingly confirm a Jewish connection to the Temple Mount—and prior to the Muslim periods.

However, as noted earlier, unesco and its supporters are not just interested in disregarding the Jewish attachment to the Temple Mount, but also the Jewish history of all Jerusalem. This would include the excavations in the City of David as well, where King David’s palace is being slowly unearthed.

The Palestinians have long coveted their own capital in East Jerusalem. Archaeological digs proving a prior Jewish claim to the area only make that harder to achieve. And so, they have marshaled unesco to push the claim of Israeli destruction of Muslim sites in an effort to shut down these excavations.

These come at precisely the same time that more and more evidence of the Jews’ attachment has come to light. Since 2006, the organization behind the Trumpet has sponsored its college students and graduates to travel to Jerusalem and excavate these exact areas directly south of the Temple Mount. Working with Benjamin Mazar’s granddaughter, Dr. Eilat Mazar, students from Herbert W. Armstrong College located in Edmond, Oklahoma, have put their hands in the dirt to rediscover ancient Jerusalem. These areas are rich in artifacts that not only testify to a Jewish presence spanning three millennia, but also, time and again, confirm the historicity of the Bible.

To learn more about those discoveries, please read Archaeology Thunders: ‘Behold Your God!’ by editor in chief Gerald Flurry.