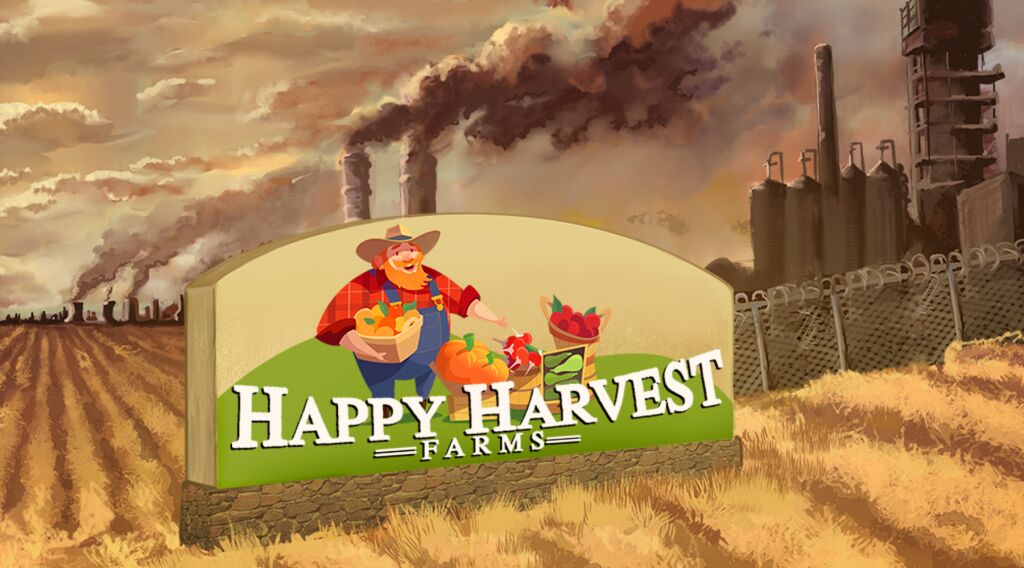 Food seems simple. Farmers and ranchers grow it. Grocery stores sell it. You eat it. But the truth is far more complex, far more corrupt, and far more toxic to your health.

Growing, selling and eating food in America changed in a big way in 1933. That is when the federal government began intervening in food commodity markets with the New Deal and the Agricultural Adjustment Act. Since then, the government has manipulated simple supply and demand in an attempt to stabilize crop prices and farmers’ incomes and to provide consumers with an affordable, reliable supply of food.

But in providing these subsidies, the government has entangled itself in a briar patch of complex effects and special interests such as agribusiness monopolies. Through their relationships with politicians, lobbyists for these giant entities wield enormous power in controlling markets and influencing food and agricultural regulations.

What have been the effects? Agribusiness monopolies have surged, expanded and multiplied. Meanwhile, nonindustrial, smaller farms have folded up; junk food has filled the aisles; and we are suffering a pandemic of obesity and other diseases.

It’s Not About Supply and Demand

Farm subsidies may seem like a nice thing if you picture a happy Midwestern farm family receiving a modest supplement to their modest income. That is not what is happening. These subsidies are actually largely a form of wasteful corporate welfare.

Between 1995 and 2012, 285 billion American taxpayer dollars were spent on commodity subsidies. Almost 70 percent of that was spent on five crops: corn, cotton, wheat, rice and soybeans.

More than 85 percent of these subsidies go toward the largest 15 percent of farm operations and the richest farmers and landowners. Small farms growing fruits and vegetables are generally excluded from these programs, which are approved and defended by congressional agricultural committees.

Farm subsidies persist not because of supply and demand or the best interests of small farms or of consumers, but because of government involvement and political power. Food has become an industry—an industry polluted with herds of lobbyists, political pandering and inside deals. Farm and insurance lobbies spend tens of millions of dollars supporting congressional political campaigns, and then heavily influencing Congress when their candidates are elected.

The resulting policies have provided financial benefits to large agricultural corporations and have actually encouraged unethical behavior along with factory farming, monoculture and the slow strangulation of family-owned farms.

You Are Subsidizing Twinkies

Agribusinesses are using your tax dollars to increase their size and their power, and to pay lobbyists who will influence politicians, who will send them even more tax dollars. At the same time, these corporations are producing unhealthy junk foods for you to eat. And, because they receive your tax money, they can make their junk food cheap to buy compared to nutritious—but unsubsidized—foods like fruits and vegetables.

According to the California Public Research Interest Group, the government has given out nearly $300 billion in agricultural subsidies since 1995. Most of that sum has subsidized crops that are processed as junk-food ingredients.

“[T]he money spent on junk food subsidies since 1995 is enough to buy nearly 52 billion Twinkies, which, if laid out end to end, could encircle the globe 132 times,” reported the Huffington Post. “The recently re-released Twinkie is made with 17 taxpayer-subsidized ingredients, including cornstarch, corn syrup and vegetable shortening” (July 16, 2013).

In 2016, the inflation-adjusted price of fresh produce increased by 40 percent, while the price of processed food decreased by as much as 30 percent. That means it is much cheaper to buy a burger, fries and a soda from a fast-food chain than to buy grass-fed beef and veggies and grill your own dinner.

Thanks to market manipulation, prepackaged snacks, ready-to-eat meals, fast food, soft drinks, corn-fed beef and others are not only more convenient, they are cheaper. Fast-food restaurants like McDonald’s are actually lowering their prices.

The result is, Americans are killing themselves one bite at a time. According to the Centers for Disease Control and Prevention, seven of the top 10 causes of death are chronic diseases. Heart disease and cancer account for nearly half of all deaths.

It may seem like your $4.99 meal deal only costs you $4.99, but it costs you a lot more than that. The cumulative price you are paying over your lifetime could hardly be higher.

“Cheap food is an illusion,” author Michael Pollan said in the documentary Fresh. “There is no such thing as cheap food. The real cost of the food is paid somewhere. And if it isn’t paid at the cash register, it’s charged to the environment or to the public purse in the form of subsidies. And it’s charged to your health.”

America’s federal government now finds itself in the position of moving mountains of cash for the ultimate purpose of getting consumers to eat junk food on the cheap.

The world of cheap food you see around you is not normal. To avoid unhealthy food produced by a corrupt system, you have to use more than just a little discernment. It is a battle!

See past the illusion. It takes more work. But when you find yourself and your children healthy and happy in a sea of heart disease and cancer patients, you will know it was worth it.