Turkey’s entrance into the Syrian civil war means Bashar Assad is in trouble. 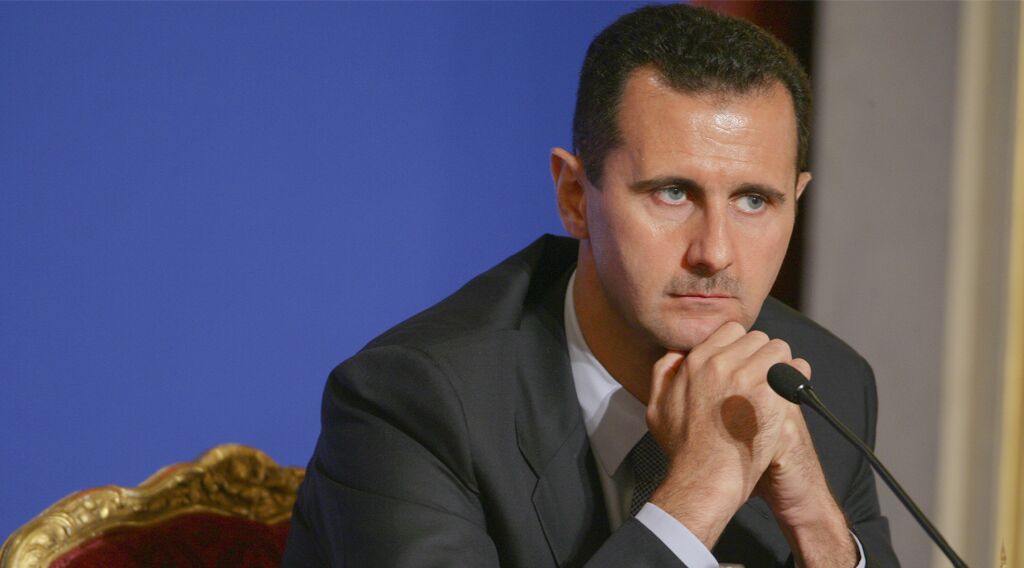 Turkey’s entrance into the Syrian civil war means Bashar Assad is in trouble.

Before dawn on August 24, Turkey sent special forces, artillery and tanks across its southern border into Syria. This marked the largest Turkish foray into the Syrian battlefield since the civil war began five years ago. It is the first time a foreign nation has put boots on the ground without the approval of the Syrian regime, and also the first time troops of a nato member country have seen live action in Syria.

The stated objective of the mission dubbed Operation Euphrates Shield was to remove the Islamic State from the border town of Jarabulus. I say “was” because Turkey achieved that goal within the first 12 hours of the operation without a single casualty. And yet Turkey didn’t retreat back over the border.

What, then, is Turkey doing in Syria?

As with all the actors participating in the Syrian war, the stated goal of “destroying the Islamic State” seems but an excuse to pursue other national interests. Iran and its proxies from Afghanistan, Pakistan and Lebanon are there to preserve the rule of their ally, Syrian dictator Bashar Assad. Russia is there to capitalize on America’s withdrawal from a position of strength in the region, as well as prop up the Syrian regime, which ensures it can project its power into the Middle East. The Kurds, the non-state entity in northern Syria, are endeavoring to take territory from the Islamic State so they can negotiate their own independent state of Rojava. And the Saudi- and American-backed rebels on the ground are trying to finally rid Syria of Assad, who has caused over 400,000 Syrian deaths and counting.

Adding Turkey into the mix, a nato member and the nation with the largest Middle Eastern army, seems to complicate matters even more.

Yet there is reason to believe the opposite.

At the beginning of the Syrian war, Trumpet editor in chief Gerald Flurry made a bold forecast. In “How the Syrian Crisis Will End,” he explained that by the time this war is over, Syria would no longer be aligned with Iran but, rather, with a German-led Europe also in cahoots with Turkey.

It’s taken some years, but now that Turkey has entered the battle space, we can see that the groundwork for the fulfillment of that forecast is being laid.

At the outset of Euphrates Shield, Turkish Prime Minister Binali Yildirim hinted the operation might have some longer-term goals. “We will continue our operations in Syria until we fully guarantee security of life and property for our citizens and the security of our border. We will continue until Daesh [the Islamic State] and other terrorist elements are taken out” (emphasis added). By “other terrorist elements,” no doubt Yildirim was referring to the Kurdish forces considered by Turkey to be terrorists but by the United States and the European Union as allies.

For the past couple of years, these same Kurds have been the most effective ground force in the fight against the Islamic State. As the Islamic State withdrew, however, the Kurds filled the power vacuum and gradually gobbled up most of the territory in northern Syria, just south of the Turkish border.

This gets to the main objective of Euphrates Shield: preventing Syrian Kurds from holding a contiguous landmass along its southern border.

On August 12, a Kurdish offensive routed the Islamic State from Manbij, a town south of Jarabulus. Turkey feared the Kurds would then take Jarabulus, which would have connected two regions in northern Syria already under Kurdish control. Turkey feared that if the Kurds were able to occupy all the land south of its border, they could attempt to create an independent Kurdish state that also included territory belonging to Turkey. To Turkey, this was a red line. The Kurds were so close to accomplishing this, that Turkey had to intervene to stop them.

The other objective for Turkey is to establish a safe zone in northern Syria. Ankara has long desired to create a buffer zone in the territory just south of its border so that refugees fleeing to Turkey would be able to find safe haven inside Syria rather than becoming a burden for the Turks. Turkey already shelters 2.5 million Syrians within its borders.

The creation of such a safe zone three years ago would have largely solved much of the refugee crisis that has since spread to Europe. Realizing that the creation of a safe zone would limit the refugee flow, Bulgarian Prime Minister Boyko Borisov praised Turkey on August 26, saying, “The Turkish Armed Forces have probably prevented a probable new migration wave of 2 million people with the Euphrates Shield operation ….”

Why hasn’t a safe zone been created already? Simply because Turkey faced stiff resistance from the United States since its creation would have upset Iran, jeopardizing the nuclear deal. Iran doesn’t want a safe zone created because it would provide cover not only for displaced Syrians, but also for many of the Turkish-backed Syrian rebels who are fighting against Assad, Iran’s ally.

Those are two of Turkey’s more immediate goals. But what about the longer term?

Considering how hard Russia has fought alongside the Syrian regime, it would be natural to assume Moscow would be upset by Turkey’s operation. However, that’s not the case. According to the Wall Street Journal, Turkey actually “sent a high-level military delegation to Russia to discuss its planned operation into Syria. The Russians assured Turkish officials that Moscow wouldn’t target Ankara’s forces if Turkey moved across the border, according to senior Turkish officials” (August 30).

Russia’s flip-flop from placing economic sanctions on Turkey six months ago to condoning a Turkish invasion into Syria today is perhaps the most significant change in the Syrian civil war in years. It is significant because it highlights the fact that Iranian and Russian interests in Syria are beginning to diverge.

Moscow’s intent from the beginning was to retain its influence in Syria, with or without Assad. Russia favors a political solution where Assad leads for a transitional period. This is something Turkey has staunchly opposed. For five years, Turkey has said that Assad must step aside immediately, leaving no room for a transition period. However, in early August, when Turkish President Recep Tayyip Erdoğan met with the Russians to discuss Euphrates Shield, that long-standing policy changed. Soon after the meeting, Ankara stated it would tolerate an Assad-led transition.

Essentially, by allowing the Turkish Army into northern Syria, Russia has bolstered the Syrian rebels, the very groups Putin has been fighting on Assad’s behalf. The rebels, who looked to be nearing defeat, now have a conventional army in Syria giving them support.

And what’s more, Russia was OK with that! This highlights a massive shift of alliances in the Syrian civil war.

The one nation that isn’t OK with Turkey’s entrance is Iran. Since the early 2000s, Assad has answered heavily to Iran. However, Iran’s feelings toward Assad don’t extend to the population. In layman’s terms, Iran needs Assad in power to maintain its influence in Syria.

But Russia only needs confirmation that the Syrian government, whoever is in charge, will allow Moscow to continue its military presence in Syria, including its Mediterranean Sea naval base.

A year ago, Russia began to intervene in Syria to support the Syrian regime, which looked to be on its last legs. Indeed, Russia had to support Assad to ensure it maintained its own position in Syria.

A year later, it appears that Russia has buttressed the Syrian regime enough so that the only solution going forward is a stalemate that will have to be solved through negotiation. This can allow President Vladimir Putin to continue Russia’s presence in Syria and still be the savior of the Syrian people. However, Assad is refusing to submit to Putin’s demands for a negotiated settlement with the rebels. “Ever since President Assad was flown in to be received by our president last year, his attitude has been less than satisfactory,” a Russian official told the Financial Times, “and this does interfere with our efforts towards a political solution” (January 22). Most notably, Assad declined Russia’s request on January 3 to relinquish power.

By allowing Turkey to enter into the Syrian fray, Moscow seems to be increasing the pressure on Assad to negotiate. Russia is using Turkey’s incursion as leverage against Assad. This could leave Iran without its man in Damascus, which could lead to the split between Iran and Syria.

There have been many instances in the past five years when it looked like Assad would fall, but he has proved himself resilient at every turn.

Has his time now come? Is Assad finally on the way out?

As referenced earlier, Gerald Flurry forecast that by the end of this war, Syria would no longer be aligned with Iran.

That wasn’t a prediction based on geopolitics or insider information, but rather on the sure word of the Bible and a prophecy found in Psalm 83 about an alliance in the times we are living in now. While Bible prophecy isn’t so specific as to say that Assad is going to be overthrown, it does indicate that Iran is going to lose its ally in Syria.

Will Turkey’s entrance into the Syrian civil war lead to that fulfillment? Only time will tell. But what is sure is that very soon Syria will no longer be allied with Iran. For more details of how this transformation in alliances will take place, read “How the Syrian Crisis Will End” (theTrumpet.com/go/9737). Although it was written four years ago, it is more relevant than ever.