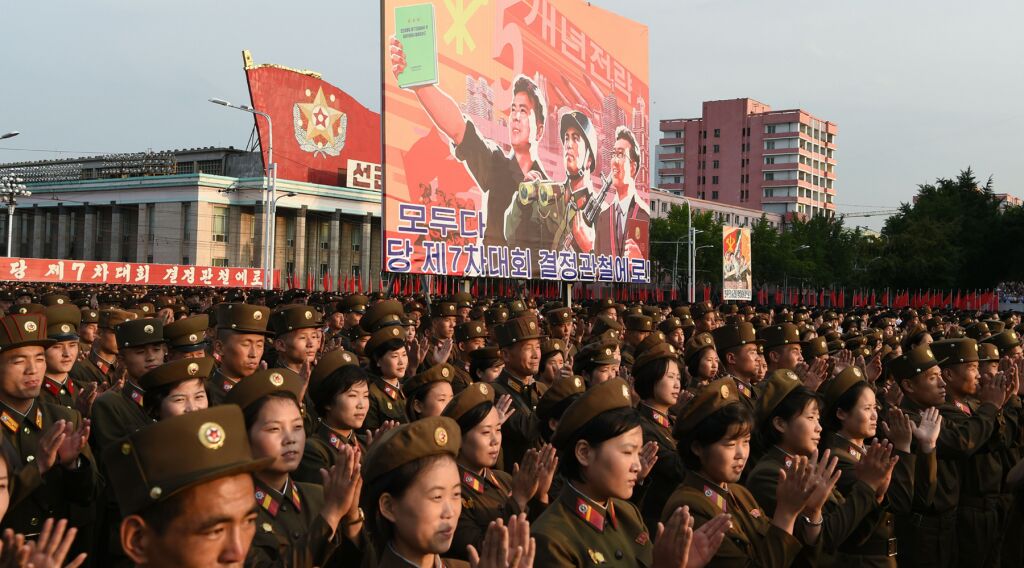 Did you notice the United States’ strong response to North Korea’s fifth underground nuclear test? If you didn’t, you’re not the only one. We haven’t seen it either.

Under the leadership of Kim Jong-un, North Korea carried out its fifth underground nuclear test on September 9, just in time for the 68th anniversary of the founding of the Democratic People’s Republic of Korea. South Korea felt the magnitude 5.3 earthquake caused by the explosion, which was reported to have a blast yield of around 10 kilotons. In comparison, the bomb dropped on Hiroshima was around 15 kilotons.

Kim didn’t seem fazed by the “strong” consequences the U.S. had previously threatened. Back in April, while meeting Japanese officials, U.S. Deputy Secretary of State Antony Blinken told Reuters that Pyongyang would be making its situation worse if it conducted another test. “There will be additional strong response in case of another [North Korean] nuclear test,” Blinken said.

So what was the strong response?

After the blast was confirmed, U.S. President Barack Obama warned, again, that North Korea would face “consequences to its unlawful and dangerous actions.” Speaking to the leaders of South Korea and Japan by phone, he discussed taking “additional significant steps, including new sanctions.”

A quick look into the history of how North Korea gained nuclear weapons, which is startlingly similar to the track Iran is on now, doesn’t lend much credibility to the power of such sanctions. The path the United States paved for North Korea to reach nuclear capability was strewn with faulty intelligence, ignored violations, back-and-forth sanctions, and naively optimistic negotiators.

“Not only did diplomacy fail to fulfill American goals, but it actually sabotaged them,” observed Michael Rubin in his book on rogue regimes, Dancing With the Devil. “Pyongyang never engaged sincerely; rather successive North Korean leaders used diplomacy to distract the West while pursuing their nuclear aims unimpeded.”

With such a history of failure in North Korea, the idea that new sanctions will be effective is incongruous. Naturally, Pyongyang responded by calling the threats of “meaningless sanctions … highly laughable.”

Jae H. Ku, the director of the U.S.-Korea Institute at Johns Hopkins School of Advanced International Studies, said in an interview with Foreign Policy, “No amount of sanctions will stop North Korea. Nuclear weapons are their sole survival strategy.” According to Ku, sanctions are unlikely to have a meaningful impact on North Korea so long as Kim Jong-un continues to think that his nuclear arsenal is all that protects him from Western attempts at regime change.

China is the key for America’s “strong response.” Without China’s support, the U.S. can’t pass a United Nations Security Council resolution. Without China, a failing North Korean economy can be propped up. The fact is, China doesn’t want a regime change in North Korea if it means influence in the region would be taken over by the U.S.

So what can America do? Talk big to a little country; fly jets over South Korea, close to the northern border; mull heavier sanctions, possibly without the UN. That seems to be the extent of the options the U.S. will consider.

At this point, it looks just as likely that the United States will fund North Korea as it will sanction it. The UN has already assigned North Korea $8 million (of which America pays a large percentage) in humanitarian aid for North Korea. On September 13, the UN estimated 140,000 North Koreans were “in urgent need of assistance” because of recent floods.

From 1992 to 1994, U.S. companies exported $120 million worth of corn, wheat and medicine to North Korea to aid citizens suffering from a famine. As Rubin pointed out, “[President Bill] Clinton tried to spin the food aid as a necessary price for diplomacy.” Meanwhile, North Korean leaders spent the country’s money on military hardware and its nuclear program.

It might seem strange that a powerhouse nation like the U.S. is so ineffective that it resorts to mere threats to a second-world country. But it is all part of America’s broken will. America’s “strong response” is a promise it won’t and can’t fulfill.