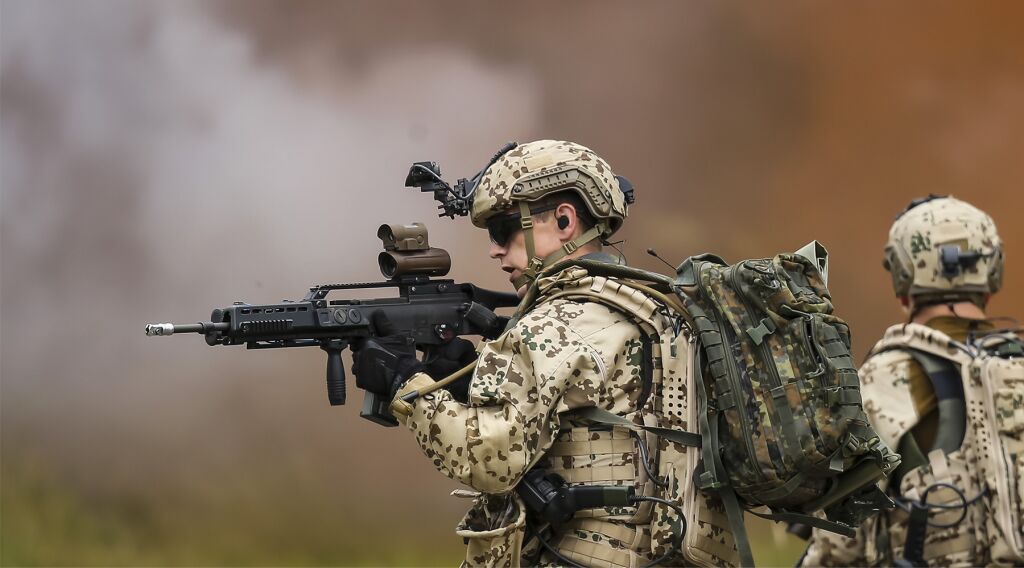 Hand in hand with calls for a European army are calls for Europe to get more involved overseas. European Union and German officials want more European military intervention in the Middle East and North Africa. They also want Europe to build stronger alliances with allies in the area, with both Germany and the EU unveiling plans to directly fund foreign militaries for the first time.

“It is in the interests of our citizens to invest in the resilience of states and societies to the east, stretching into Central Asia, and south down to Central Africa,” wrote EU High Representative for Foreign Affairs and Security Policy Federica Mogherini in her paper “A Global Strategy for the European Union’s Foreign and Security Policy.”

“We want also to increase our dialogue and cooperation with third countries in North Africa, the Sahel strip, the Lake Chad Basin, West Africa, the Horn of Africa and the Middle East,” wrote German Foreign Minister Frank-Walter Steinmeier and French counterpart Jean-Marc Ayrault in a press release June 24.

Similarly, Germany’s 2016 white paper on “German Security Policy and the Future of the Bundeswehr” advocates the German military getting more involved abroad. “Germany’s security policy horizon is global,” it states.

It calls on the nation to take “early and comprehensive action” to “eradicate the causes of conflicts.”

Both the white paper and Mogherini’s report dwell on the need for “peace building.” Making peace usually involves military force. “The EU will engage more systematically on the security dimension of these conflicts,” noted Mogherini.

“The EU must be able to respond rapidly, responsibly and decisively to crises, especially to help fight terrorism,” she continued—all overt calls for the EU to be able to field military forces abroad.

Her paper also talks about “preemptive peace building,” noting, “It has long been known that preventing conflicts is more efficient and effective than engaging with crises after they break out.”

Underscoring the military nature of “peace building,” the European Commission put forward a proposal on July 5 to use funds earmarked for “peace building” to buy weapons for foreign armies. Currently, peace-building funds are used as development aid: funding maternal health care in Syria, for example. The new rules would allow these funds to be spent on military training and weapons. EU Observer noted that “this is the first time” the EU “will pump money directly into a foreign military structure” (July 5).

Germany’s defense white paper also unveiled a new initiative for Germany to directly finance foreign militaries. It announced a new fund, to be jointly managed by the Foreign Office and Defense Ministry, to finance “civilian and military measures in crisis prevention.” In addition to cash, the German military will train and support foreign militaries.

It’s easy to dismiss reports like these as just talk. After all, the EU has been talking about a military for decades. But North Africa and the Middle East is one area where both Germany and the EU are taking concrete action already.

Warning of the spread of radical Muslim groups, supported by Iran, in the region, he added, “But Iran isn’t the only one interested in Africa. Germany is making strong inroads as well. Both of these powers are racing to get as much control of North Africa as they can. They will inevitably clash with each other.”

Europe is already heavily invested in the area. France has numerous strong military bases, and is involved militarily in the Central African Republic and in Mali. Germany has a major presence in Mali with hundreds of troops, as well as leadership of both the EU’s troop training mission and police training mission.

Europe is already forging closer links with militaries in the region. Paratroopers from Germany’s Rapid Forces Division participated in military exercises in Turkey for the first time in May. Since 2015, the German Special Forces Command has been participating in the United States-led “Flintlock” exercises in North Africa. This year’s exercises were conducted in Senegal, and also had a strong presence from Tunisia. The focus was to “train the trainer” according to a German officer teaching African forces to be able to more highly train their own troops.

Europe and Germany both plan to expand their relationships with certain nations in North Africa and the Middle East. Right from its first issues, the Trumpet has been warning of a clash between a European power and radical Islam led by Iran. With the Islamic State focused on carrying out attacks in Europe, and the EU responding by deepening its reach into Africa, this clash is building up right now.