How will Germany react to four high-profile killings? 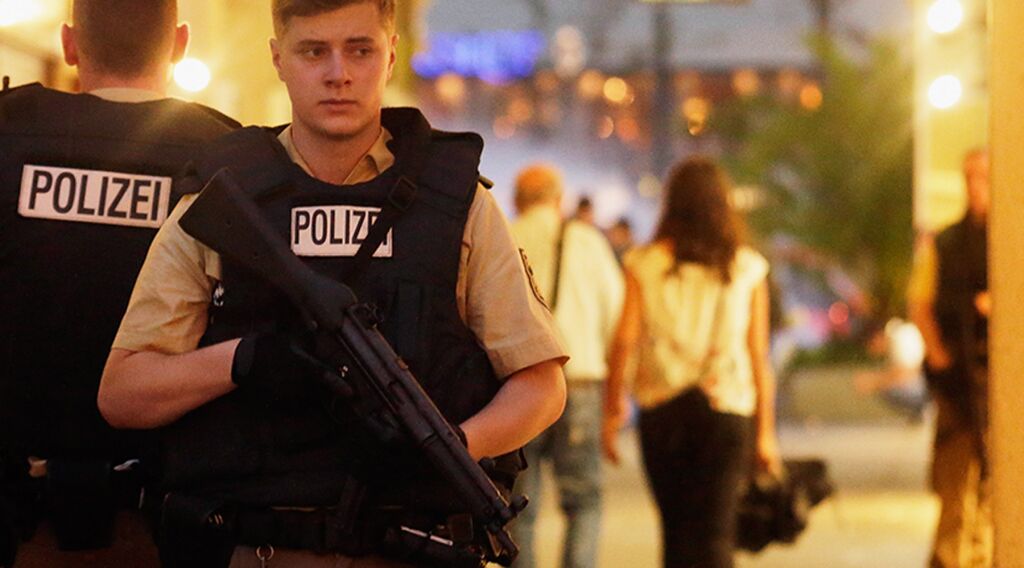 Germany was shocked to experience four high-profile killings in the space of only a week. A teenage Afghan immigrant on an ax rampage seriously injured three on July 18, leaving a railway carriage looking like a “slaughterhouse,” as one witness put it. The attacker claimed allegiance to the Islamic State. On July 22, an Iranian man born in Germany killed nine with a Glock pistol he’d bought illegally, after spending a year planning the attack. On July 24, a migrant from Syria killed a pregnant woman and wounded two others with a meat cleaver. On the same day, a Syrian immigrant whose deportation to Bulgaria had been delayed tried to bomb a music festival in Ansbach, Bavaria. His lack of a ticket meant he was not let in, so he blew himself up outside, wounding 15.

“Has the world gone mad?”, Spiegel Online asked in a July 25 article “Apocalypse Now: A Year of Crises, Shocks and Fears of Terror,” reflecting the mood in Germany.

But the German government has tried to play down the crisis. Interior Minister Thomas de Maizière insisted that the attacks had nothing to do with migrants. And the head of the German Police Union, Oliver Malchow, said, “We are not at war. We are not even under a state of emergency.”

Chancellor Angela Merkel has said little about the attacks, and Germany’s threat level has not been raised. The official government response so far is to say there is no crisis.

This is dangerous. This message is comforting to the German population, for now. But as these attacks continue—or if a large, Nice-sized attack hits Germany—what then? As the Trumpet wrote in our March article “Germany, Migrants and the Big Lie,” “Angela Merkel’s government refuses to give serious attention” to the concerns of the German people regarding immigration “and refuses to tell the truth about the impact the migrants are having and will have on the nation.” The article noted that many of the people who have these concerns “are not hardcore neo-Nazis. They don’t want to persecute the migrants or see them imprisoned, beaten up or killed.” It’s perfectly logical to worry about the safety of your family in the wake of these attacks; that does not make someone an extremist.

Merkel’s government is still insisting that Germany is safe. How will people react once she is proven wrong? She risks thoroughly discrediting her whole administration.

That Trumpet article warns, “If she continues to do this, Germany’s chancellor risks helping transform the German people—and Germany itself—into something very different and much more frightening than the democratic, peaceful, friendly nation we see today.

“The Merkel government’s handling of this situation is turning the German people into a ticking time bomb! The more disillusioned, frustrated and angry the German people become, the more vulnerable they will be to radical politics and radical leaders with radical solutions.”

That was true of the migrant crisis, but ignoring the threat of terror in today’s climate is even worse. If Germany’s entire ruling class, media and defense establishment failed to even notice the crisis, how could they be trusted to fix it? And if trust in the establishment is destroyed, to whom will Germany turn?

French leaders recognized Islamic terror as a serious problem, but were booed when they failed to stop it. How will Germans react if their government continues to deny that a problem even exists?