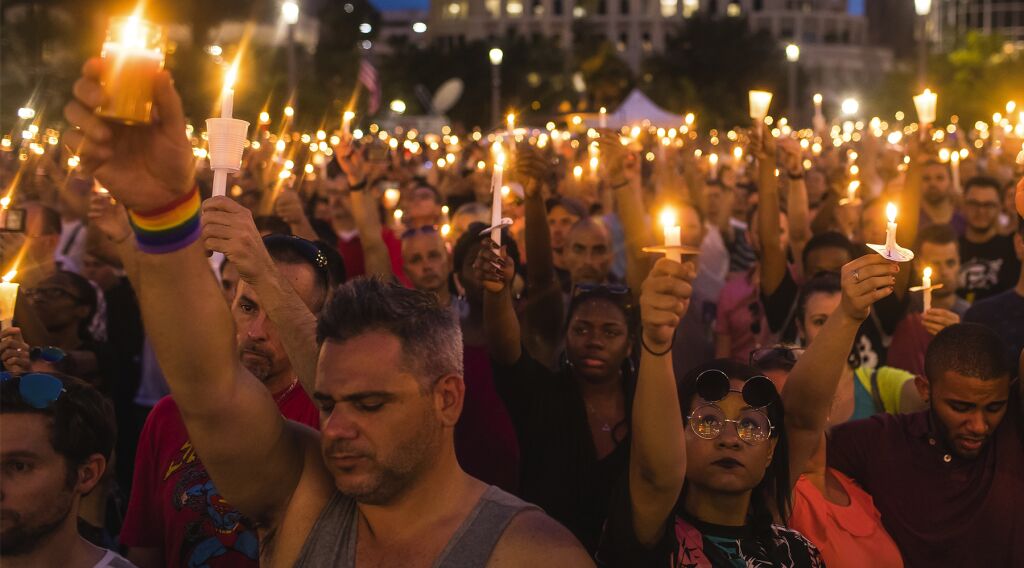 The Orlando massacre on June 12 that killed 49 people was a terrible, grisly tragedy. But some of the public discussion afterward may have been even more astonishing. Mainstream media outlets insisted that a major cause for the carnage—aside from the right to bear arms—is the “climate of hate” in America created by Bible-believers.

The killer, Omar Mateen, was a Muslim. He had bought into a culture that dominates more than 30 countries, 10 of which punish homosexuality with the death penalty. The Islamic State, to which Mateen pledged allegiance, throws homosexuals off rooftops. But after the Orlando attack, commentators acted like Mateen’s Islamism had no bearing on his murder spree. No—the real culprit is “homophobia” and “religious intolerance.” So, if you don’t celebrate homosexuality, you’re in the same category as an Islamist who murders homosexuals.

This wasn’t just a shoot-from-the-hip opinion offered by a few fringers. The New York Times editorial board put Mateen’s “hatred toward gays and lesbians” in context: “Hate crimes don’t happen in a vacuum. They occur where bigotry is allowed to fester, where minorities are vilified and where people are scapegoated for political gain. Tragically, this is the state of American politics, driven too often by Republican politicians who see prejudice as something to exploit, not extinguish.” In three sentences, the Times leaped from a psychotic jihadist to the Republican Party. The whole editorial decried Republican bigotry—it called 49 Orlando victims “casualties of a society where hate has deep roots” (not the Islamic State, but America)—but never even mentioned Mateen’s religion. Apparently the Times thinks radical Muslims kill homosexuals because of cheerleading from evangelicals.

An American Civil Liberties Union lawyer tweeted, “The Christian Right has introduced 200 anti-lgbt bills in the last six months and people blaming Islam for this. No.” This man wants you to believe that legal efforts to check the aggressive advancement of homosexuality and transgenderism are equivalent to gunning people down. That if you say biology should determine bathroom access, you essentially believe homosexuals are so disgusting they should be slaughtered. Some talking heads bizarrely insisted that blaming Mateen’s religion was scapegoating Islam to deflect blame from Christian homophobia.

As strange as it may seem to these folks, it is quite possible to believe homosexuality is wrong and also to believe that homosexuals should not be murdered. You can believe the Bible and still be appalled to see fellow human beings, made in God’s image, slaughtered. But in these commentators’ distorted view, this is hypocrisy. Some pundits mocked those who, after the tragedy, advocated prayer. cnn’s Anderson Cooper grilled Florida’s attorney general on the air for helping victims of the attack, because she had previously defended the state’s constitution as defining marriage as a male-female union. He implied she was some kind of fraud for expressing compassion after having no previous record of lgbt advocacy.

If people are honestly wondering what provoked Omar Mateen, they certainly won’t find it in the rapidly backpedaling effort to maintain the status quo on marriage and sex in America. They’ll find much more provocative evidence in the bold, brash, “loud and proud” homosexual-rights movement that bullies people into compliance, even against their personal convictions. Yet somehow, the big lesson people take from this tragedy is that Americans need to become stronger advocates of homosexuality. After Orlando, politicians and media outdid themselves to prove what strident champions of the lgbt community we all are now.

Three years ago, I wrote a booklet called Redefining Family. At the time, there was tremendous social pressure to accept same-sex “marriage.” This booklet reveals how homosexuality’s move from fringe to mainstream was the result of a deliberate strategy. It speaks of how the cause was taking over the courts and public policy, and how lightning-fast the change was.

What strikes me about this booklet today is just how out of date parts of it are. The three years since it was published have brought a tsunami of additional changes. We’re not debating same-sex “marriage” anymore: That is now the law of the land. Transgender is mainstream, and anyone who disapproves can lose his job. President Barack Obama, who publicly opposed same-sex “marriage” when he took office, has now directed all public schools—even elementaries—to give transgender children access to bathrooms and other facilities based on the gender they say they are, or risk losing federal funding. This is a phenomenal, revolutionary change.

Back in 1987, two activists laid out a strategy to erase the stigma of homosexuality, called “The Overhauling of Straight America.” They advocated a restrained, gradual approach, keeping the discussion broad and abstract while downplaying actual homosexual behavior. “First let the camel get his nose inside the tent,” they wrote—“only later his unsightly derrière!”

Those men can congratulate themselves. Today the whole horrid beast is in the tent. There’s less and less room for an individual to freely live according to the teachings of the Bible. And anyone unwilling to pretend the camel is just one of the guys is being told to get out.

If you want to know why this change is so dangerous, request a free copy of Redefining Family.