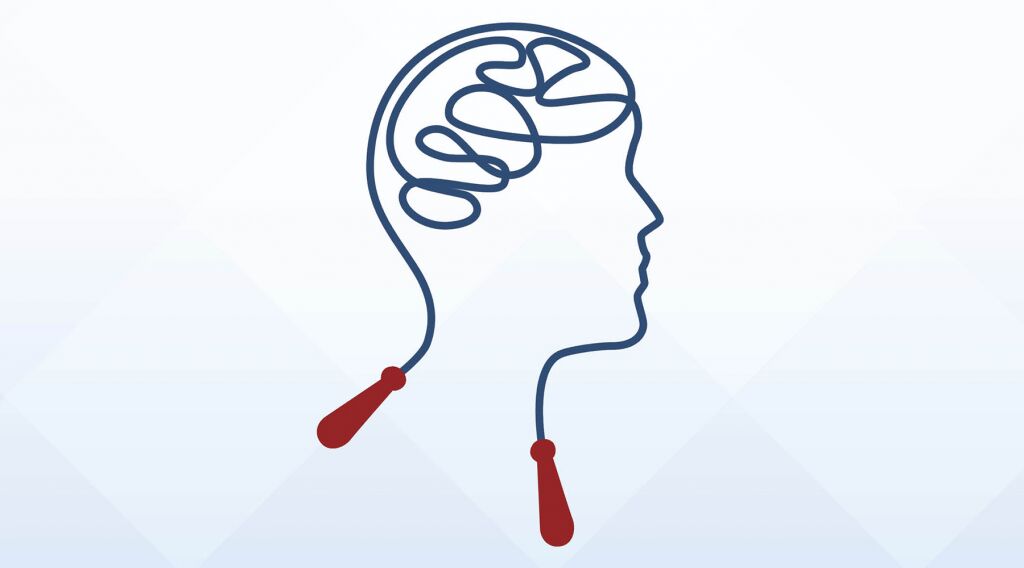 Exercising benefits your body—that is obvious. But here’s something that isn’t. Recent studies confirm what scientists have believed for decades: Exercise also keeps your brain fit.

If you do not safeguard your brain, its overall physical structure can actually deteriorate with underusage and age. Shrinkage, death of nerve cells, and other factors contribute to annual reductions of as much as 0.5 to 1 percent of the cerebral cortex, the outermost layer of the brain.

Although a lot of this is said to be age-related, physiologists and neuroscientists have evidence showing that exercise seems to actually slow or reverse the brain’s physical decay. It has even been proved that exercise can contribute to neurogenesis—the creation of new brain cells. Just like with muscles or the heart, exercise also bulks up the brain!

The science is pretty solid. The benefits are exciting. But how many people are aware that fitness benefits your brain?

The Centers for Disease Control and Prevention recommends that adults get at least 2½ hours of moderate cardio exercise and two muscle-strengthening workouts every week. Yet only 20 percent of adults meet the guidelines for both these exercises.

The fact that exercise is so beneficial to the brain suggests a correlation between our sedentary lifestyle and the rise in brain-related disease. Alzheimer’s disease, the most well-known form of cognitive impairment, currently affects over 5 million people in the United States, and the number is expected to continue rising. The Alzheimer’s Association reported that nearly 85,000 people died from this brain disease in 2013. Globally, one new case of dementia is detected every four seconds.

Exercise Your Brain Into Health

Your brain is capable of growing new cells throughout your lifetime. But you have to give it what it needs. In January 2011, Scientific American reported on research that says exercise is a cognitive superstar. The research states that exercise actually boosts the size of the hippocampus, the part of the brain responsible for memory and learning.

Specifically this happens because endurance exercise elevates a molecule in the brain called fndc5 and its by-product, irisin. This causes the molecule to cross the blood brain barrier, increasing the brain-derived neurotrophic factor (bdnf) and activating genes involved in cognition.

In plain English, exercise starts a chain reaction that improves brain health for all ages. In fact, new research from the University of California, Los Angeles Medical Center and the University of Pittsburgh shows that virtually any type of physical activity can improve brain structure and reduce Alzheimer’s risk by a whopping 50 to 60 percent.

Evidence of cognitive gains produced by exercise is strong across a range of ages. The University of Illinois found that elementary schoolchildren exercising just 40 minutes a day scored an average IQ increase of 3.8 points. College students who worked out before class also benefited, improving test scores by 17 percent on average. People 50 years and older scored 20 percent higher on cognitive tests after a six-month workout regimen.

Increased job performance is also a benefit of better brain health. Employees who undertake regular exercise can boost overall workplace productivity by 15 percent, according to research by Leeds Metropolitan University. They are also less likely to call in sick, have better attendance and more focus while at work.

What Type of Exercise Is Best?

Researchers at the University of British Columbia rate aerobic exercise as best for brain health. For participants in their study, it took only 20 minutes of aerobic exercise to improve long-term memory. If you only exercise with weights, throw in an occasional run or bike ride to receive the best of both worlds: a healthier body and brain.

Interestingly, activities such as ballroom dancing that incorporate both physical and mental demands have the highest impact on cognitive function. This indicates that the best brain activities are those involving coordination, rhythm and strategy (BrainHQ.com). If that’s not your taste, vary your workout by incorporating circuits with speed, jumps and weights to gain these benefits by constantly redirecting your muscles’ attention.

The recent studies have focused on aerobic activities, so getting your heart rate up through brisk walking or jogging will definitely help your brain.

People tend to think that if a little is good, a lot must be better. But we should be careful. Justin Rhodes, Ph.D., a neuroscientist at Oregon Health and Science University in Portland, found that bdnf concentrations can increase dramatically after excessive amounts of exercise, meaning their benefits can actually max out and backfire.

Good health comes about when we do the things the body requires in a balanced, consistent manner. Research shows that moderate amounts of endurance exercise is perfect to gain maximum brain benefits.

To prevent brain stagnation and deterioration, you need physical exercise, continual learning, and regular cognitive stimulation. So go ahead and exercise—not only to improve your body, but also as one of the most effective means for preserving and enhancing cognitive function at any age.