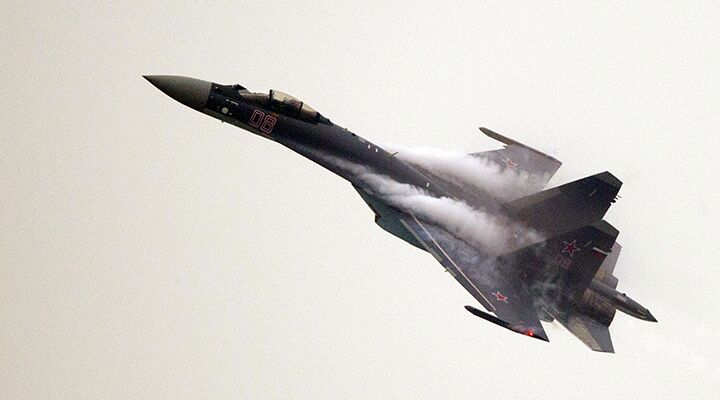 Two Chinese jets buzzed a United States reconnaissance plane over the South China Sea, highlighting the rise of provocations against the American superpower. The jets allegedly passed within 50 feet of the U.S. aircraft.

A Pentagon spokesman called the Chinese maneuver “unsafe” and said that the U.S. was “addressing the issue through the appropriate diplomatic and military channels.”

China was quick to dispute the claim, saying that the jets merely followed at a safe distance.

This isn’t the first time that the U.S. has had a run-in with the Chinese, nor likely the last, in the contentious region. In 2001, a Chinese jet collided with a U.S. spy plane, killing the Chinese pilot and forcing the U.S. crew to land in Chinese territory. The crew was released when the U.S. apologized for the incident 11 days later.

In recent months, military activity in the region has drastically increased, simultaneously increasing the likelihood of confrontation between the regional powers.

In January, Beijing deployed civilian aircraft to its man-made islands in the South China Sea. The following month, China deployed jets and surface-to-air missile launchers to Woody Island, the largest island in the Paracel chain.

The U.S. has responded to China’s military buildup with its own naval exercises in the region—citing a right to naval passage. On May 10, the USS William P. Lawrence sailed within 12 nautical miles of the Fiery Cross Reef. China scrambled jets in response. It was the third pass that the U.S. conducted in the last year. In October 2015, missile destroyer USS Lassen passed by Subi Reef, then in January USS Curtis Wilbur came close to Triton Island in the Paracels. The U.S. vessels have made sure to sail inside of 12 nautical miles—the zone of exclusive territorial waters—to let Beijing know that it doesn’t recognize China’s claims.

There have been naval run-ins as well, with the aggressive Chinese coastguard harassing U.S. allies throughout the region. A Chinese submarine also tracked a U.S. carrier south of Japan in October 2015. It was the closest encounter between a Chinese craft and an American carrier in a decade.

Alone, these provocations could be chalked up as political bluster, but together they constitute a drastic increase in military aggression between two major world powers. Keep a close eye on these events. With tensions so high the opportunity for an incident to blow up into a full-scale confrontation is growing. As China’s vice minister of the Ministry of Foreign Affairs said, “If the Korean War or Vietnam War are replayed, then we will have to defend ourselves.” In other words, China is ready to fight should it come to that.