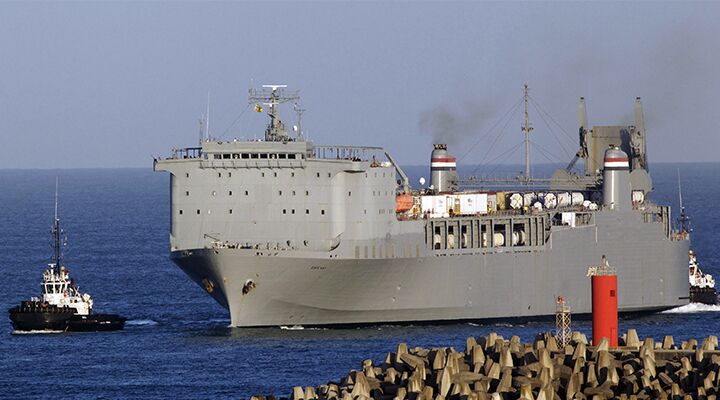 In the event of a future conflict, the United States could find itself outnumbered and outmaneuvered on the high seas.

While the United States Navy is still regarded as the most powerful naval force in the world, the American merchant fleet has become pitifully weak. At the beginning of 2015, the U.S. publicly and privately owned fewer than 2,000 merchant vessels.

Meanwhile Greece, Japan, China and Germany all keep merchant fleets comprised of well over 3,000 maritime vessels apiece. In terms of carrying capacity, Greece and Japan are the largest ship-owning countries, with their combined fleets bearing almost a third of global maritime trade.

In a future conflict, America could find itself outnumbered and outmaneuvered on the high seas, according to a 2015 report on maritime security published by Hawaii Pacific University.

The authors of this report are Capt. Carl Schuster, former director of operations at the U.S. Joint Intelligence Center Pacific, and Dr. Patrick Bratton, associate professor of political science at Hawaii Pacific University. They point out that “the United States has adopted an ‘abandon ship’ policy towards the crucial merchant maritime industry” and let the number of merchant ships flying an American flag dwindle to the lowest number since the end of the Spanish-American War.

In an effort to avoid maritime taxes and regulations, the United States now increasingly registers its merchant vessels in other countries—like Panama, Liberia and Malta. Because of this trend, the number of maritime vessels flying the American flag on the high seas plunged 94 percent between 1960 and 2014.

While there were almost 3,000 merchant ships flying the U.S. flag 56 years ago, there are fewer than 200 such ships today. Only about 80 of these actually engage in international trade.

This precipitous decline in the number of U.S. merchant vessels presents a serious strategic threat to the United States. In the event of a future military conflict, it is the U.S. merchant fleet that carries military cargo and other supplies to troops. If China, or any other nation, decides to create a naval blockade or “no-go zone” at sea, any vessel flying a foreign flag can choose to remain neutral and not carry American cargo through disputed territory.

Shipment of military supplies to American troops in Vietnam were held up for months in 1965, because the Mexican government claimed neutrality and ordered Mexican-flagged merchant vessels to offload Vietnam-bound American cargo. Even if America technically owns over 1,000 merchant ships currently registered in other nations, it takes time to reclaim and staff those ships in the event of a national emergency.

In contrast to the United States, China has expanded its merchant fleet 10-fold in the last 20 years. Now 3,941 Chinese-flagged ships carry 90 percent of China’s seaborne trade.

While almost 17 percent of merchant vessels worldwide flew the Stars and Stripes 50 years ago, less than half a percent of merchant ships fly it today. Americans take for granted the U.S. Navy’s ability to handle any conflict that may arise. Yet navy ships need supply lines. During the first Gulf War, America had to rely on foreign-flag ships to resupply the troops. If America had to fight an overseas war without international support, the military would likely be in for a rude awakening.