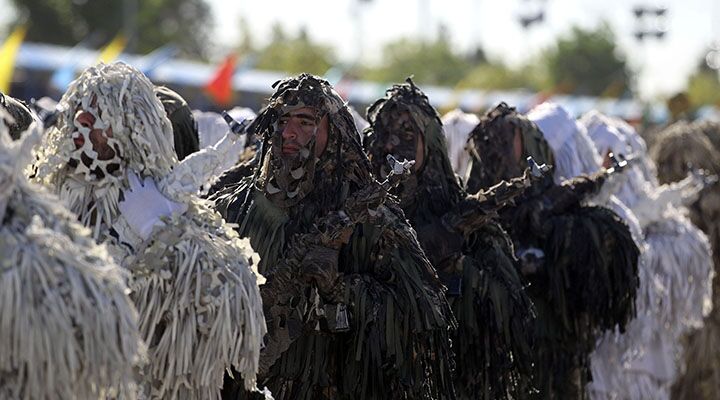 Even to the casual observer, Iranian meddling in Iraq, Syria, Lebanon, Israel, Yemen, Bahrain and other Middle Eastern nations is abundantly evident.

Iran is fighting both directly and indirectly against rebel forces in Iraq and Syria. It has tremendous clout in Lebanon via its Hezbollah proxy, and its determination to “wipe Israel off the map” is widely known. Recently, an Iranian general declared that his nation “must make efforts to bring Bahrain back into Iranian territory and transform it into a part of [its southwestern province of Bushehr].” And in the past four months, three Iranian shipments of weapons have been intercepted in the Middle East. The most recent of those arms shipments was intended for Houthi rebels in Yemen.

What’s less apparent, however, is Iranian meddling in Africa.

In the article “Iran’s Other Shadow War Is in Africa,” the War Is Boring blog wrote May 1: “Sub-Saharan African states, in particular, have long been the setting of Iranian intrigue. In a contradictory arrangement, the public face of Iran’s relationship with Africa is that of economic strengthening for mutual benefits, while simultaneously engaging in covert action undermining the stability of the very economies Tehran seeks to work with.”

(Listen to the Trumpet Hour discussion on this subject.)

Iran’s bilateral ties with the small West African nation of Gambia have been strong since President Yahya Jammeh grabbed power in a coup d’état in 1994. Gambia has staunchly supported Iran’s right to a nuclear program. In 2006, Ahmadinejad was the guest of honor at an African Union summit in Gambia. Those strong ties were strained when an Iranian plot to ship arms to anti-Senegalese rebels in Gambia was exposed in November 2010. The weapons were intercepted in Nigeria—they included Iranian rocket launchers, grenades and artillery rockets.

War Is Boring documented the arrests of some members of Iran’s Quds Forces over the past few years. In one raid in 2013, an Iranian-trained Nigerian was arrested for planning to attack Western interests in Lagos, Nigeria.

Another way Iran maintains a strong militaristic influence in Nigeria is through Islamic Movement in Nigeria—a Shiite entity that’s pursuing an Iranian-style revolution in northern Nigeria.

Across the continent in East Africa, Iranians or Iranian proxies have been arrested at least three times in the last four years for plotting bomb attacks in Kenya.

In the Indian Ocean island nation of the Comoros, former President Ahmed Abdallah Mohamed Sambi was, as World Politics Review noted April 14, “an open admirer of the Iranian Revolution.” He had spent time studying Islam in Iran and was nicknamed “the Ayatollah.” When he came into office in 2006, his security personnel included Iranian military officers. “Tehran’s influence subsequently surged in [the] Comoros” following this and other Iranian activities, wrote World Politics Review.

About Sudan, War Is Boring wrote, “[T]he longest running and most noticeable of Iran’s engagements in Africa is with the Islamist Sudanese regime. While the two nations have had significant differences over the ongoing Yemeni civil war, their military cooperation runs deep.” Sudan’s weapons industry was built with Iranian aid, and its military officials were trained in Iran.

Sudan’s advantage for Iran is its proximity to Israel, via Egypt. Sudan has hosted training camps for the Palestinian Hamas terrorist group, and has provided a conduit for Iranian arms shipments to the Gaza Strip and Lebanon. Sudan is also strategically advantageous to Iran because it gives it influence over the western side of the Red Sea.

Iran has also had “continuous interference in Somalia’s internal affairs,” according to the Somali Foreign Ministry in January. Somalia accuses Iran of sponsoring Islamic militants in the Horn of Africa nation. It has similarly meddled in the Red Sea nation of Djibouti for strategic purposes.

It’s worth noting that Iran’s ties to many of these nations have been strained in recent months. But the cause of that strain is primarily financial, not ideological. Iran’s chief rival, Saudi Arabia, has cashed in with petrodollars and bought these nations’ allegiances away from Iran.

The World Politics Review concluded: “In spite of its meager return on investment, Iran does not seem prepared to give up on its outreach efforts in Africa. Potential opportunities do exist. … Concerns in the Sahel and East Africa over the threat of al Qaeda and Islamic State affiliates could provide Iran with an opening to increase its African security engagements.”

Perhaps indicative of Iran’s resilience within its Africa approach is that it has yet to be visibly affected by the recent nuclear deal between the United States and Iran. The objectives of the Quds Force have appeared to carry onward — the plot to bomb Nairobi was revealed after Iran and the P5+1 coalition of states agreed to the first details of the deal. …[I]ran seeks alternative avenues to gain an edge, [and] the opportunities in Africa for asymmetrical conflict can be unpredictably advantageous and could strengthen an otherwise less dangerous player.It is thus unlikely that Iran will give up its meddling on the continent any time soon—nuclear deal with the United States or not.

The chairman of the German Federal Armed Forces Association, Lt. Col. André Wüstner, said in December that terror in Africa “makes it clear once again” that a “ring of fire” extends “from Afghanistan via Yemen, Syria and Iraq to Africa.” This could well be the reason Europe, as the Bible prophesies, will unleash a “whirlwind” attack in the Middle East and Africa.