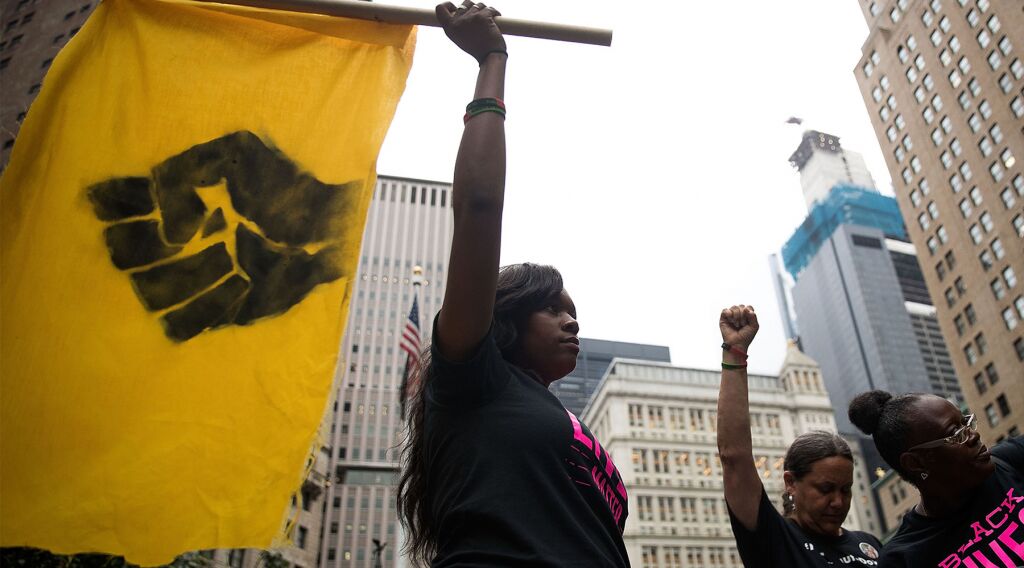 The Black Lives Matter movement is founded on the false premise that racist police officers are selectively targeting innocent black Americans and killing them.

“Every 28 hours, a black person is murdered by police,” said activist Cherno Biko in an interview with Fox News political commentator Megyn Kelly. “It feels like we’re in a war.”

If this statement is true, racist police are systematically murdering an average of 313 innocent blacks every year. Even leaving aside the charge of unjustified murder for a moment, this estimated death toll is more than double the actual figure. According to the Centers for Disease Control and Prevention (cdc), police killed 140 blacks and 386 whites in 2012.

Over the 13-year period from 1999 to 2011, the cdc reports that 1,130 blacks were killed by police officers. That averages out to 87 fatalities per year, compared to an average of 165 whites killed by police each year for the same period. The number of blacks killed by police actually declined 40 percent between 1968 and 2011, even as the African-American population rose by 22 million.

While the death of even one person is a tragedy, almost any reasonable person will admit that police officers occasionally do have to shoot in self-defense. Given the extensive media coverage of almost every black American shot by police, most people are surprised to hear that, relative to whites, blacks are shot by police at a much lower rate than their involvement in crime would suggest.

African-Americans make up 13 percent of America’s population, yet commit 38 percent of homicides. Between 2004 and 2013, according to Federal Bureau of Investigation statistics, 43 percent of people who killed police were black. Many black fatalities at the hands of the police have undoubtedly been justifiably done in self-defense.

One study conducted at Washington State University confirmed that police were more likely to feel threatened in scenarios involving black people. Yet the participants actually showed a bias in favor of black suspects, taking longer to pull the trigger against them than against armed white or Hispanic suspects.

No doubt there have been some cases of police officers shooting black Americans unjustifiably. Some of these cases may have even been for racist reasons. Such isolated cases of police abuse are wrong and should be swiftly dealt with via the rule of law. The notion that racist police officers are systematically gunning down innocent black Americans en masse, however, is one of the deadliest lies in the United States today. The riots, looting and police killings that have been inspired by the deplorable falsehood that black Americans are being hunted in the streets like animals are a tragedy. Perpetuating the lie that police officers are systematically hunting minority youth will only lead to more violence.