Face the real cause of obesity. 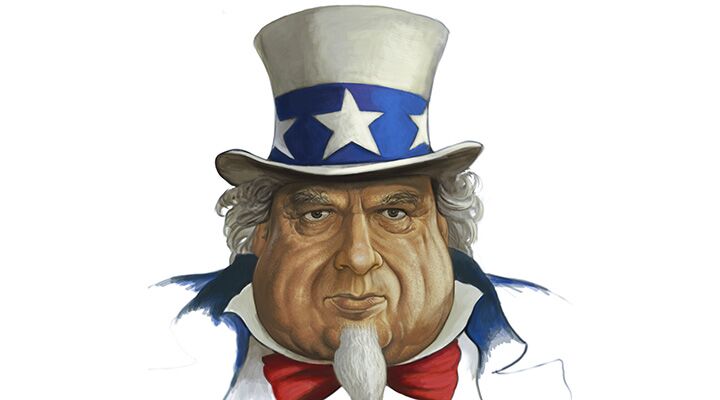 Face the real cause of obesity.

About one in three American adults is obese. That is more than 78 million people with a body mass index (bmi) of at least 30—the official definition for obesity used by the Centers for Disease Control and Prevention. Add those who are overweight to that figure (those with a bmi of at least 25), and more than two thirds of the U.S. population, almost 240 million people, suffer from an unhealthy weight.

The dangers of obesity are far worse than skin-deep. They are actually some of the leading causes of preventable death.

What is causing this epidemic?

The expanding rates of obesity today can be traced to several factors, including hormonal, environmental, chemical and lifestyle. The leading causes by far though—according to countless studies—are unhealthy, hyper-processed and addictive foods and lack of exercise or vigorous activity to help offset it.

Junk food is cheap, portion sizes are huge, and unethical food companies are actively deceiving customers about the healthiness of their products.

As a result, Americans are doing an excellent job of eating themselves into obesity. According to the science journal Cell Metabolism, many of us basically stop eating only when we are sleeping.

All this food adds up, according to Barbara Gollman, a registered dietitian and former spokeswoman for the American Dietetic Association. “Twenty-five years ago, the average American consumed about 1,850 calories each day,” she said. “Since then, our daily diet has grown by 304 calories (roughly the equivalent of two cans of soda). That’s theoretically enough to add an extra 31 pounds to each person every year.”

The vicious cycle starts young. Parents allow children to eat poorly and remain sedentary rather than being active, thus setting a lifelong pattern. Now one third of children and teens are overweight or obese. They are predicted to be the first generation with a shorter life expectancy than their parents.

The power of example also affects a child’s health. The President’s Council on Fitness, Sports and Nutrition says fewer than 20 percent of adults meet federal guidelines for exercise. Unsurprisingly, the number among adolescents is almost identical. It has been proven that, generally, children will not lose weight unless the entire family is involved in the intervention program.

The causes are fairly obvious: People who eat unhealthy amounts of unhealthy foods and who do not exercise their bodies very much become overweight and obese. Yet, despite these common-sense causes being so clear, the trend is only getting worse. Even with a huge body of evidence showing the causes of obesity and its dangers, people continue to eat heavily processed, calorie-dense, low-nutrition food that makes us obese. Why? We can’t get enough of the taste.

Meanwhile, one factor that in the past helped people control their appetites is losing its power: a sense of shame. The stigma once rightly associated with obesity is dissolving as quickly as the fat is accumulating.

We are building a culture that treats the obese as victims. Rather than allowing the guilt of being overweight motivate us to change our habits, we are convincing ourselves that we need to change our expectations instead.

The Truth Made Plain

Obesity kills, just like smoking. But we hesitate to acknowledge this fact because we are more concerned about pricking our emotions or bruising our self-esteem than about harming our health. Thanks to political correctness, we contort ourselves more and more to turn a blind eye to a huge, rapidly expanding, completely preventable problem: Our diets are terrible, and we don’t exercise. This is a deadly combination made far deadlier by our unwillingness to face it.

When we strip down all the noise and finger-pointing about unscrupulous food companies, too little activities in schools, and genes running amok, an uncomfortable truth becomes clear:

The obesity epidemic can only be solved through personal behavior change.

Our society has grown comfortable with obesity. You can even see where this was prophesied in biblical passages such as Deuteronomy 32:13-15. Politicians and food producers may recognize the problem, but they can only do so much. Giving individuals the skills and know-how to make healthier choices, while setting policy and infrastructure in place to support those choices, can help. But health initiatives and programs cannot magically suck fat particles out of our waistlines.

Despite some experts decrying the effect of willpower, it is possible to show self-restraint and discipline. Choose wholesome foods and a balanced approach to fitness, as well as making informed daily decisions regarding environment, lifestyle and toxin exposure.

The most cutting-edge cure for obesity is acknowledging reality and acting on it. Then we can fix what ails the human body.