Europe is changing its financial regulations in a way that invites catastrophe. 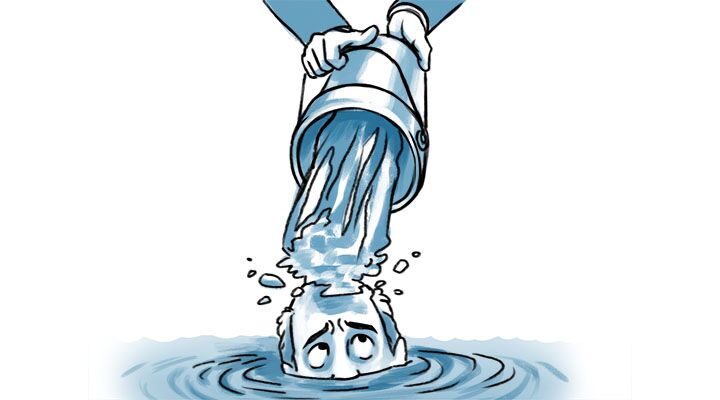 Europe is changing its financial regulations in a way that invites catastrophe.

The value of Italy’s third-largest bank plummeted by half in January—the same month new European bailout rules came into effect. This was no coincidence. These new rules aren’t the only factor, but they are helping to cripple banks in Italy and across Europe.

For a continent yet to recover from the disastrous euro crisis, a fresh banking crisis could be devastating. And no country is more at risk than Italy. A problem here would not be a Greece-scale crisis. Italy’s economy is more than seven times larger than Greece’s. It is the third largest in the eurozone and the eighth largest in the world.

A collapse in an economy this size would wreak far-reaching damage.

Why One Man Killed Himself

The more immediate roots of the problem go back to the 2008 banking crisis. Italy’s economy was hit hard, especially the poorer south. Eight years on, southern Italy is still struggling with an unemployment rate of 22 percent, almost as bad as Greece’s. On the island of Sicily, the youth unemployment rate exceeds 75 percent, far worse than in Greece.

Because of the economic devastation, many cannot pay their debts. This is a problem across the eurozone, but it is worse in Italy than in any other large European economy. Around 20 percent of loans are not being paid back, meaning lenders are suffering from more than €200 billion (us$218 billion) in non-performing loans.

Europe’s muddling in the face of this economic crisis is making the situation worse. Elsewhere, governments bailed out struggling banks only to find themselves overwhelmed with debt and in need of a bailout. But rather than address the underlying cause of the crisis—the principle that sharing a currency without sharing a government can never work—European leaders focused on the effect. They simply made it illegal for governments to bail out struggling banks without taking money from depositors and investors first.

These laws went into force on January 1. They solved nothing and instead pushed the crisis in a different direction.

We saw a glimpse of this in December. The Italian government organized a rescue of four small banks along the lines of the new bailout rules. It ended in one elderly man committing suicide after losing his life savings. He had tried on several earlier occasions to withdraw his money but was refused.

Many others have lost out and are angry. The banks are accused of making investments sound like normal savings accounts without explaining the risks involved.

This situation will become more common with the new banking rules. Shareholders, bondholders and anyone with over €100,000 ($109,000) in deposits must take losses before the government can bail out the bank.

That may sound like a lot of money, but someone’s entire life savings or pension fund could easily come to €100,000. Even a small business could have that much in a bank—let alone a large business.

Those were the conditions forced on Cyprus back in 2013. It devastated Cyprus’s economy and led not only to people losing their savings, but also to drastic pay cuts as businesses struggled to find the cash to pay their staff. European Union leaders promised it was an exceptional case. Now it is the rule.

How Not to Bail Out a Bank

There are no good ways to bail out a bank. The old way involved handing taxpayers’ money to wealthy investors, which feels rather unseemly. But the alternative—taking money from the bank accounts of pensioners—isn’t great either. Throw in the fact that in the eurozone, the robbed pensioners live in one country and the abused taxpayers in another, and discussions on how to bail out banks quickly turn into heated arguments.

But the new way of doing things also makes the entire banking system less stable. As Geopolitical Futures wrote, “Banking is about to get risky and complicated in Europe” (Dec. 11, 2015). If investors and depositors risk losing large sums of money if their bank goes under, they’ll be much quicker to ditch a questionable bank, making a bad situation much worse very quickly.

“The smartest investors should be heading for the exits as soon as they sense trouble,” wrote the Financial Times. Under this new bailout system, “action by a handful of anxious investors could conceivably precipitate a crisis that did not need to happen,” it stated (Sept. 10, 2014).

That process helped push the Banca Monte dei Paschi di Siena—Italy’s third-largest bank—into trouble in January. Eventually the situation calmed down once the Italian government convinced European authorities to allow Rome to organize a complicated way to prop up the bank. But its future is still far from certain, and the new arrangement will not help the bank stay afloat once a serious crisis hits.

Italy’s debt relative to the size of its economy is second only to Greece’s—and it is still borrowing money every year. Meanwhile its economy has been shrinking over the last few years. It cannot afford to bail out its banks.

Its deposits-guarantee fund—which exists to ensure that those with under €100,000 don’t lose anything in a bankruptcy—is almost certainly inadequate.

An Italian banking crisis could easily push the whole country into serious trouble. A truly massive European bailout would be required to fix it.

Even if the crisis calms down again, non-performing loans remain a major problem. A financial crisis triggered elsewhere could easily push Italy over the edge. It’s a box of gelignite in a room full of explosives—ready to add its “boom” after the first bomb goes off.

How Not to Bail Out a Country

German authorities want the same disastrous principles behind the new bailout rules to be applied to governments as well. The proposal has been put forward by the German Council of Economic Experts—a council set up by law to advise the government. It is also supported by both the Bundesbank and German Finance Minister Wolfgang Schäuble.

The idea is that if a eurozone country gets into difficulty, then anyone who has loaned money to that country will have to take losses before there can be any bailout. Its effect would be exactly the same as new bank bailout rules. If you’ve purchased Spanish bonds, for example, and it starts to look like Spain will need a bailout, you had better sell those bonds and get your money back as soon as possible. If you leave it too late, and you still hold those bonds when Spain is bailed out, you’ll lose a lot of money. Large numbers of other investors would all be thinking the same thing. All those investors frantically selling their bonds could trigger a crisis where none would have happened otherwise.

“It is the fastest way to break up the eurozone,” said Prof. Peter Bofinger, the one dissenting member of the German Council. The Telegraph’s Ambrose Evans-Pritchard wrote that “sensitive talks” on this subject are “causing shudders in Rome, Madrid and Lisbon” (February 15).

Europe’s bailouts in the wake of the 2008 crisis were disastrous. Southern European nations may be out of the nightly news, but their unemployment rates have escalated from the dire levels the crisis brought them to. Governments are still mired in eye-watering levels of debt.

So now Europe has a new way of running bailouts. And it fixes nothing. In fact, it will only hasten an economic crisis.

As has now been well documented, European elites knew when creating a common currency that such a venture without shared governance would be disastrous. They hoped that the resulting crisis would force European citizens to accept some kind of federal European government.

Europe has tried just about everything but that, though it has taken some steps in that direction. For the most part, Europeans have been putting their hopes in one failed bailout after another.

The solution is not a bailout. There are two ways out of this for the eurozone: Split up and revive national currencies, or form a federal government. In reality, Europe will probably choose a combination of the two, with some nations returning to their own currencies while others push on to unity.

That is where the euro crisis is leading.

For more on this crisis, read Trumpet editor in chief Gerald Flurry’s article “Did the Holy Roman Empire Plan the Greek Crisis?”