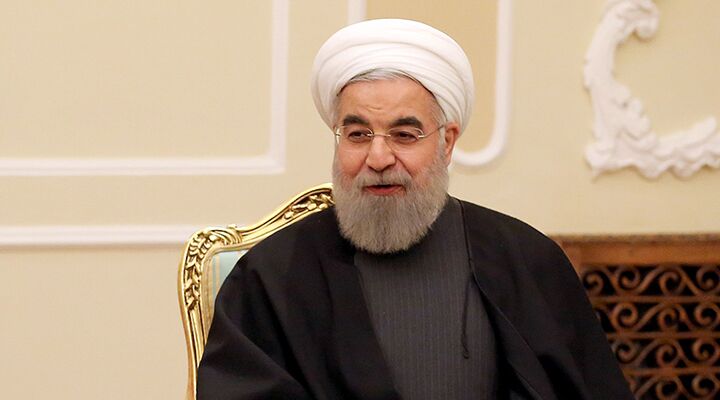 Why Iran wants the world to see the missiles

On January 6, Iran unveiled a new underground missile cache. The video shows Emad precision-guided missiles lining the depot walls. These particular missiles can be guided from launch to detonation and are capable of carrying a nuclear payload. They violate a 2010 United Nations Security Council resolution, indicating that Iran should be in line for some new sanctions.

Iran knows it is violating the UN treaties and knows that the missile program draws the ire of many in the international community. So why did Iran reveal the facility?

This was no slip up or attempted cover-up. In fact, Iran wants the world to see what it is doing. The footage was released on national television. Not exactly a clandestine operation. We can’t tell where the site is nor the full extent of Iran’s arsenal, but why did it choose to reveal weapons it knows to be illegal under UN law?

Some might consider this an attempt at bravado as tensions between Iran and Saudi Arabia escalate. That may not be wrong. But if anything, scare-tactics are just a side benefit. Iran is meaningfully flaunting its stock for another purpose.

Timing is everything for Iran. The United States and European Union are on the cusp of granting massive sanctions relief to Tehran. According to the powers-that-be, Iran has followed through with almost all of its nuclear obligations under the deal.

All Iran needed to do was wait. Instead, it chose to reveal more illegal missile operations.

But this isn’t bad timing for Iran—it is perfect.

The reason is, right now there is no risk. Iran knows it can wave its missile program in the face of President Barack Obama and the international community and it will generate little response. Iran knows that President Obama wants to see the nuclear deal fulfilled more than anyone. He isn’t going to let Iran’s missile program derail the linchpin of his foreign-policy “successes.” So if there were ever a time to reveal more of its arsenal and attempt to legitimize it, now is that time.

The Same, but Not

Iran has ensured the safety of the missile tests and facilities by framing the program as both separate to and inclusive with the nuclear program.

Iran insists the two are distinct from one another (ignoring the nuclear-capable missiles). But at the same time, Tehran demands Washington lift sanctions on both programs under the terms of the nuclear deal. It calls any additional sanctions on the missile program a violation of the nuclear agreement. Frightened of scuttling the deal, Mr. Obama has accepted this contradiction!

The revelation about the Emad missiles reveals the president’s resolve, much like the missile test in October did. The U.S. has been lax to provide a strong response to Iran’s continued illegal missile program. Now in 2016, the eyes of the international community are once again fixated on the U.S. and how it will respond.

It seems President Obama will talk and act tough on gun control at home but won’t present the same front when dealing with Iran’s nuclear-capable missiles.

This is why Iran chose to reveal the missile site: It knows that now is the most opportune moment!

Every time President Obama pretends not to see the illegal missiles, the missile program is legitimized, little by little. When Iran gets away with a missile test, or secret missile bunkers are revealed with no consequence, it ensures that next time the violation will be easier to ignore. And the time after that will be even easier. In the end, why even bother sanctioning the program?

Iran knows that Mr. Obama is so close to his cherished deal being fulfilled that he will choose appeasement over confrontation every time. If Iran wants to make its missile program appear legitimate, now is the time to show it off—while the U.S. frets over the nuclear pact.

So if you were Iran today, you would be trying to expand your missile program as much as possible before the nuclear deal is finished. That is exactly what we are seeing happen!

After the U.S. threatened more sanctions, Iranian President Hassan Rouhani ordered his minister of defense to ensure that the armed forces “quickly and significantly increase their missile capability.” He went further, threatening even more missile programs if the U.S. continues its “illegitimate interference with Iran’s right to defend itself.”

Iran is not interested in de-escalation. It is pushing the program as much as it can while it has this window of immunity. That window closes once the nuclear deal is enacted.

Watch as Iran stocks its missile sites to the brim and pushes forward with the program before the window of opportunity closes.