Most people are focusing on France’s reaction to the terrorist attack that occurred last night on the Champs-Elysées—but the ultimate aftereffect will consume all of Europe. 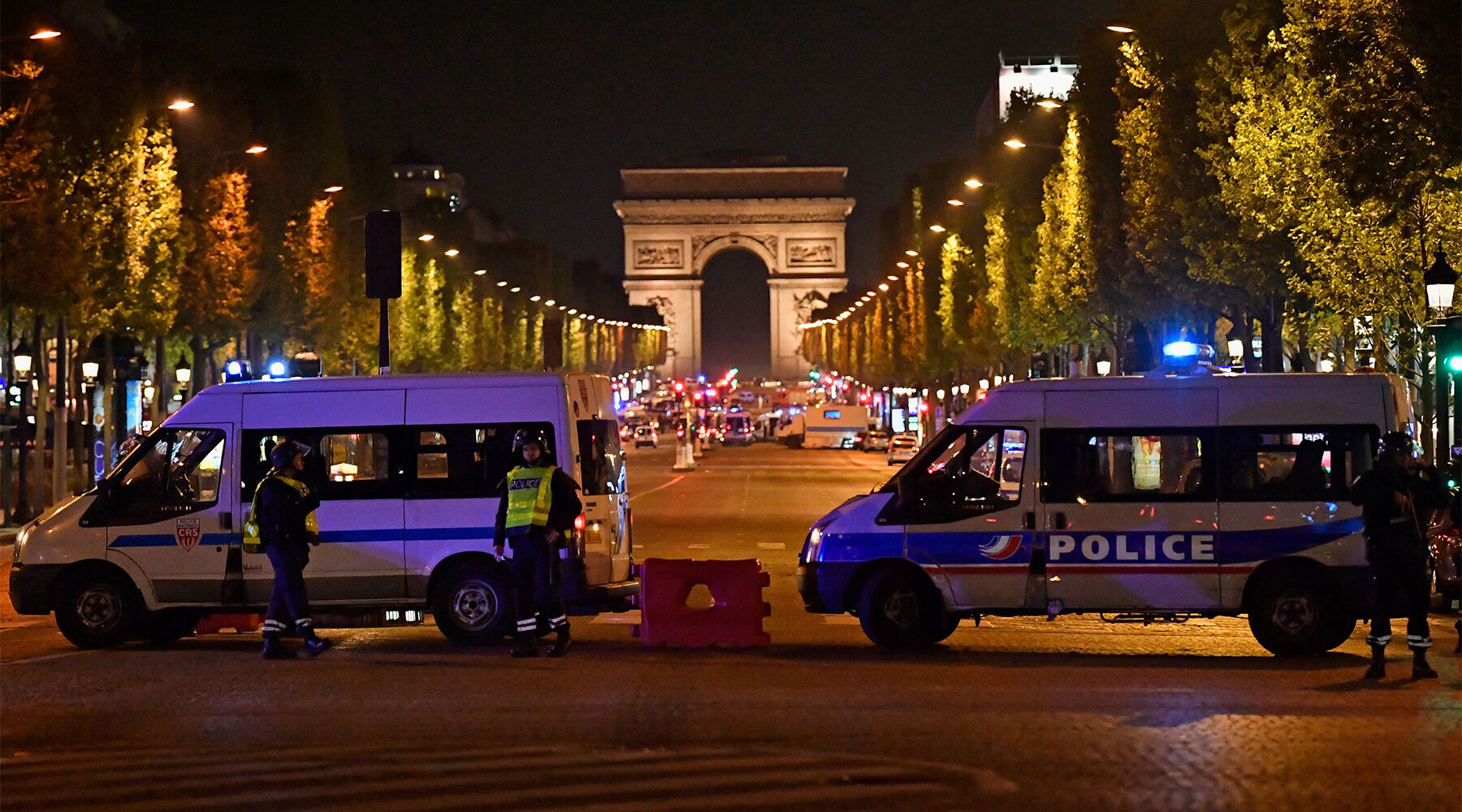 Most people are focusing on France’s reaction to the terrorist attack that occurred last night on the Champs-Elysées—but the ultimate aftereffect will consume all of Europe.

This article was published soon after the November 13, 2015 bombing of a Paris night club. It is as relevant now, less than 24-hours after the radical Islamist attack on the Champs-Elysées in Paris, as it was in November 2015.

On November 13, a small team of terrorists murdered about 130 people in Paris. In just one night, these bloody-minded people shocked France and the world. Scores of people died for no reason other than that they were out and about in Paris, and so were these maniacal criminals.

What most of the world probably suspected turned out to be true. These terrorists were radical Islamists sponsored by the Islamic State. One of them allegedly came from Syria and arrived in Europe on a refugee boat—about a month before he blew himself up in a Paris crowd. These are sick people who enjoy bombing and shooting and decapitating people. And they are growing in numbers.

The last time there was an attack this deadly in Paris was World War ii. That was also the last time Paris was put under a curfew (1944). This attack is a siren going off across all Europe.

The question on everyone’s mind is: What will France do? During the attack, French President François Hollande declared a state of emergency and closed the country’s borders. He said France is “at war” and called up security forces and troops to patrol the streets of Paris. He also called for increased security and military spending, constitutional changes to deal with dual nationals, and a three-month extension on the state of emergency. France has also dispatched an aircraft carrier to help blast the Islamic State in Syria and Iraq with intensifying airstrikes.

Everyone is watching to see what France—and the Islamic State—will do next. But there is another trend that you need to watch.

France is one of Europe’s liberal democracies full of immigrants. But it is also a Catholic country. Like Germany, Italy and many other European nations, its heritage is deeply rooted in the Holy Roman Empire.

You have to look not only for what France will do in the aftermath of this attack, but what Europe will do moving forward.

The Bible actually prophesied what is happening right now in France and the rest of Europe. It forecasts how the Continent will react to this event and the long-term trends that are rising to a boil there: Europe will unite into a superpower consisting of “ten kings”—and it will go to real war with radical Islam. If you look for that trend in the aftermath of the Paris attacks, it leaps out at you in a powerful way.

The Holy Roman Empire has united Europe six times throughout the ages, and now it is almost resurrected to unite Europe again. People who want Europe to become more unified and more powerful can simply point to the Paris attack for justification.

One of these European leaders is the former German defense minister, Karl-Theodor zu Guttenberg. He is speaking out strongly at the right time. He has compared the current 28-nation EU to 28 doctors trying to operate on a sick patient; occasionally one will accidentally trip over and unplug a life-support power cord, and all 28 doctors will have to scramble to put it back in. But then they have still only solved the immediate problem, and the long-term problems afflicting Europe just grow worse and worse. Everyone can see that this analogy is correct. We believe that the man who made it could be the one to take power in Germany—and Europe.

The Bible prophesied what is happening in France and Europe. It forecasts how the Continent will react to this event and the long-term trends rising to a boil there.

Guttenberg chose the perfect time to speak out. More and more people will look to him as the strongman that the current chancellor isn’t. As Chancellor Angela Merkel struggles with the immigration crisis (not to mention Europe’s financial crisis and its geopolitical crisis with Russia), her former defense minister is making strong statements against her. Guttenberg also recently said that Merkel is “overawed” by the idea of being a leader and that her style is to lead from behind.

Guttenberg is also directing his criticism at European leaders. He has said none of these leaders are willing to sacrifice their jobs to save their country. I have to believe that the Germans are going to love what they hear from him, especially after the catastrophe that filled Paris’s streets with blood.

Even before November 13, Germans and Europeans like the constituents of France’s National Front have been angry about the number of foreign asylum-seekers flowing into Europe. Chancellor Merkel has staked out a very unpopular position on accepting these people, and there is a backlash among German voters. I guarantee you from Bible prophecy that this backlash will intensify.

Even politicians inside Merkel’s own party are criticizing the chancellor, and some of her close political allies say Merkel may have to leave office before the next general election in 2017. That is quite a turnaround for the woman who was one of the most popular politicians in the world just a few months ago. And it has occurred largely because of this clash between Europe and the Middle East.

Edmund Stoiber is also attacking Merkel over the immigration situation. His party is part of her governing coalition, and he mentored Guttenberg. Stoiber commented recently about the government’s handling of immigrants; Focus Online reported, “In his opinion, it is unacceptable that the federal government does not know at this very moment who is coming to us and how many. The German state does not only need to know the state’s territory, it also needs to know the state’s people and everything that belongs to it” (Oct. 10, 2015).

That message is really going to resonate with the German people after what just happened in France, and what very well might happen in Germany soon. These terrorists have people willing to blow themselves up to push against Europe. Who is safe? If they’re willing to kill themselves that way, how can you stop them?

These dramatic events show that we live in shocking times. But amazingly, they prove that the Bible’s prophecies are right! The Bible prophesies that Europe will condense into a union of 10 kings following a fierce leader (Daniel 8) backed by the Vatican, and that this superpower will strike radical Islam. It will be like a boiling pot that overflows not only onto the Middle East, but onto Britain, America and Israel as well (Jeremiah 1:13-14).

Events in Europe are hurtling toward this disaster every day! Even after the headlines about the November 13 attacks have died down, keep watching Europe.