How the assassination of President John F. Kennedy proves that foreign intervention in Cuba remains a clear and present danger. 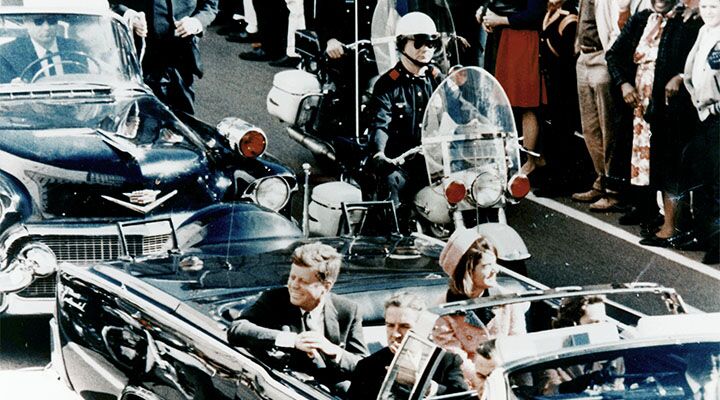 How the assassination of President John F. Kennedy proves that foreign intervention in Cuba remains a clear and present danger.

If you were alive in 1963, you probably remember where you were the afternoon of November 22. That is the day you heard the news that United States President John F. Kennedy had been shot. President Kennedy was murdered as he traveled by motorcade in Texas. Since that very day, the truth about the assassination has been a mystery.

Lee Harvey Oswald, a former U.S. Marine, defected to the Soviet Union in 1959 and returned to the U.S. in 1962. Two days after the president’s assassination, he was murdered by a nightclub owner under dubious circumstances. The Warren Commission, which investigated the slaying, concluded that Oswald acted alone. Most Americans still reject this explanation, and new evidence corroborates their suspicion.

On September 16, the Washington Times reported, “Three days after John F. Kennedy was shot and killed in Dallas, U.S. Intelligence officials told President Lyndon B. Johnson that they had confirmed that assassin Lee Harvey Oswald had recently traveled to Mexico City to visit both the Cuban and Soviet embassies, according to a half-century-old briefing memo, declassified on Wednesday.”

The American president was murdered by a Marxist who was in contact with the Soviet Union and Cuba just days beforehand. It took the government 52 years to declassify this relevant information, and still large sections of the document are blotted out. “Oswald’s travel plans were revealed in an unprecedented declassification and released by the cia in thousands of Presidential Daily Briefings from the 1960s. Though the memos are decades old, about a fifth of their content was still redacted to protect sources and methods” (ibid).

The American president was murdered by a Marxist who was in contact with the Soviet Union and Cuba just days beforehand.

For decades, the government’s own official explanation was that Oswald was just a lone gunman. But the threat to America was—and is—much greater than that.

Did the Castro brothers have a big hand in assassinating the U.S. president? I’m not saying that happened, but with this report it certainly seems like you could make a strong case for it.

President Kennedy caught the Soviets as they tried to deploy nuclear-capable supersonic missiles to Cuba. The Soviets tried to put these missiles at point-blank range, less than 100 miles off the coast of the United States. Once those weapons were launched, they probably would have evaded detection and detonated in Miami, Washington, d.c., and New York City without any warning! The leaders of Cuba and the Soviet Union clearly had designs on destroying America!

Can Moscow reach across the Atlantic and strike America in our homeland? These are very real threats that even our own government wants us to overlook.

Do you suppose the Soviets and the Castros were wrathful against John F. Kennedy? His administration ruined a plan that would have either held America at nuclear gunpoint—or would have destroyed it in gigantic nuclear balls of fire! I would think that would make them very angry and revengeful! Just over a year later, John F. Kennedy was dead.

And now, the current U.S. administration has just flung open the doors to diplomatic relations with Cuba. Today, to make contact with the Communists, you can just go to Havana, 90 miles south of Florida.

Will this new diplomacy change the nature of the Cuban regime? Cuba remains a terrorist-sponsoring nation to this day. In those diplomatic negotiations, Cuba made no concessions. It got everything it wanted from its enemy, the U.S., and gave nothing.

It appears Cuba is still cooperating with Russia. On October 14, Fox News reported: “Cuban military operatives reportedly have been spotted in Syria, where sources believe they are advising President Bashar al-Assad’s soldiers and may be preparing to man Russian-made tanks to aid Damascus in fighting rebel forces backed by the U.S.

“Gen. Leopoldo Cintra Frias, head of Cuba’s Armed Forces, recently visited Syria to lead a group of Cuban military personnel joining forces with Russia in their support of Assad …. On Wednesday, a U.S. official confirmed to Fox News that Cuban paramilitary and special forces units are on the ground in Syria, citing evidence from intelligence reports. The official, who spoke on condition of anonymity, said Cuban troops may have been training in Russia and may have arrived in Syria on Russian planes.

“An Arab military officer at the Damascus airport reportedly witnessed two Russian planes arrive there with Cuban military personnel on board. When the officer questioned the Cubans, they told him they were there to assist Assad because they are experts at operating Russian tanks, according to Jaime Suchlicki, the [University of Miami’s Institute for Cuban and Cuban-American Studies] executive director.”

For years, intelligence sources have listed President Assad and Syria as the number two state sponsor of terrorism, after Iran.

Cuba has a recent history with Russia in designing a nuclear attack against America. Is Cuba about to join another world power and complete that design? For the answer to that question, read my article “The Deadly Dangerous U.S.-Cuba Deal.” (We will gladly send you a free copy of this article. I also recommend you request our free booklets America Under Attack and Daniel Unlocks Revelation.)

You need to beware of what is happening in Cuba! This is a dangerous world. America is like a silly dove walking right into a deadly trap. Cuba isn’t dead. Communism isn’t dead. And Cuba is reemerging as a clear and present danger to the very existence of the United States!