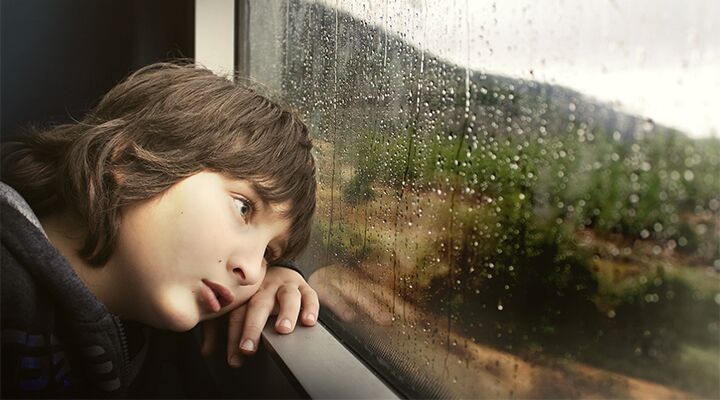 A major argument of the homosexual lobby is that same-sex attraction is genetically determined—that people are born homosexual. Because that is the case, the argument follows, then if you say homosexuality is wrong, you are as hateful and bigoted as if you were condemning someone for their skin color.

Homosexual activists decry any effort to change someone’s sexual orientation as morally reprehensible (reprehensible, that is, if it is a change toward heterosexuality—I have never heard them argue that it would be wrong to persuade a heterosexual to become homosexual). After all, how can you try to change someone from his genetic destiny? They believe that the morally right thing is a full, unrestricted expression of that supposed inborn tendency.

Well, if genetics do determine morality, that notion has some serious implications.

Today’s homosexual special interest juggernaut started as a small movement. Now, there is another small movement that is growing stronger—a movement that wants to extend this same kind of morality-is-genetic argument to a new group of people: pedophiles. People who are sexually attracted to children.

Michael L. Brown, author of the book A Queer Thing Happened to America, wrote this in the Christian Post: “[S]ome psychiatric leaders who were instrumental in removing homosexuality from the American Psychiatric Association’s list of mental disorders in 1973 have been fighting to remove pedophilia as a disorder as well, not to justify the abuse of children but rather to say that being sexually attracted to children is not a mental disorder” (September 28).

“Many Researchers Taking a Different View of Pedophilia” the Los Angeles Times reported on Jan. 14, 2013. “Pedophilia once was thought to stem from psychological influences early in life. Now, many experts view it as a deep-rooted predisposition that does not change.”

“Scientists at the [Center for Mental Health and Addiction in Toronto] have uncovered a series of associations that suggest pedophilia has biological roots,” the Times reports, adding that more and more people are taking the view that pedophilia is “a sexual orientation as immutable as heterosexuality or homosexuality.” It quotes a man who was arrested for child pornography saying that a court ordered him to go to therapy. “‘These people felt they could snuff out the desire, or shame me into denying it existed,’ he said. ‘But it’s as intrinsic as the next person’s heterosexuality.’”

In his book, Michael Brown documents how the main arguments that have successfully normalized homosexuality are now supporting the normalization of pedophilia. The Christian Post report lists eight of them:

1) Pedophilia is innate and immutable; people are born this way and cannot change.2) Pederasty is richly attested in many different cultures throughout history.3) The claim that adult-child sexual relationships cause harm is greatly overstated and often completely inaccurate.4) Consensual adult-child sex can actually be beneficial to the child.5) Pederasty should not be classified as a mental disorder, since it does not cause distress to the pederast to have these desires and since the pederast can function as a normal, contributing member of society.6) Many of the illustrious homosexuals of the past were actually pedophiles.7) People are against inter-generational intimacy because of antiquated social standards and puritanical sexual phobias.8) This is all about love and equality and liberation.

Look again at each of those arguments and replace pedophilia or pederasty with homosexuality. This is exactly the line of reasoning that has successfully normalized and vaunted homosexuals.

You might think, That practice could never become legal, let alone popular. But in 2005, how many people thought they’d ever see the White House bathed in the colors of the homosexual flag?

With pedophilia, however, there is a twist to the argument. It isn’t simply, We’re born this way, so don’t judge us. They add this: And don’t worry—we’re not a threat to your children.

This is the argument that appeared in a September 21 Salon.com article headlined, “I’m a Pedophile, But Not a Monster.” The author, a man named Todd Nickerson, wrote:

I’ve been stuck with the most unfortunate of sexual orientations, a preference for a group of people who are legally, morally and psychologically unable to reciprocate my feelings and desires. … Yet, I’m not the monster you think me to be. I’ve never touched a child sexually in my life and never will, nor do I use child pornography.

In still another example, this past Sunday’s edition of British paper the Independent contained an article by a prominent psychologist, Dr. Glenn Wilson. The title: “Not All Pedophiles Are Bad People—We Need to Have a Sense of Proportion.” The article reads:

In my studies of the Pedophile Information Exchange in the 1980s, many members admitted sexual feelings for children which they had been able to contain or turn to social good. Some gravitated toward occupations such as schoolteacher or social worker, where they could enjoy the company of children without plotting abuse. … It is possible to be attracted to children as a sexual orientation without acting upon those desires.

So—in this man’s view, these feelings can apparently be turned to social good. This psychologist spoke to the Telegraph, and said that “pedophilia should be viewed as a type of ‘sexual orientation’ which is not necessarily acted upon” (emphasis added).

Ask yourself: Does the idea that pedophiles won’t necessarily act on their desire to have sex with children comfort you? Would you support a pedophile who wants to be your child’s teacher or social worker so he can “enjoy the company of children”? Does it reassure you that “it is possible” to be attracted to children without acting on that?

This Salon.com article is aimed at helping you sympathize with a celibate man who is attracted to children. But even he says that anyone who acts on those feelings is a “monster.” The psychologist in Britain says everything is OK because pedophiles probably won’t prey on children.

But think about this: If genetics determine morality, then why would it be wrong for a pedophile to gratify his desires?

Today, mainly due to the effort to legitimize homosexuality, the notion that “it’s okay if I was born that way” has taken hold. Often articulated as “God doesn’t make mistakes,” it’s rhetorically very effective. Of course, whether an atheist who considers the world naturally flawed or a theist believing it supernaturally fallen, cleft lip, Spina bifida, Down syndrome, club foot, Tay-Sachs disease, and other abnormalities make clear that God’s perfection isn’t enjoyed by man. And is it logical to consider the brain the one organ immune from this imperfection? Note also that the same psychologists telling us homosexuality is innate also say that psychopaths are born and not made. Now, if some people were born with homicidal instincts, would it be alright for them to commit murder?

In truth, if it is wrong to condone pedophilia despite some people supposedly being born with it, then it is also wrong to justify homosexuality for that reason.

You can’t have it both ways. Either genetics determines morality or it doesn’t.

And the truth is—it doesn’t.

Here’s another thing to ask yourself. This new wave of activists is trying to get us to sympathize with those who have romantic feelings for children but do not act on them. Do you really think that’s all they are trying to do? Just to feel compassion for celibate pedophiles? If you think that is where this trend is going to stop, wake up. You know absolutely nothing about this group of people.

Consider the views being expressed in these articles in conjunction with other recent events. Think about the fact that American soldiers in Afghanistan have been ordered to ignore their Afghan “allies” who sexually abuse young boys, even on American military bases—supposedly in the name of “cultural sensitivity.” Add to that authorities in Britain ignoring Muslim child sex-trafficking for similar “politically correct” reasons. Add to that the “pedophilia epidemic” in Hollywood, exposed this past summer in the film An Open Secret. These are people with enormous social influence.

Watch the trajectory of what is happening here. The homosexual movement has completely changed modern culture in less than a decade. People now accept and support practices they were completely opposed to just a few years ago. (Read more about this trend, and why you should be concerned about it, in our free booklet Redefining Family.)

Now, this issue is tracking the exact same direction. It’s a trend you need to understand—and frankly, to protect yourself and your children from.