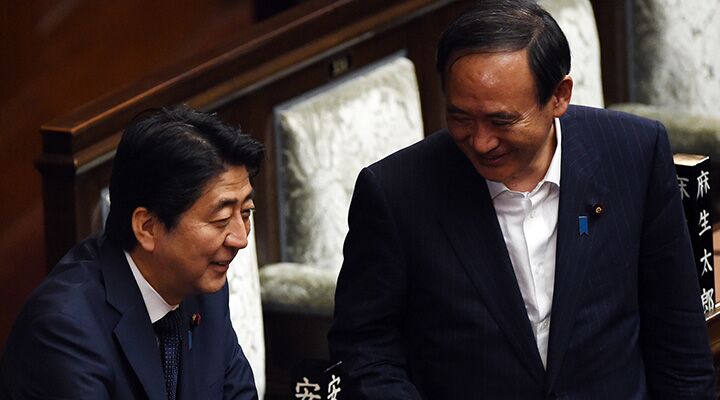 What is irony? Irony would be lifeguards holding a pool party to celebrate a summer free of drownings, and then during the party losing one of the guards to a drowning accident. Irony would be a smoke detector suffering electrical malfunction and setting ablaze the very home it was supposed to protect from fires. And irony would also be resorting to violence in an effort to keep your nation pacifistic.

The last example happened in the Japanese parliament on September 17.

The government of Prime Minister Shinzo Abe wanted to vote on new legislation that would allow the Japanese military to play a more assertive role in global affairs. Abe and his political allies wish for Japan to become a full-fledged military power once again, and the new laws are a key stride in that direction.

But several parliament members were fiercely opposed to the vote. They piled on top of the committee chairman and snatched the microphone away from him. They knew the legislation was likely to pass, so they were attempting to prevent the vote from ever happening.

Lawmakers from Abe’s party pulled these opposing politicians away and formed a protective ring around the chairman.

You can watch part of the fracas here:

This means, for the first time since World War ii, Japan’s Self-Defense Force is allowed to fight on foreign soil. There is a historic shift underway in Japan, and it’s no wonder that it is stoking impassioned controversy among politicians and citizens alike.

To understand the significance of this shift, and to gain some insight into where it will lead Japan, read “Why We Watch Japan’s March Toward Militarism.”