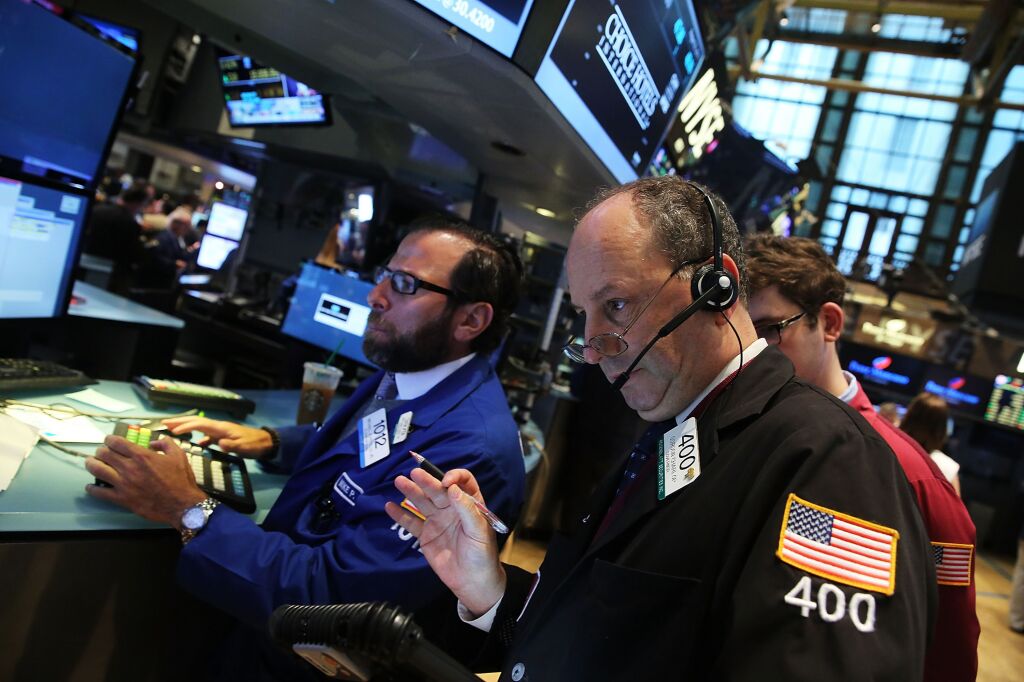 But don’t worry. The experts say it will be alright.

On August 24, many Americans woke up to the smell of coffee brewing and news that China’s stock market was once again in free fall.

By 9:30 est, a totally different aroma was infiltrating boardrooms and offices inside America’s biggest banks and Wall Street houses.

Suddenly, memories of the 2008 economic crash were being replayed in high-definition Technicolor with brokers clinging white-knuckled to their computer keyboards and iPads—watching in disbelief as stock prices went into free fall. In less than 10 seconds on Monday, over 1,000 points were wiped off the Dow Jones Industrial Average. Hundreds of billions of dollars simply ceased to exist.

Three minutes later, the carnage continued as it fell an additional 300 points. The 1,300-point loss was the sharpest single intra-day drop on record.

Analysts wondered what would happen next. Never before have the markets been exposed to such massive leverage. Corporations have borrowed a stunning $9.3 trillion since the beginning of 2009. Rarely have investors borrowed such massive sums on margin.

Could this be the beginning of another Black Monday? Another 1929?

For a brief period, anxiety shot so high it blew out the Chicago Board Options Exchange volatility index—often referred to as the fear gauge. The computer algorithms couldn’t handle the unprecedented volume as the index tripled. For 30 minutes, investors were greeted with patchy data and empty screens.

But market participants should not have been flying blind. The fear gauge was pinging all month. If it ends at these levels, it will be the biggest one-month percentage gain in the fear gauge in history.

A lot of other signs of trouble were evident too.

The riskier portion of the junk bond market, which many corporations are forced to rely upon for their financing needs, got absolutely massacred just days prior to the stock market mayhem. The average cost to borrow for a ccc-rated company spiked from 13 to 16 percent on August 13. It was less than 7.9 percent a little over a year ago. These kind of “vertigo-inducing” events are rare in normal times, says analyst Wolf Richter. “And there haven’t been any [‘normal times’] since the [last] financial crisis.”

In July, the Empire Manufacturing Index—the all-important measure of business activity in New York State—also plummeted to levels only before seen in the last two economic recessions.

Commodity prices are collapsing too. Oil dipped below $40 per barrel on Monday, down 60 percent from a year ago. Coal, iron ore, potash, uranium, soybeans, sugar—all down. Oranges, wheat, nickel, silver, cement—all down too.

Surely somebody should have noticed that something was wrong.

On Monday, as world stock markets followed China and the United States into the red, it became clear that it caught authorities off guard. In Australia, both Finance Minister Joe Hockey and Prime Minister Tony Abbot took to the airwaves to reassure investors after Australia’s benchmark stock index dove at the sharpest rate since 2009.

Could he have mentioned absolutely confident one more time?

When a prime minister is in front of the cameras talking up the market, you know that everything is not sound.

By end-of-day Monday, the Dow Jones tried to rally, but it still ended down almost 600 points. It was the first time in history the Dow had fallen by 500 points on two consecutive days.

On Tuesday, the markets initially rose but the Dow ended the day down another 205 points. There wasn’t even a dead cat bounce. It was the biggest reversal since 2008.

The markets are giving some pretty strong warning signs that all is not well. It is beginning to look a lot like the days prior to the 2008 economic meltdown.

And we haven’t even reached September yet.

“Most crashes tend to be in the fall,” Commentary’s John Steele Gordon observes. “I think it’s human psychology, you tend to be more cautious in the fall. The speculations of summer that seem so brilliant, suddenly, when the chill winds of October come, you wonder if they’re such a good idea and you try to get out.”

Whatever the reason—the September/October time frame does tend to be the most dangerous. We are almost there.

But don’t worry. The pundits on tv say it will be fine, so it must be. So go ahead and buy the dips. Pull out the credit card. Buy yourself something nice … maybe another cup of high-priced coffee. And enjoy the aroma—because you might be smelling something else before you know it.

If instead you would like some help putting your financial house in order, read this. It is free.