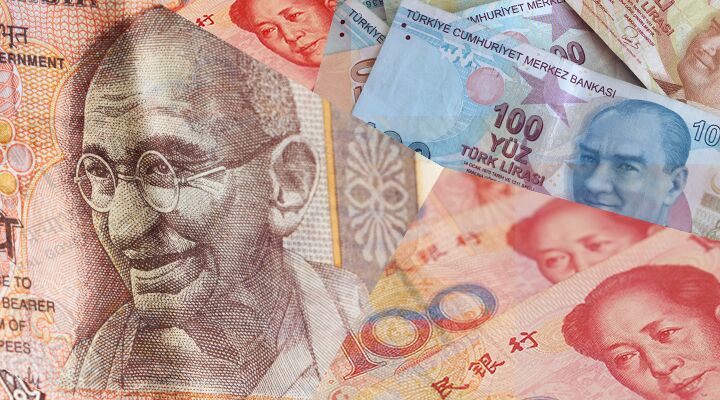 In 1934, United States President Franklin Delano Roosevelt outlawed the private ownership of gold. People who refused to turn their gold over to the government were prosecuted and threatened with 10 years of jail. With the same presidential order Roosevelt shocked the world by devaluing the dollar. The cost for an ounce of gold, previously set at $20.67, henceforth cost $35.

President Roosevelt told the country that it was a radical effort to stimulate America’s economy. A cheaper dollar would make America’s exports less expensive and help American companies sell more products to the rest of the world, he said. More money would flow into America, and more jobs would be created.

It did those things. And it also marched the world another giant step closer to war.

From the world’s perspective, President Roosevelt’s actions felt like a full-on economic broadside designed to steal a bigger chunk of a stagnating global economy. To the world, it was another—albeit much bigger—salvo in an ongoing global currency and trade war! And it responded in kind.

Today, the economic guns of 1934 are thundering once more. The world’s economy is languishing. China, Europe and America face miry growth. Commodity prices have cratered. And demand for materials has been blown to smithereens. Meanwhile, global debt is skyrocketing. Desperate nations are doing everything they can—including destroying their currencies—to stimulate their economies and keep disruptive internal social forces at bay.

But could we really be headed toward world war again? The parallels, at least, are ominous.

It is in this current tense climate that, on August 11, China surprised the world by initiating the greatest single-day devaluation of the yuan in China’s history.

And that was just the warning shot.

Over the next days, the yuan fell at an unprecedented rate—blowing multi-decade records for depreciation. The move was especially significant because, for the past several decades, China has made sure the value of the yuan closely tracked the dollar.

The fall of the yuan quickly mobilized other nations into action. Kazakhstan and Vietnam announced they would devalue their currencies in response. India, the world’s second-largest nation by population, did not even make an official announcement before it depreciated the rupee. Turkey let its lira slide for a record five days.

The international outrage was loud and clear—and it drew a response from China.

On August 16, Ma Jun, the chief economist at the People’s Bank of China, emphatically reassured the world that the Chinese government had “no intention or need to participate in a currency war.” He called commentary to the contrary “completely groundless and unfounded.”

The denial was seen as confirmation that China had indeed entered the global currency fray. And that the war was headed into a new—potentially much more devastating—phase. As if on cue, investors began buying gold as insurance against devaluing currencies. The metal, which had been falling for three years in dollar terms, suddenly firmed up.

And no wonder. China is now one of the most important players in the world economy. When it acts, the world is forced to take notice.

Former U.S. ambassador to China Jon Huntsman told cnn that “people are very, very frustrated” with China’s deliberate policy of devaluation. “China is no longer an average player in the global economy. They’re the second-largest economy in the world. And when you have the devaluation of 2 percent right off the bat automatically—you’re going to have a higher cost burden on the exports from the United States to Asia, and to one of our largest export markets, to say nothing of the impact it’s going to have on the region.”

Over the course of eight hours, Chinese products became 2 percent cheaper than their rivals in America and elsewhere. During the course of a week, they became 4.8 percent less expensive.

Where will they be in a month or a year? Can American exporters survive such warfare?

There will be retaliation.

China’s currency bombardment is not happening in a vacuum—just as President Roosevelt’s action to devalue and outlaw private gold ownership did not happen in a vacuum.

The 1920s and ’30s saw wave after wave of currency devaluations. Germany, Hungary and Italy virtually destroyed their currencies in an attempt to stimulate their economies. In 1930, America retaliated by passing the Smoot-Hawley Act to protect American producers. It raised the tariffs on 20,000 imported goods to record levels. The impact ricocheted around the world. Twenty-three major trading partners sent letters of protest and threats of retaliation. They were ignored. In May 1930, America’s greatest trading partner, Canada, reacted by imposing tariffs on 16 products that accounted for almost a third of U.S. exports to Canada. France and Britain protested and switched to new trade partners. Germany developed a system of self-sufficiency, shunning U.S. products. By 1931, Austria unlinked the schilling from gold and devalued its currency; a move that precipitated the United Kingdom’s own exit from the gold standard that same year due to its starving economy. France, learning from the UK’s mistake, reinstituted its own gold standard at a much lower level to protect its own export industries. Roosevelt was actually late to enter the devaluation game.

This is where we are today. And a case can be made that China is actually late to the game.

Following the 2008 Wall Street meltdown, the Federal Reserve slashed interest rates to zero and burned repeated rounds of quantitative easing into reducing the dollar’s valuation. Brazil promptly declared “currency war” in return, vowing to defend domestic industry from cannibalization of the West. But forces were already in motion. The Bank of England quickly followed the Fed’s boot prints. Then as Europe’s economic crisis intensified, the European Central Bank opened up with its own quantitative cannons. The Bank of Japan also lit the fuse.

China is no more or less to blame for this international mess than anyone else. But that doesn’t change the media narrative: Just as it was prior to World War ii when countries were denounced for devaluing their currencies to gain competitive advantage—the world’s reaction to China’s recent yuan devaluation continues to intensify.

The world is goose-stepping toward full-scale trade war. This is something the Trumpet has been warning about for years. It is something that Herbert W. Armstrong famously forecast to millions of people on radio and in print. Throughout his 53-year work, he often described the conditions that would precede the biblically prophesied economic collapse of the United States.

Despite being the most stable currency in the world, the American dollar would one day be in “jeopardy of being devalued,” he once wrote. When the dollar plummets, he warned, inflation will erupt and this will ultimately lead to “eventual economiccollapse for the United States.”

Based on Bible prophecy, he warned that the beginning of World War iii would be “economic in nature.” About America and Britain in particular, Mr. Armstrong stated: “God prophesied a virtual trade war will get underway against the United States and Britain—and [that] our national economics will falter, and then collapse!”

Fast forward to today and that prophesied worldwide trade war could be now.

And as history and prophecy both show—world war could be next.