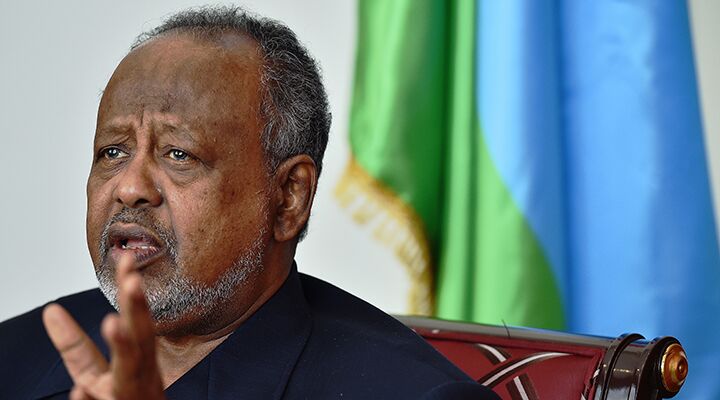 ‘This is the new normal.’

China is winning friends and contracts in Djibouti in fields once dominated by the United States—and now America’s most important naval facility in the Indian Ocean may be at risk.

“[T]he Chinese also want to protect their interests, and they are welcome,” said Djibouti President Ismaïl Omar Guelleh in an interview with Agence France-Presse in May. Guelleh said that “discussions are ongoing” that will establish China’s first overseas naval base in Djibouti.

According to reports, China will send 10,000 troops to its new base in Obock, a port city in the north of the country. Obock is presently occupied by a small contingent of U.S. military personnel, but the Djibouti government has already asked the U.S. to vacate the site. The Chinese will pay $100 million per year to the Djibouti government for use of the base. From there, the Chinese say they will be able to project power into the oceans surrounding the Horn of Africa and protect their ships from pirates.

China has also recently sent soldiers into Sudan to protect oil interests. With its new port facilities, China might find it easier to reinforce the oil interests and support other economic activities in Africa.

However, the main reason China has made its move into Djibouti is because of its strategic location at the narrow Bab el-Mandeb choke point leading into the Red Sea and the strategic Suez Canal. Growing percentages of China’s trade is with Europe, and its presence in Djibouti is a sign to the world that it is willing to take action to protect its trade routes.

It is probably not a coincidence that China’s announcement about its presence in Djibouti coincided with Egypt’s announcement that the Suez Canal expansion was complete.

This development will leave the United States with only one base in Djibouti—its only one in Africa—Camp Lemonnier. The U.S. currently has 4,500 military personnel there, and it is currently paying $63 million per year for use of the base—significantly less than China’s $100 million for Obock.

America started using Camp Lemonnier in 2001 to help in its fight against terrorism. It uses the base for gathering intelligence on the Islamic State, al Qaeda and their affiliates in both Africa and the Gulf region. Camp Lemonnier is also the United States’ main base of drone operations in the region, and it’s equipped with fighter jets and helicopters.

A senior U.S. official told the Telegraph that China’s presence poses “serious security concerns with regard to Camp Lemonnier.” He said that there are “fears that if President Guelleh gets too close to China then he may be tempted to impose restrictions on U.S. access to the base.”

Some members of the U.S. Congress warned about China’s influence in the region and urged the Obama administration to prevent the establishment of a Chinese base in Djibouti.

The relationship between the U.S. and President Guelleh is already strained: Washington accuses him of dictatorial leadership, and it hopes that new elections could change those edgy relations. China is taking advantage of this strain as it has in other parts of Africa—a continent in which it invests about $200 billion every year.

“Barring drastic unforeseen change in China itself, this is the new normal,” said Alex Sullivan, an analyst at the Center for a New American Security. “There’s a much larger story, and this is emblematic,” he continued. “China is becoming more active in international security affairs than at any time in the history of the People’s Republic because they have an increasing global interest.”

In addition to its new base, China purchased a $185 million stake in the Port of Djibouti. It also has promised to invest $400 million to modernize Djibouti’s ports.

Foreign Affairs noted that if the United States doesn’t take decisive action to counter Chinese dominance, “Washington might find that the country hosting its only military base in sub-Saharan Africa owes more favors to China, its rising global rival, than to the United States itself.”

Djibouti’s location along the gateway that gives the world access to the Red Sea and the Suez Canal makes it strategically critical. As the United States rapidly loses control of sea gates around the world, China is moving in. To learn more about this trend, request our free book by Herbert W. Armstrong The United States and Britain in Prophecy.