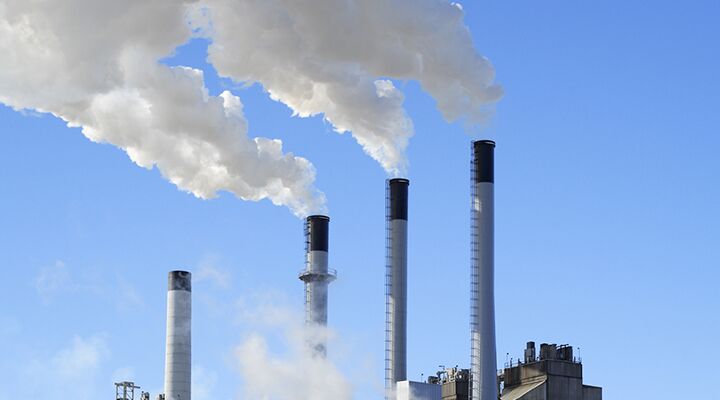 Meeting the EPA’s new Clean Power Plan rules to cut carbon dioxide won’t be cheap. Will it be worth it?

When United States President Barack Obama announced his new Environmental Protection Agency (epa) rulings on how much carbon dioxide power plants are allowed to produce, he did something very interesting.

He omitted mentioning natural gas (methane) as one of his favored alternatives to coal.

In the past, he promoted the fuel as the needed “bridge” from dirty coal-powered electricity generation to a future of clean electricity powered by the sun and wind.

With each mention of methane, America’s oil and gas industry cheered. It reassured them that the president wasn’t opposed to all fossil fuels—just the more dirty ones like coal.

But to environmental zealots, the president’s words were almost blasphemous. They couldn’t figure out why he would condemn one fossil fuel but support another. It is true that the act of burning natural gas produces around 50 percent less CO2 than coal—but scientists note that the far more potent greenhouse gas is the natural gas itself.

When natural gas is released into the atmosphere, it begins to break down. But not very quickly. Over a 100-year time frame, methane is 25 times more potent than carbon dioxide as a greenhouse gas, according to the epa. For the first 12 or so years, it may be 56 times as potent, or more.

When you tally the methane released by drilling, pumping and transporting natural gas, along with the natural sources of methane such as that produced from cattle manure, there are a lot of methane leaks. Scientists say about 28 percent of the greenhouse problem—and hence global warming—is due to methane.

So why did the president pretend to support natural gas as his oft-touted bridge fuel, even though it is a well-known greenhouse gas? Divide and conquer. It was a way to buy time and limit opposition until he built enough support to enact epa guidelines that will crush the coal industry.

But now the natural gas industry has been put on notice. Once coal is dead, it too will be on the chopping block.

Of course the idea of powering a society with pollution-free, inexpensive, renewable energy is a goal worthy of high praise. Clean energy is a hope that should fill all mankind’s dreams. And one day we will get there.

There will be a cost. Let’s not lie about that.

And the cost will be large—at least at first—or until technology advances.

When President Obama announced the new epa rules he said: “Now, let’s be clear. There will be critics of what we’re trying to do. … They will claim that this plan will cost you money—even though this plan, the analysis shows, will ultimately save the average American nearly $85 a year on their energy bills.”

Telling people they will ultimately save $85 per year is absolutely meaningless. For this claim to have any value, you need to know what the total cost to consumers before they “ultimately” get to the point where they will save that $85 per year. The White House says that consumers will be saving $85 per year by 2030.

Additionally, the president is talking about averages. Consumers in sunny Arizona or windy Oklahoma might at some point ultimately save $85 per year or more—but what about consumers in far less sunny, cooler northern states not known for their wind resources? What about those in states that get almost 100 percent of their electricity from coal? They certainly won’t be saving money. The law of averages says their costs are going up.

Here is the bottom line. Forcing states to shutter perfectly good, low-cost, coal-fired power plants and replace them with solar-power or wind-power facilities will cost money.

To pretend otherwise is to lie.

The reality is that, as of now, wind power is still significantly more expensive than coal or natural gas power. And despite solar’s huge strides, it too is still more expensive.

The question is how big, and is it worth it?

In 2008, when President Obama was asked about the costs of his plan to force America to use green energy, he told the San Francisco Chronicle, “Under my plan … electricity rates would necessarily skyrocket.”

President Obama tells the San Francisco Chronicle that coal companies will be bankrupted and electricity rates will soar under his plan.

“Because I am capping greenhouse gasses, coal power plants … whatever the industry [is], they would have to retrofit their operations. That will cost money; they will pass that … on to consumers,“ he said (emphasis added).

So which President Obama is telling the truth? Will forcing utilities to shut plants and build new higher-cost ones put more money in consumers’ pockets, or empty them?

America will soon find out.

2015 President Obama says that any costs to implementing the epa’s new rules will be outweighed by the benefits. epa scientists note how much money America will save by stopping climate change. And if you assume there will be fewer hurricanes and reduced droughts, if you assume that coastal cities will not be submerged by rising ocean levels, if you assume that fewer people will suffer asthma, etc., models will show that the cost of implementing the new Clean Power Plan is a net benefit to the tune of $26 to 45 billion by 2030, according to the White House.

But according to analyst Paul Driessen, consumers should believe 2008 President Obama.

The final Clean Power Plan mandates that carbon dioxide emissions be reduced from 2005 levels by 32 percent by 2030. Around 30 states will have to cut emissions by more than 32 percent and at least 12 will have to implement 40-48 percent reductions.

Driessen says that these are actual quantifiable costs. And to meet these goals, electricity rates in some states will not merely double to levels found in green California, but quadruple to levels paid in some countries like Denmark and Germany.

That will hammer everything we make, grow, ship, eat and do. It will impair our livelihoods, living standards, liberties and life spans. And these destructive rules are being imposed by callous, imperious, unelected, unaccountable federal bureaucrats who are circumventing our laws and Constitution; disregarding the clear will of Congress, which has rejected nearly 700 climate bills; and colluding regularly with radical Big Green pressure groups on sue-and-settle lawsuits and new regulatory edicts.

Last October the National Economic Research Associates (nera) consulting group found that the costs to comply with epa’s plan could total $366 billion. The current epa regulations are 9 percent more stringent than those analyzed by nera.

The conservative Heritage Foundation says there will be an additional $2.5 trillion loss to gross domestic product due to higher energy costs, increased job losses and lower economic activity.

And none of these estimates include costs that will be incurred if the epa targets natural gas industry next by raising carbon dioxide guidelines in the future.

The new epa guidelines are the “most far-reaching regulation for the energy sector in the history of the United States,” writes Forbes.

There will be far-reaching consequences too. Cleaner air is a worthy goal. Having a prosperous economy built on clean, abundant renewable energy is a worthy goal too. And we will attain it someday. But when you have to deceive millions of Americans and risk the economy to get there—it makes you wonder if the current clean-energy dream is more of a nightmare.