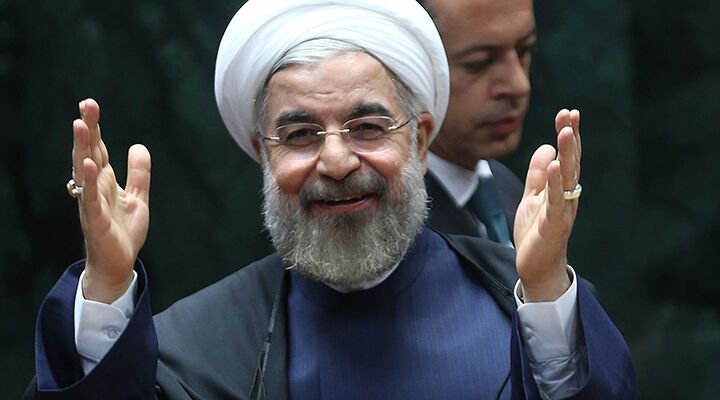 History teaches us what to expect now that Iran got the deal it sought over its nuclear program.

The P5+1 nations have negotiated a nuclear deal with Iran. Many people are elated. But there should be no celebration. What is at stake is nothing less than human survival. We needed something that would pull us away from that brink, but this deal did just the opposite.

If we doubt that it is about human survival, then perhaps we should talk to the Jewish nation Iran repeatedly says it wants to wipe off the map. Israel realizes its survival rests in whether or not Iran gets a nuclear bomb.

Even during the nuclear talks, Iranian groups repeatedly chanted “Death to Israel” and “Death to America.” The Iranian leaders call Israel “the little Satan” and America “the great Satan.” They have a history of hating America and wanting to wipe our influence off the face of the Earth.

Can we expect a deal with such a nation to make the world safer? History can help us answer that question. Experience is an excellent teacher, if we are willing to learn from it.

There was a time in recent history that was much like we are experiencing today. In the 1930s, Germany’s leadership planned on taking over the entire world one step at a time. Adolf Hitler had even recorded and publicized his intentions in his manifesto, Mein Kampf.

There are some stunning similarities in how the world treated Germany in the years preceding World War ii and how the nations are treating Iran today.

Before that war, France and Britain negotiated. They tried to appease Hitler at Munich by actually giving him a portion of another country, Czechoslovakia. History infamously shows where that agreement led: to subjugation for the Czechs, invasion for the Poles, and world war.

The reality of the situation today is that the Iranian nuclear deal is also going to lead to war—but this time around it will be far worse.

In an article for Commentary titled “Much Worse Than Munich,” Rick Richman wrote, “If one peruses the pages of the New York Times from mid-September 1938 through the first week of October 1938, it is apparent that what we are witnessing today is a virtual replay of those three weeks—only worse” (July 15). It’s about ten thousand times worse because we’re not just talking about conventional warfare, but nuclear bombs.

“Two weeks before the September 30, 1938, Munich agreement, Germany increased its demands, while promising (the Times reported) ‘hearty reciprocal cooperation in the work of solving other problems incidental to a wider European settlement,’” Richman wrote. “A week before the agreement, German ‘demands had become higher,’ but Hitler reassured Chamberlain that they were his ‘final’ ones. A few days before the signing, Hitler appeared before 15,000 people in Berlin’s largest auditorium, where the ‘Sieg Heils’ [‘Hail Victory’] from the audience ‘were heard around the globe, for Hitler had a world hook-up’ on radio.”

There was a certain hysteria at that time. The world was so happy with what Germany had done and the deal that was about to be made. People convinced themselves that giving Hitler a good portion of Czechoslovakia would appease him.

Winston Churchill knew it wouldn’t. On Oct. 9, 1938, the Times wrote, “Winston Churchill attacked the Munich agreement as an ‘unmitigated defeat’ for Britain, and prophesied that it would be but ‘the bitter foretaste of a bitter cup which will be proffered to us year by year unless by a supreme recovery of moral health and martial vigor we rise again and take our stand for freedom as in olden times.’”

Churchill saw through the charade. He tried to evoke in Britain a “martial vigor,” a military spirit with which to confront Hitler, not appease him.

In the same article from 1938, Neville Chamberlain was quoted as saying, “The government deserves approval … for its conduct of affairs in this recent crisis, which saved Czechoslovakia from destruction and Europe from Armageddon.”

Chamberlain’s view of that agreement was the opposite of what actually happened! It delayed Hitler from taking over the rest of Czechoslovakia for about a month—and it cost Europe and the world 60 million lives!

“What we are living through now is worse than Munich,” Richman continued, “not only because we are ignoring the lesson learned from that event—at the cost of a six-year world war and millions of deaths—but because even Chamberlain would be shocked at what is transpiring again.”

On top of that, now, with nuclear war on the horizon, the scale of death is certain to be even higher in World War iii.

“Chamberlain sent a letter to Hitler stating that Germany’s demands were unacceptable but urged continued negotiations, because ‘force produces no solution’” (ibid).

History proves that Chamberlain was wrong. It was only the use of force that produced a solution. Only after Britain and the Allies stood up to fight was Hitler stopped—and even then, the Allies came dangerously close to losing World War ii.

The same wrong thinking is what is driving this agreement with Iran.

“By the end of the week, Chamberlain had accepted virtually all of Hitler’s demands. The British leader was, the Times reported, ‘obviously exhausted and had resolved to make an end of the whole business’” (ibid).

This is exactly what happened with Iran. In the final week of the negotiations, America was so desperate for a deal that it made multiple concessions to Iran.

“As soon as the Munich capitulation was signed, it was portrayed as a great success,” Richman wrote. “In the letters published in the Times in the first week of October, one finds 1) a letter suggesting that ‘the führer was finally swayed by the moderates’ around him and predicting a ‘more moderate’ German policy ‘from now on’; 2) a letter asserting the ‘gains’ from the Munich agreement ‘far outweigh the sacrifice’ and that Hitler would now ‘be required to make good his assurance that he has no further territorial claims’; 3) a letter arguing Munich was ‘the greatest tribute’ to Britain and France, since they had exhibited ‘solicitude for their civilians’ by rejecting war; 4) a letter alleging that the ‘tumultuous cheers given to Mr. Chamberlain in Munich were not so much because he gave Sudetenland [in Czechoslovakia] back to Germany as because he brought peace’; 5) a letter urging readers not to concentrate on ‘bewailing what Czechoslovakia lost,’ but to focus on ‘this outstanding defeat of Hitler’s,’ since it had been ‘proved beyond doubt’ that Hitler now realized that ‘power politics does not work anymore.’”

Because Hitler modified some of his demands and the two sides reached an agreement in Munich, people were actually crying out saying that Hitler should receive the Nobel Peace Prize! But those moments of joy and relief over the Munich agreement didn’t last long. Within about a month, Hitler had broken all of those agreements and continued taking over Europe.

Though many don’t realize it yet, the Western world—and especially America—has been humiliated through this deal. The Iranian reaction should be enough to trumpet that fact.

Surprising as it may seem, this nuclear deal involves many Bible prophecies.

Ezekiel 33:10 contains this end-time prophecy: “Therefore, O thou son of man, speak unto the house of Israel; Thus ye speak, saying, If our transgressions and our sins be upon us, and we pine away in them, how should we then live?” Israel here refers specifically to two nations that descend from ancient Israel: America and Britain.

“Say unto them, As I live, saith the Lord God, I have no pleasure in the death of the wicked; but that the wicked turn from his way and live: turn ye, turn ye from your evil ways; for why will ye die, O house of Israel?” (verse 11). God doesn’t want anyone to suffer through the nuclear tragedy that is coming! He calls out for people to turn from their evil ways. If you don’t know what those evil ways are, you need to study your Bible to see. The way America and Britain are conducting themselves violates just about every command God ever gave! And because of that, these calamities are coming upon us, including the end result of this deal.

America and Britain don’t have the will to stop Iran. The Bible prophesies the complete collapse of will and power in America and Britain. In Leviticus 26:19, God says that He will break the pride of Israel’s power. America’s capitulation in these negotiations is a prime example of this prophecy being fulfilled.

In the 1930s and ’40s, Hitler and the Nazis kept pushing and pushing, yet Britain and America just hoped the problem would go away. They thought Hitler could be appeased with words and treaties. But that did not stop him. Only superior will and power stops a madman.

No words will stop this king of terror because he believes he has a religious duty to bring upon the world a nuclear cataclysm so his messiah can return (sidebar: “The Danger of a Nuclear Iran”). No matter what happens, these religious zealots feel like they are winners.

The Persian nation is going to continue pushing and pushing—and probably soon it will push with nuclear capability! However, the Bible shows that there will be a power that will stand up to it. Daniel 11:40 shows the end result for the nation of Iran: “And at the time of the end shall the king of the south [radical Islam led by Iran] push at him [a resurrected Holy Roman Empire in Europe]: and the king of the north [the Europeans] shall come against him like a whirlwind, with chariots, and with horsemen, and with many ships; and he shall enter into the countries, and shall overflow and pass over.”

This prophecy reveals that a European power is soon going to be strong enough to deal with Iran in exactly the way America won’t.

Ultimately, though, this explosive situation will result in nuclear war. Passages including Matthew 24:21-22 and Daniel 12:1-2 describe a time of such catastrophic destruction that they must be talking about nuclear warfare. Isaiah 6:11, Jeremiah 2:15 and many other prophecies foretell cities without even one inhabitant. Only nuclear weapons could cause that.

Can’t we see that there is no human solution to this crisis? Matthew 24:21-22 tell us exactly that. Without the return of Jesus Christ, mankind would war all the way to the point that there would not be a single human being left alive on Earth! This is talking about the nuclear war just ahead of us!