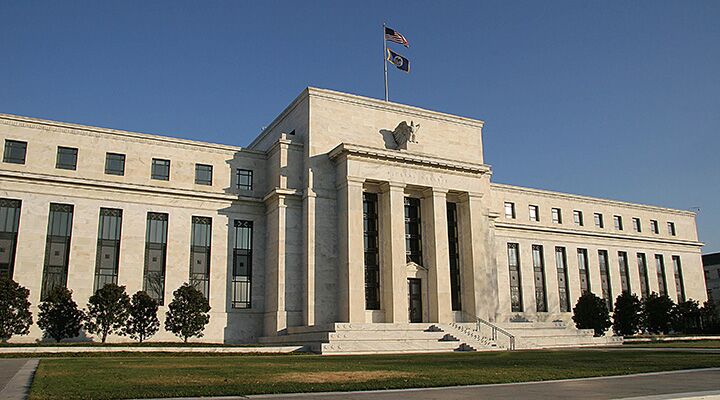 The ‘recovery’ was built on confidence in central banks. But was that trust misplaced?

Yet now the Bank for International Settlement (bis), one of the world’s leading financial authorities, is warning that when the next crisis strikes central banks won’t be able to save the day again. The life preservers have all been used.

The Telegraph called the bis report a “scatching critique of global monetary policy.”

According to the bis, “[I]n some jurisdictions, monetary policy is already testing its outer limits, to the point of stretching the boundaries of the unthinkable” (emphasis added throughout).

“[T]he policy mix has relied … on the very debt-fueled growth model that lay at the root of the crisis,” wrote the authors.

As a result, “economic expansion is unbalanced, debt burdens and financial risks are still too high, productivity growth too low, and the room for maneuver in macroeconomic policy too limited.”

The report’s authors argue that central banks like the Federal Reserve and the European Central Bank are out of options to deal with an economic crisis. Bankers incessantly cut interest rates to deal with crises, but this causes other bubbles to form. When the bubbles burst, banks respond by cutting rates further. New and bigger bubbles result. But today, rates are near zero—and actually negative in some countries. There is no more room to cut, warn the authors.

Similarly, the world’s central banks have expanded their balance sheets to oceanic proportions. They have printed titanic boatloads of money to prevent government defaults and finance stimulus spending—and keep economies floating. But now the extra money and artificially manipulated interest rates appear to be acting like anchors.

Policymakers are swimming in the dark with lead boots—and in shark-infested waters. There are no textbooks on navigating negative interest rate shoals. Never before has there been such a massive money squall.

But the report may actually be too optimistic. After warning readers we could be drifting toward an economic maelstrom, the authors write: “Nothing is inevitable about this. The problems we face are man-made and can be solved by the wit of man.”

Others are not so hopeful.

“I suspect in the next year or two we will see some kind of major, major problems in the world financial markets,” warned famed investor Jim Rogers just days prior to the bis report. “I suspect … it will cause central banks to panic. … By 2016, I am sure we will all be moaning and groaning because there is going to come a time when there is not much central banks can do, when they have lost all credibility, when governments have lost all credibility. They will print and spend and borrow. But there comes a time when people are just going to say, we don’t want to play this game anymore, and at that point, that is when the world has a serious, serious problem because there is nothing to rescue us.”

In some of his most dramatic language yet, Rogers describes the turmoil he sees coming. “We may conceivably survive one more big financial problem … a collapse. … If we do, if they come up with something to save us this next time around, the time after that, boy, there is nothing they can do then.

“I suspect the next economic collapse will be the one they cannot deal with, but if somehow they are miracle workers, be very, very careful and worried about 2022-2023. The debt game may be up, if it is not up this time around.”

Here is what is so worrying.

There is no major country in the world that has less debt today than it had in 2008. The Federal Reserve’s balance sheet has more than quintupled. Things are getting much worse. Countries talk about austerity, but they all have higher debts. They will all have higher debts next year.

The world is focusing on Greece’s debt. But there are many other potential whirlpools. Last week the United States territory of Puerto Rico said that it was bankrupt. Detroit went bankrupt not long ago. Chicago could be next. Or Los Angeles. Ripple effects are spreading through domestic debt markets.

Earlier this month the Congressional Budget Office released a frightening report on America’s staggering federal debt, which has doubled over the past seven years. It warns that, within a decade, interest payments could drown the economy. If action isn’t taken immediately, America could face a debt vortex, say the report’s authors. But America is stuck in an election cycle.

It seems that debt levels are destined to surge. And as Greece, Puerto Rico and Detroit know, so will the odds of economic disaster. There could be multiple economic Fukushimas lurking along the coasts.

“[This is] going to affect the lives of every single individual in the U.S. and many in the world,” Gerald Flurry warned on June 18. “We have to deal with this quickly, but at this time that debt just keeps soaring. … And we’re doing little or nothing to stop it to remedy the problem.”

Mr. Flurry continued: “[W]e have also been telling you close to 50 years that the entire financial structure and system of the Western world was going to collapse, and … that’s prophesied in your Bible.”

The next financial crisis is going to be big, and according to the bis, there are no more life jackets left. Confidence in the U.S.-centric global economic system is sinking. Trust in bankers may completely break with the next downturn. If it does, it will have dramatic effects. To find out the biggest one, watch this analysis by Gerald Flurry.