Whether you’re young or old, a few thousand steps and some fresh air will enhance your life. 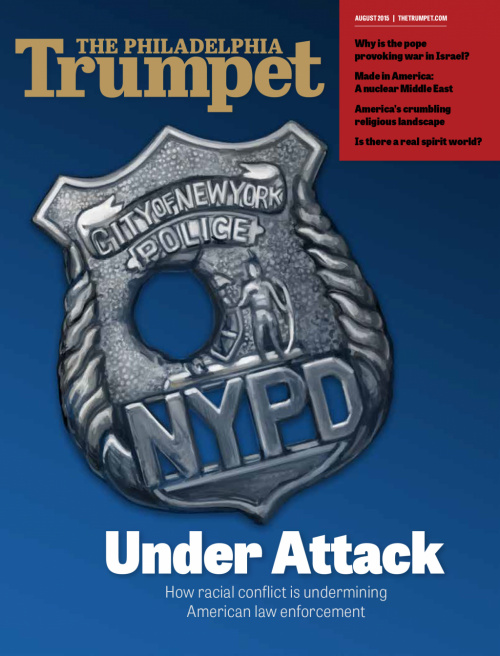 Americans would rather drive than walk. At least, compared to people from 17 other countries, according to National Geographic’s 2012 Greendex Survey. The survey revealed that Americans are the least likely to walk to their destination, the most likely to opt for using the car.

“The United States walks the least of any industrialized nation,” wrote Tom Vanderbilt in a Slate article called “The Crisis in American Walking.” Walking in America has become an “act dwelling in the margins, an almost hidden narrative running beneath the main vehicular text” (April 10, 2012).

Why do Americans walk so little? There is a litany of contributing causes. One is that it is just plain inconvenient.

In rural areas, destinations are spaced far from each other. To walk would mean having to traverse rough country roads with no sidewalks while vehicles heedlessly whiz by. Even suburban areas face a similar problem. Though built to house large numbers of people, they are designed for heavy traffic flow and cater to the automobile rather than the pedestrian. Aside from town centers, crosswalks are few, intersections are large, and buildings are far apart—all factors that work against the walker and promote the driver. “Walking has been engineered out of existence,” argued Vanderbilt.

In modern America, the need to walk is not as necessary as it once was. According to pedometer studies, the average American struts about 5,100 steps per day—half of the recommended 10,000.

Another factor that reduces the step count is occupation. Many people live far from their work; personal vehicle or public transportation is the only method to commute. Often these jobs consist of desk work and hours of sitting time, which also means less walking.

Other reasons people walk less include factors like poor health and a lack of time.

It’s a shame, because walking is a simple form of exercise and transportation with a host of benefits.

Walking is the oldest and most basic method of movement. It reduces the risk of heart disease and strokes, and helps prevent Alzheimer’s disease, according to a report by the Ramblers and Macmillan Cancer Support. Vanderbilt writes that “walking can help improve your child’s academic performance; make you smarter; reduce depression; lower blood pressure; even raise one’s self-esteem.”

Walking is a great way to get outdoors, to meditate, breathe in fresh air, and spend time with others. It’s free, it’s calming, and it’s healthy.

Herbert W. Armstrong led a healthy lifestyle, and he shared those keys in his booklet The Seven Laws of Success. His third law to success was “good health.” He wrote: “Many ask how I (at the time of this writing in my 84th year) keep up the energy, vigor and drive. I’m sure there is more than one reason—but I do not ‘jog’ or go in for fads. I walk—the best exercise for one of my age.”

So in a world of modern transportation in which people sit and machines do the moving, how can you find the time or space to go for a simple walk?

The American College of Sports Medicine recommends that adults get at least 150 minutes of moderate physical activity each week. Set a goal to get out of the desk chair or off the couch for 30 minutes each day and go for a walk.

The world is fast-paced: planes, trains, cars, moving sidewalks, Segways and scooters all move people faster and more efficiently. They serve their purpose and certainly make life easier, but don’t hesitate to slow down the pace once in a while and enjoy going for a walk. The benefits abound.