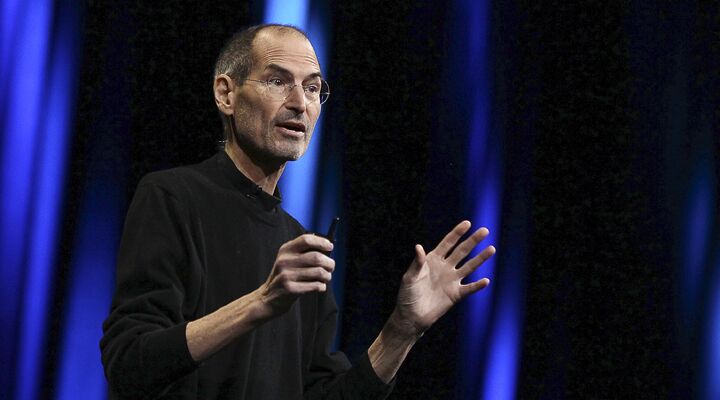 A key to his outstanding success that you can apply today

From the August 2015 Trumpet Print Edition

Most business executives believe that the late Apple cofounder Steve Jobs created the greatest corporation ever. Nobody has truly equaled his success in technology. He educated himself brilliantly in this area.

What was his secret? Is there any way we can replicate his success?

There is in fact one great lesson he learned that set him up for wonderful achievement, and it is something every one of us can study, emulate and benefit from.

In his biography called Steve Jobs, Walter Isaacson divided Jobs’s career into three acts: Act i (from his founding of Apple in 1976 until his ouster in 1985), Act ii (his exile from Apple until his return in 1996), and Act iii (his application of the hard lessons of failure, resulting in revolutionary success until his death in 2012).

Jobs started Apple in 1976 with the help of a top-notch computer engineer, Steve Wozniak. These two funded their ambitious project by selling Jobs’s Volkswagen bus and Wozniak’s treasured scientific calculator. In just a couple of years, Jobs went from assembling computers in a garage to becoming the face of the fledgling personal computer industry.

Over the next nine years, Jobs pushed those under him to produce more than they ever thought possible. But he also micromanaged and berated them constantly. He was brilliant, and he knew it. He knew it all—he thought. He rejected the advice of other experts and followed his own path. This produced some successes, but often led to devastating failures for the company. After he tried to get the board of directors to fire his own ceo, he was relegated to such an insignificant role that he decided to resign. He was basically fired.

Why was Steve Jobs, the face of Apple, the face of the industry, fired from the company he built himself from scratch? He was unteachable.

“The theory, shared by many, is that the tough love made him wiser and more mature. But it’s not that simple,” wrote Isaacson. “At the company he founded after being ousted from Apple, Jobs was able to indulge all of his instincts, both good and bad. He was unbound. The result was a series of spectacular products that were dazzling market flops. This was the true learning experience. What prepared him for the great success he would have in Act iii was not his ouster from Act i at Apple but his brilliant failures in Act ii.”

During Act ii, Jobs started NeXT, Inc. He was intent on beating his old company. But he made a number of critical errors that prevented NeXT from seriously rivaling Apple, Microsoft, ibm or Sun Microsystems. He never developed a clear focus for NeXT. He devoted too much of his time and resources toward designing sleek machines. The company exceeded his financial and time constraints.

But Jobs learned to adapt. Becoming Steve Jobs authors Brent Schlender and Rick Tetzeli said that he changed more than any businessman they had ever met.

What kind of change did he make?

Jobs’s wife, Laurene Powell, called him a “learning machine.” He learned in many ways, but most of all he determined to learn a lesson from every single one of his failures in technology.

NeXT developed an innovative webpage-creation software called WebObjects. But it was struggling to find a consistent market. Meanwhile, Jobs purchased a controlling interest in Pixar. He saw this animation company churn out hit after hit: the Toy Story trilogy, Finding Nemo and The Incredibles, among others.

What made Pixar so successful? It had an A-team of the very best creative storytellers and graphic artists. And it had a successful management team. That team encouraged everyone to give input. Jobs had never seen anything like this before. He certainly had never implemented that management style himself.

The Pixar team worked wonderfully well together, because everyone was willing to listen and to learn from each other. Everyone had a certain humility and teachability.

Jobs recognized this quality and decided to follow their example. I believe it became the greatest lesson he learned in his life.

As a result Steve Jobs developed a powerful trait: He became totally teachable.

Informed by this lesson, Jobs decided to surround himself with strong employees who were not only super-skilled at their work, but who would challenge him. This dynamic kept the company innovative and yet at the same time in harmony with the laws of business. When Jobs returned to Apple in 1996, he built a team of A-players.

Jobs constructed his team of geniuses and refused to accept any excuses from them for falling short of his high standards. Even Microsoft founder Bill Gates, Jobs’s archrival, praised the Apple team. He said every last member of the team was extremely effective.

On a physical level, Jobs became totally teachable, but only in technology, learning from other people in order to apply and master the laws of technology and of business.

Being totally teachable is a biblical principle. God is the great Educator, and He has a lot to say about this subject. It is a wonderful lesson that this world desperately needs to learn.

God wants to teach us. In Isaiah 28:9, He asks: “Whom shall he teach knowledge? and whom shall he make to understand doctrine? them that are weaned from the milk, and drawn from the breasts.” We must be weaned from dependence on flawed human beings—including ourselves—and become totally teachable before God.

If you are teachable before God, He will direct you in the right path and build your life into a magnificent success.

Steve Jobs was totally teachable in technology, but often not in other areas of his life. So his success was quite limited.

In verses 7-8, God says people “in that day”—in this end time—“err in vision.” They refuse to let God teach them. And God will allow them to go out like the great innovators, industrialists and leaders of this world and make a total mess of this planet! Ultimately, however, once they become spectacular failures, and after they experience the blackest, darkest times this world has ever known, they will finally want God to teach them!

God says that it is His great desire to “cause the weary to rest” (verse 12). I can guarantee that you will soar in success if you get yourself and your flaws out of the way and become totally teachable before God. That is the goal. We are all imperfect, but our goal needs to be total teachability.

We must be teachable if God is to work with us. He looks to the man who has a humble spirit and a high degree of respect for His every word (Isaiah 66:2).

In fact, right now God is building an A-team of teachable people—people He is training to teach the whole world, soon!

It only makes sense that teachers should be teachable. Yet so many teachers today are stubborn and deceived; they shouldn’t be teaching anyone at all.

There is a way to really excel in this life: Don’t look to men—certainly not to yourself. Look to the great Teacher!

Much like Steve Jobs went about his technology business, we must learn to be totally teachable and get everything and everyone else out of the way so God can teach us. Become totally teachable, and you will experience your own Act iii—a spectacular success!