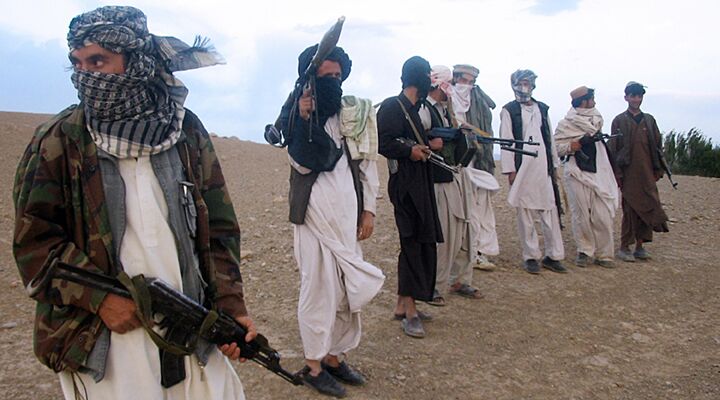 Using the Taliban as vise-grip

One easy way to determine where Iran wields strong regional influence is to identify the highly unstable nations of the Middle East—Iraq, Syria, Lebanon, Yemen, Libya, Sudan—and, as a recent report verifies, Afghanistan.

On June 11, the Wall Street Journal reported on Iran’s support for the Taliban. That’s not actually news: Tehran’s documented backing of the Taliban goes as far back as 2007, despite the prior tension that existed between the Shiite Iranians and the Sunni Taliban and Iran’s prior support of nato’s attack on the Taliban beginning in 2001.

What’s news is how that support has recently increased in scope and volume, and how that support has increased in spite of the United States bending over backward for rapprochement with Iran. The Journal’s report said that Afghan and Western authorities have observed Iran increasing not only its supply of weapons and ammunition to the Taliban, but also its training and recruitment of Taliban militants.

“Iran supplies us with whatever we need,” said one Taliban commander.

According to those authorities, Tehran’s support for the Taliban is part of a two-pronged strategy to counter the clout of both the U.S. and the Islamic State in both Afghanistan and the Middle East in general.

America was and still is deeply entangled in Afghanistan. After spending 13 years in conflict and upward of $750 billion in resources, and after greatly reducing manpower in October last year, American troops still appear trapped in Afghanistan—because of the Taliban. America’s original plan was to reduce its presence from the current 10,800 to 9,800 by January 2015, half that number by December 2015, and draw it down to 1,000 by November 2016. Iranian-sponsored Taliban militants, however, compelled Washington to recalculate its troop drawdown plans: The 10,800 soldiers stationed there may remain in Afghanistan for a little while longer. They need to because, as the report said, U.S. withdrawal has made it a lot easier for Iran to smuggle arms to the Taliban.

Iran is also supporting the Taliban because the terrorist group’s stature in Afghanistan is growing. The Afghan government in Kabul is engaged in peace talks with the Taliban. If the Taliban gains greater influence in Afghanistan, so too will Iran. As one Western diplomat said in the Journal’s report, “Iran is betting on the reemergence of the Taliban.”

Arming, funding, training and recruiting the Taliban, in addition to undermining the U.S., diminishes the influence of the Islamic State in Afghanistan and elsewhere. The Islamic State and one of its offshoots are making inroads to Afghanistan to offer residents an alternative to the Taliban. The Afghan Army recently reported the Islamic State beheading Taliban militants in Afghanistan. Such barbarity will likely afford Iran the justification it needs to train Taliban forces and increase its stranglehold of Afghanistan and the wider Mideast. Iran reportedly operates Taliban training camps in three Iranian cities including Tehran, and in the province of Kerman.

Analysts believe that Syrian President Bashar Assad’s greatest crisis, aside from losing territory like Aleppo and Palmyra, is losing or lacking enough military personnel. Israel’s Channel 2 Arab affairs analyst Ehud Ya’ari said, “Unless Iran does what it hasn’t done so far—send in their own forces in significant numbers—Assad is finished.” That explains the 15,000 fighters that Iran recently deployed to aid Assad’s embattled regime. Among those fighters were some Afghan-Taliban militants, as the Daily Star of Lebanon reported June 4.

“Across the region, Iran is stepping up its support for militants and rebel groups,” noted Ed Royce, chairman of the House Foreign Affairs Committee. “With billions in sanctions relief coming, that support goes into overdrive.”

But by supporting the Taliban, Iran does not only come into conflict with the murderous Islamic State or the naive United States, it also comes into direct conflict with other forces fighting the Taliban in Afghanistan—chiefly Germany—the third-largest troop contributor to Afghanistan after the U.S. and Britain. Chancellor Angela Merkel has said that “Germany has a responsibility, especially for security in northern Afghanistan.”