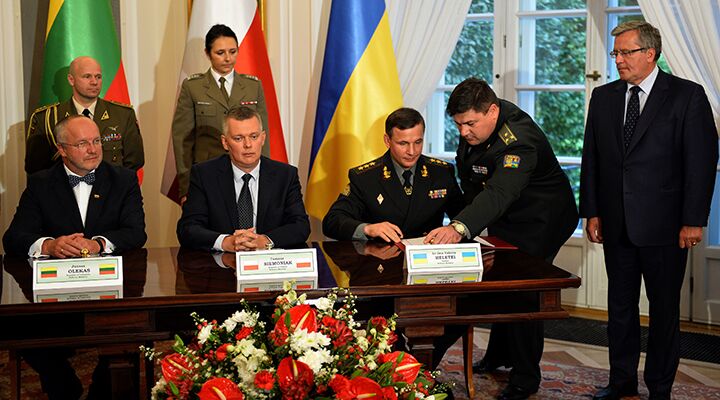 Lithuania, Poland and Ukraine are working to combine forces to create a united brigade. According to the Baltic Times, an agreement between the three nations for a joint military brigade successfully passed the first legislative stage in the Lithuanian Parliament.

If the legislation passes parliament, Lithuania will officially be permitted to join the brigade, called litpolukrbrig.

The brigade would train, hold exercises, share experience, and under unanimous agreement take part in missions under the United Nations Security Council. The headquarters would be located in Lublin, Poland, but have battalions stationed in each of the three countries.

The creation of the brigade would be a noteworthy accomplishment and would increase trilateral relations dramatically.

The most shocking aspect about all this is the overwhelming majority with which the parliament passed the legislation through the first stage: 79 members voted “yes,” 2 “no,” 1 abstained.

On March 26, the legislation will be considered once more, and likely finalized.

Russia’s continued push for Ukraine especially worries Lithuania, which sits between Russia and its enclave in Kaliningrad. Poland, Russia’s neighbor to the south, is understandably nervous as well.

Russia’s annexation of Crimea and attack on Ukraine; the fact that Lithuania is a simple stepping-stone to Russia; and Kaliningrad’s close proximity to Poland and Lithuania clearly reveal why all three countries are concerned and seeking to create a collective force.

The steps Lithuania, Poland and Ukraine are taking toward a closer relationship and more formidable force are indicative of a current trend that is beginning to gain momentum in Europe: rearmament and unification. For more about this trend, read “Europe Rethinks Its Military After Ukraine Confrontation.”