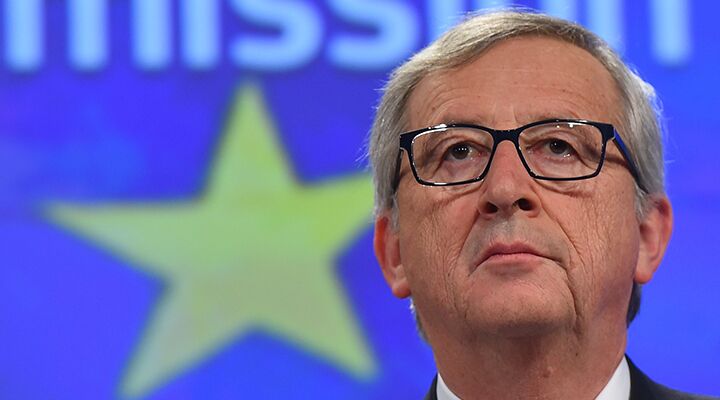 Across Europe, nations are reevaluating their military policies in the wake of Russia’s invasion of Ukraine. In some countries the assessments are major, others minor, but there’s no mistaking the activity sweeping across Europe.

The trend was most clearly demonstrated by European Union Commission President Jean-Claude Juncker, who called for the EU to create an army. He told German newspaper Die Welt that “a common European army would convey a clear message to Russia that we are serious about defending our European values.”

The trend was most clearly demonstrated by European Union Commission President Jean-Claude Juncker, who called for the EU to create an army.
But talk is cheap. Juncker has made comments like these before, as has von der Leyen and other German officials. Juncker has almost no power to make these wishes a reality and Germany has, for now, left the European army-project in the “too hard” tray. Instead, Germany is trying to build it gradually by integrating its military with its neighbors’ militaries one nation at a time.

Russian President Vladimir Putin’s invasion of Ukraine has given this more gradual, but more concrete, cooperation a boost.

Finland and Sweden committed to a new military relationship that falls only slightly short of a formal mutual defense commitment, in a joint report published February 17. This is in addition to a commitment to set up a joint naval task force by 2023, forming what ihs Jane’s called a “partially integrated Finnish-Swedish Air Force,” and pledging to work together in many other areas.

Swedish Defense Minister Peter Hultqvist said that the new cooperation “raises the bar” for any possible attacker. Reuters noted, “The two countries will not formally be committed to come to each other’s aid in time of war, but Hultqvist said common defense was an option in such a scenario.” His Finnish counterpart, Carl Haglund, said, “This gives us a concrete ability to work together, first and foremost in peacetime, but also in times of crisis should we choose to do so.”

Then at the start of March, Denmark and Sweden pledged to increase their military cooperation. Their deal focused on peacetime operations, such as exchange of information and shared use of territorial waters and airspace.

Denmark and Sweden pledged to increase their military cooperation.
Meanwhile, central and Eastern Europe are full of signs that nations are fearful of Russia. Lithuania announced on February 24 that it would reintroduce conscription—enforcing compulsory military service for all men age 19-26—in order to recruit up to 3,500 a year.

In mid-February, Poland launched what Agence France-Presse called “an unprecedented military spending spree” worth $42 billion over the next 10 years. It will be creating a missile defense system, upgrading its anti-aircraft defense, and investing in hardware from submarines to armored personnel carriers to armored drones. These are merely the most recent developments—Poland has been beefing up its military over the last few years.

“Poland wants to play a bigger role than just being a security consumer,” said Gustav Gressel, defense analyst at the European Council on Foreign Relations. “It wants to be a bigger part of a strong European alliance.”

Most important is Europe’s de facto leader—Germany. Germany had been planning military cuts. Its tank force, numbering 3,500 during the Cold War, is down to 350, and it had been planning to cut that number to 225. However, the Süddeutsche Zeitung reported February 26 that these reductions may be scrapped, with Germany instead bringing weapons, including tanks, out of storage. Germany’s reserves of stored tanks mean it can increase the power of its forces quickly.

Toward the end of last year, the German Parliament’s budget committee called for an increase in military spending, an increase in the number of tanks and armored vehicles owned by the German Army, and even for the development of a whole new battle tank, a Leopard 3 program.

Lithuania announced on February 24 that it would reintroduce conscription.
On a slightly different front, Hans-Georg Maassen, head of the German Federal Office for the Protection of the Constitution (BfV), warned that Russian intelligence services were reverting to Cold War kgb tactics. Once again, the Russian agencies are running disinformation campaigns and supporting extremist groups to undermine other nations. Maassen also warned that the conflict with Russia was hampering the cooperation needed to fight radical Islam: “We must assume that we too are a target of terrorist attacks and we must prepare accordingly.”

“The more bellicose and dangerous Russia grows, the more we must watch Europe,” wrote Trumpet columnist Brad Macdonald. “Europe’s reaction to Russian ambition is more important than the growing power of Russia itself.”

“Few things unite a nation or group of nations more than a mutual external threat,” he continued. “Logic informs us that Russia’s spiral toward dictatorship will trigger a fear among Europeans that will accelerate the unification of the Continent.”

Creating the European army that Jean-Claude Juncker has called for is a huge undertaking. The proudest moments in any European nations’ military history are usually the defeat of some other European nation. Asking Europe to come together in a common force is a tall order and will require a powerful incentive.

Russia is providing that incentive. Leaders of EU nations, especially powerful ones like France and Germany, don’t see the full danger that threatens them out of Russia—yet. These responses across the Continent are not a panicky run to the exit, but an uncomfortable shuffling of feet. Once they fully realize that danger, their armies will come together—at least for a time.