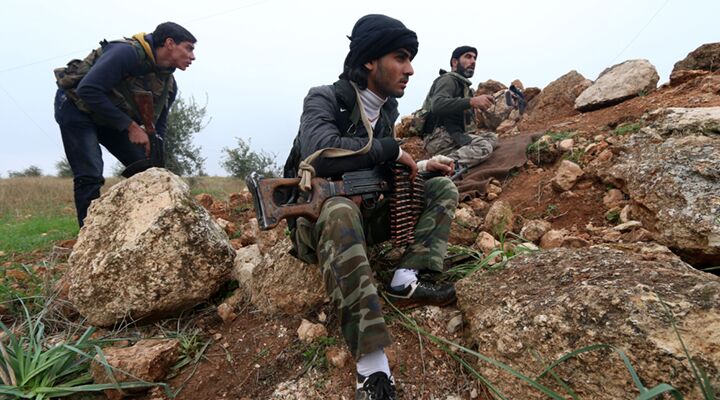 The dissolution of Syria’s moderate rebel groups shows the shortcomings of U.S. efforts.

The “moderate” Syrian rebel movement Hazzm had it all. The group held key areas of Aleppo. Thousands of soldiers trained by the United States—bristling with advanced weapons—flocked to Hazzm’s banner. The fighters were well paid, and even had tanks to support them. Yet in less than a week of fighting, the group was completely destroyed.

Another rebel group, the infamous al-Nusra Front, announced on February 25 that it would launch an assault on the Hazzm movement. The group claimed Hazzm’s leadership was criminal and corrupt.

The assault was less likely motivated by corruption allegations as it was by the fact Hazzm was supported by the United States. Al-Nusra no doubt sees every U.S.-backed groups as rivals, and seeks to crush them before they gain too much strength. And that is exactly what happened.

Within a week of launching its first assault on Hazzm, al Nusra had completely obliterated the movement. Large stockpiles of weapons and territory controlled by Hazzm were taken over by the radical al-Nusra.

Hazzm’s leadership announced the group’s dissolution and said its members should move to the Levant Front, which is an umbrella group for the rebels in Aleppo.

The Hazzm movement was no fledgling organization. It formed in 2013, and grew quickly with the U.S.’s program to train and supply moderate rebel groups. This drew the ire of other rebel factions, who saw Hazzm as the favored group. So when al-Nusra attacked, nobody lifted so much as an AK-47 to help.

Despite the fact that Hazzm was the U.S. favorite and the best equipped of the rebel groups, it wasn’t enough to stop it from being overrun in just one week.

When that happened, all the U.S.’s investment went straight to the radicals. Hazzm was well stocked with weapons as powerful as anti-tank missiles. It was also stocked with medical and other non-lethal aid. The loss highlights the challenge the U.S. faces when it comes to arming rebels. Despite all the U.S. contingencies, the moderates are losing and radicals are gaining control of the aid. This is what the U.S. feared when it first contemplated sending aid to the rebels. Today al-Nusra has reaffirmed that fear for the backers in Washington.

This isn’t the first time that U.S.-backed rebels have been beaten by al-Nusra. Last year, al-Nusra overran Idlib, a secular rebel stronghold. The Syrian Revolutionaries Front—a powerful group supplied by the United States—was completely annihilated. All the U.S. military and non-lethal support in the town went straight into the arms of al-Nusra.

Syria’s rebel groups are being refined as time goes on. The hundreds of brigades and fronts are pressured by Assad or the larger rebel groups. In a join-us-or-die situation, many are either absorbed into or allying with the major powers. Right now, those who are making the major gains—who have the funding, the weapons and the territory—are radicals.

The longer this civil proxy war rages, the more radical the rebels are becoming. This leaves the U.S. with little opportunity to help. The U.S. doesn’t want to risk arming extremists, but there are few alternatives if Washington is to continue its support of the rebels.

Washington is hesitant to conduct airstrikes and has no desire to put troops on the ground. What more can it do? The situation in Syria is becoming a lose-lose for hesitant America. It is currently fighting against the Islamic State, and is vehemently opposed to the Assad regime. That leaves the rebels as the only meager alternative. But with each passing day the radicalizing rebels become increasingly less viable.

The Hazzm movement—perhaps America’s best hope at successfully arming and establishing the rebels as a credible moderate power—has become extinct. Keep watching as the last vestiges of moderation in the remaining rebel factions go the same way.