If Israel has ‘no greater friend’ than America, Israel has no friends. 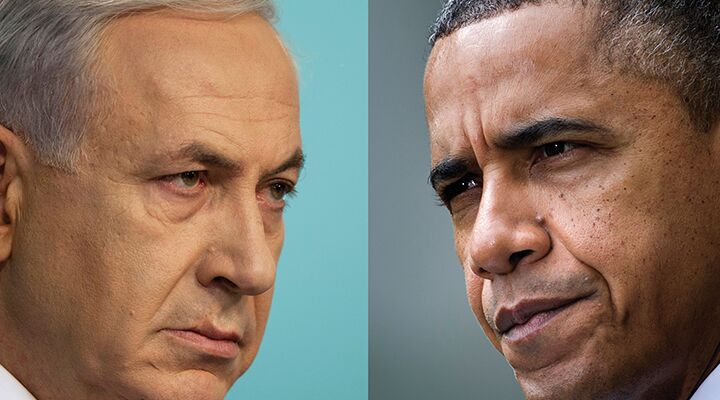 If Israel has ‘no greater friend’ than America, Israel has no friends.

What we just witnessed between Israel and the United States might be the turning point. Or the breaking point. The ultimate significance of skirmishes between U.S. President Barack Obama and Israeli Prime Minister Benjamin Netanyahu will emerge with time. But the American-Israeli brotherhood may already be broken.

Israel is a tiny country surrounded by enemies. One of its greatest weapons of self-defense has been its alliance with America.

Right now, though, that historically strong relationship is being ravaged. This puts Israel’s security at deep risk and should alarm readers for a number of reasons.

Early in his presidency, Barack Obama delivered plenty of rhetoric in support of Israel. But over time, his administration’s true feelings about Israel have become clear. At this point, the White House is taking every opportunity to humiliate Israel, to question its motivations, and to hamstring Israel’s leadership.

Since 2009, Barack Obama has compared Israel’s treatment of Palestinians to Germany’s extermination of Jews during the Holocaust; rejected the legitimacy of Jewish settlements; demanded that Jews stop building in all lands claimed by Palestinians; and insisted that Israel apologize to its attackers after the Turkish flotilla incident.

In March 2010, President Obama admitted Israeli Prime Minister Benjamin Netanyahu to the White House—by herding him through a side door under cover of darkness and allowing no photos to be taken. The administration turned the visit into a diplomatic slap in the face.

In May of that year, at the United Nations, the U.S. delegation broke a long-standing U.S.-Israeli agreement and endorsed a UN resolution calling on Israel to join the Nuclear Non-Proliferation Treaty. In May 2011, President Obama publicly stated that Israel should return to the indefensible armistice line borders from 1967, marking a significant shift in policy toward Israel.

The Obama administration’s animosity toward Israeli leaders has also been personal. During that 2010 visit with Mr. Obama, Mr. Netanyahu was handed a list of 13 demands. When he didn’t immediately accept them, the president literally walked out on him. In September 2012, on another visit to America, Netanyahu requested a meeting with the president, who refused. Reuters recognized it as “a highly unusual rebuff to a close ally.”

When President Obama visited Israel in March 2013, he remarked that “Israel [had] no greater friend” than America. Why, then, did it take more than four years for the president to get around to visiting Israel? And during the visit, this “great friend” refused to address Israel’s elected leaders in the Knesset and chose instead to address a handpicked audience of left-wing university students.

If Israel has no greater friend than America, its situation is desperate.

More recently, when Speaker of the House of Representatives John Boehner invited Mr. Netanyahu to address a joint session of Congress in March, the White House publicly aired its extreme displeasure. The president stated that he and Mr. Netanyahu “have a very real difference around Iran, [and] Iran sanctions.” He refused to meet with Netanyahu during the visit, saying, “I’m declining to meet with him simply because our general policy is, we don’t meet with any world leader two weeks before their election.” (However, key Obama administration officials including the vice president and secretary of state had just met with Netanyahu’s Labor party rival; reports also surfaced of U.S. officials visiting Israel to undermine Netanyahu’s attempt at reelection.)

Obama administration officials have voiced even more explicit hostility. The nadir came in October 2014, when an unnamed “senior Obama administration official” speaking to the Atlantic referred to Mr. Netanyahu with a disrespectful, profane epithet. The Atlantic’s Jeffrey Goldberg explained that “this comment is representative of the gloves-off manner in which American and Israeli officials now talk about each other behind closed doors, and is yet another sign that relations between the Obama and Netanyahu governments have moved toward a full-blown crisis” (Oct. 28, 2014). Goldberg recounted the terms he’d personally heard from Obama’s staff when talking about Netanyahu and Israel: “recalcitrant, myopic, reactionary, obtuse, blustering, pompous, and ‘Aspergery.’”

U.S.-born Israeli journalist and writer Caroline Glick summarized the relationship this way: President Obama “wants to hurt Israel. He does not like Israel. He is appointing anti-Israel advisers and cabinet members not despite their anti-Israel positions, but because of them. … Obama wants to fundamentally transform the U.S. relationship with Israel” (Dec. 16, 2012). That was written over two years ago. The relationship has since gone from bad to worse.

The Fate of Jerusalem

Continue to watch the U.S.-Israel relationship closely. Not only will a U.S.-Israel rift be a major geopolitical event, but it will also match a forecast recorded thousands of years ago in the Bible. It appears we are witnessing the prophesied breaking of the historic brotherhood between America and the Jewish state. Zechariah 11:14 states that in the end time, God will “break the brotherhood between Judah and Israel.” Judah is the ancient patriarch of the Jewish people (and the Jewish state). Israel was the ancient patriarch of Judah and of 11 other tribes, one of which ultimately became the United States.

Regarding this prophecy, Trumpet editor in chief Gerald Flurry wrote back in 2004: “This could be a prophecy of a rift between these two countries—one that would leave Judah very alone ….”

And what does Bible prophecy say will happen when America abandons Israel? Zechariah 14:2 forecasts that East Jerusalem will fall to the forces of radical Islam in the end-time. Mr. Flurry noted this and wrote, “If the brotherhood between superpower America and the Jewish state is broken, that is probably when half of Jerusalem would be taken.”

Watch closely what happens to the relationship between America and Israel. The Trumpet has forecasted and continues to forecast that this brotherhood is about to snap.