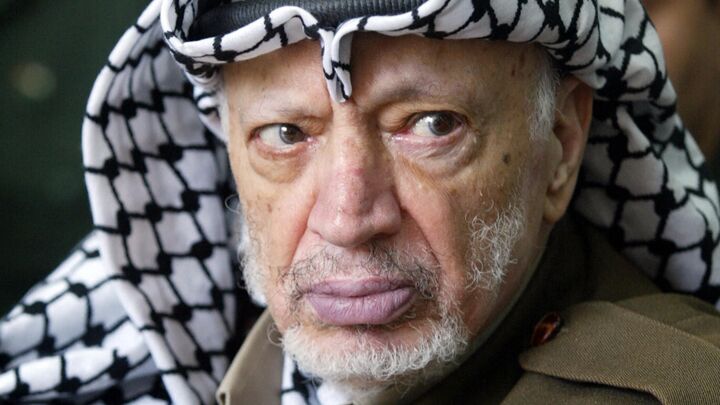 Milosevic has been arraigned for war crimes and Hussein vanquished. How is it, then, that a murdering terrorist can receive the Nobel Peace Prize?

From the March-April 2004 Trumpet Print Edition

To study international relations is to enter a realm of lying deception, intrigue, rank cheating and gross, global hypocrisy. Perhaps nowhere is this more clearly demonstrated than with Palestinian leader Yasser Arafat.

Much has been written about this petty dictator who has ruled the Palestinians under an iron fist for almost 50 years. Yet, attempts to penetrate Arafat’s shadowy background provide, at best, conflicting accounts. He is, according to one account, the fourth child of a shopkeeper; in another, the sixth child of a textile merchant. Having once been a member of the Cairo-based Muslim Brotherhood, is he more Egyptian than Palestinian? Did he or did he not murder a fellow student in his youth? Did he really participate in military campaigns, rising to the rank of general, or are these stories mere fictions designed to create the aura of a freedom-fighting hero around a rank, base terrorist?

Arafat is the quintessential Jew-baiter and Jew-hater. He told a group of Arab diplomats in 1996, “I have no use for Jews. They are and remain Jews” (Commentary, January 2004). Repeatedly he has stated his dedication to drive the Israelis into the sea—to see a Palestinian flag fly from every major building in Israel—to simply have the Palestinians outpopulate the Israelis into extinction.

Arafat’s two-faced dialogue within the ongoing, tattered Middle East “peace” process has resulted in murderous mayhem on a grand scale. The response of the largely unethical and mostly left-wing newsmedia has been to excuse his cheap terrorist actions as the efforts of a hero freedom fighter, and to denigrate the reaction of the Israelis to the continuous slaughter of their civilians into acts of terrorism.

British political analyst David Pryce-Jones writes, “When it comes to anti-Jewish terrorism, Arafat has set standards that other extremists, whether ideological or Islamist, have had to try to match. A chain of murder connects, over the decades, a Swiss aircraft blown up in mid-air en route to Tel Aviv, killing the 47 people on board; the shooting of 11 Israeli athletes at the Munich Olympic games; the massacre of 27 passengers at Lod airport; the machine-gunning of 22 children and five adults in the northern Israeli town of Ma’alot; the throwing overboard from a cruise liner of the American citizen Leon Klinghoffer; and so forth” (ibid.).

Adolf Hitler once remarked, “Treaties are only made to be broken.” Arafat is expert in holding to Hitler’s dictum. Efraim Karsh, author of the recently released Arafat’s War, concludes that to Arafat the Mideast peace process is but “a grand deception.” “[T]his master of doublespeak was bound to cheat at the first opportunity, in order to advance the single-state solution that alone has been acceptable to him” (Commentary, op. cit.).

Yet, paradoxically, the Palestinians, by this world’s standards, were once quite well-off, living under Israeli occupation, until Arafat became increasingly accepted as their legitimate representative. But 50 years of devotion to his demented cause has resulted in reducing them to a state of gross corruption and turning their economy into a shambles.

Surely, given the litany of Arafat’s crimes, one would have to logically conclude that only under the most perverse of judges would such a charlatan be granted a prize for contributing to world peace! Yet, award him the Nobel Peace Prize they did, in 1994.

Will we yet witness the leader of Iran, the prime sponsor of global terrorism, receive this tawdry award, as it has now become, for aiding the “peace” in Iraq? It certainly would be no surprise!

How condemning! The English-speaking peoples, though daily increasing in progressive decadence, still dominate global affairs—much to the chagrin of many other nations. Though the Anglo-American countries do have elected leaders governing them, these leaders are heavily reliant on their inner circle of advisers and spin doctors for the formulation and promulgation of their policies. The average political adviser’s desire for the quick fix reflects a lack of any true historical perception and knowledge of the vital importance of heritage, ethnicity and the power of religion to sway masses. In addition, it reveals a blanket refusal to admit to the gnawing moral decay of a once powerfully influential Western society now rotting from within. Foreign policy has so often had its genesis not so much in the will or whim of our national leaders as in the motives of bureaucrats, legislators, petty politicians, the intelligentsia and left-wing judges bent on changing the whole structure of a once largely moral society.

Thus it is that we ought not be surprised by the prospect of Libya or Syria, both rank supporters of global terror, holding offices of importance within that great monument to failure, the United Nations. Nor should we be surprised when a lying, cheating, murderous terrorist is granted the Nobel Peace Prize.

In reality, this all goes to show, as King Nebuchadnezzar found out the hard way, “[T]he most High ruleth in the kingdom of men, and giveth it to whomsoever he will, and setteth up over it the basest of men” (Dan. 4:17).