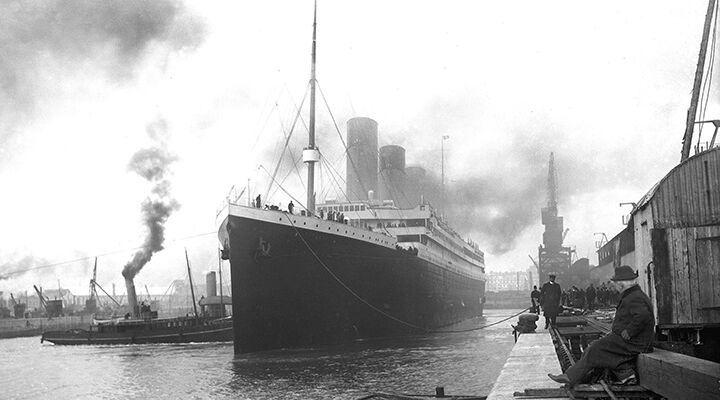 Many people around the world are talking about the Titanic. They have either seen the movie, or television and newspaper reviews about the movie and the ship. As fascinated as everyone is, however, it seems to me that nobody has learned the important lesson it teaches. And it does contain a titanic lesson and great symbolism.

The Titanic was the greatest ocean liner ever built at that time. It was called the “ship of dreams.” But on its maiden voyage the passengers’ dreams became their blackest nightmares. The reason why is where people should be focusing.

The Titanic was the largest single moving object in 1912, weighing 46,000 tons. It was built mostly to serve the wealthy. There was a “millionaire’s suite” and fabulous furniture and decor.

Many said the Titanic was “unsinkable.” It had been remarked by others that “even God couldn’t sink the Titanic.” These comments reveal an arrogant, God-defying attitude that led to the dramatic disaster.

Captain Edward J. Smith was warned repeatedly about ice fields. He ignored them and went to bed two hours before the fatal collision.

It’s easy to ignore warnings. Millions—even billions—are doing it today. But we can’t ignore the icebergs!

After they struck the iceberg, it only took two hours and 40 minutes for the ship to sink. There is some very graphic film footage of the wrecked Titanic. It is two-and-a-half miles below the ocean surface. It really did sink! And 1500 people really did die.

So much for God-defying arrogance!

I’ll tell you what haunts me when I see video footage of the Titanic today. It is very emotional. I see Britain and America in a similar condition—if they fail to heed God’s warning message.

Our nations are headed for a disaster that will make people forget the Titanic tragedy, perhaps forever.

God is sending out the “ice field” warnings. But it is “a voice crying in the wilderness” (Isa. 40:1-10). That doesn’t mean the voice is out on a barren desert. But for most people it might as well be.

The voice is ignored or ridiculed by most people. They somehow think America and Britain are “unsinkable.” Like the captain of the Titanic, they ignore the warnings. They continue steaming ahead into the darkness.

After they strike the “iceberg,” then they will know that God’s watchman was in their midst (Ezek. 33:33). But then it is too late, physically.

Even if they don’t heed the message today, there is still great hope. God is calling out His very elect now. They are being trained to be captains to direct the ship of state—in the wonderful World Tomorrow. It will be a world of dreams that are fulfilled more than people can even imagine. They will be warned about the deadly icebergs and the people will heed the warning. Their dreams will be filled to the full and running over!

The greatest rewards ever to be given throughout eternity are being qualified for now. A small group is becoming God’s very elite because they hear God’s voice crying in the wilderness today. They get the glorious opportunity to be the one and only bride of Christ forever. There will never, ever be such a reward offered again.

This is the most titanic dream of all!