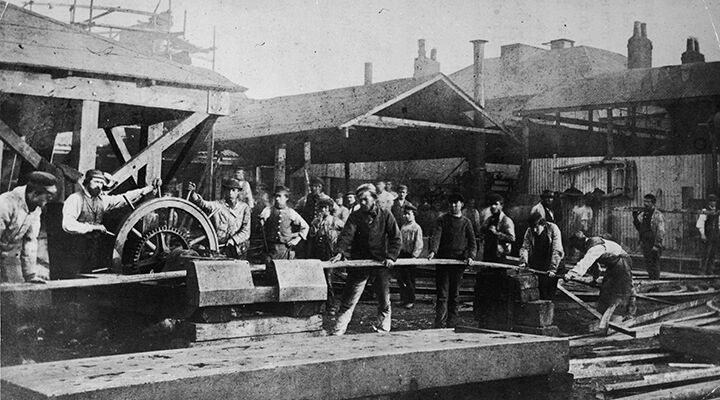 Empire is a dirty word in the minds of most modern academics and pundits, even when it refers to Britain’s colonial era.

Was the British Empire “chillingly cruel” and “bullying”? Was it no different from the Babylonian, Persian, Greco-Macedonian, Roman or Mongol empires that came before it? Did it operate in the same spirit as the Nazi empire and Imperial Japan?

No one argues that British imperialism was perfect. It was administered by men, and all men rule deficiently. But history indeed does not lie, and viewing the British Empire objectively reflects a dominion that contrasts starkly against other empires. On the whole, it was not cruel. It was a civilizing force that benefited mankind.

The most significant blessings the British Empire brought to the world were the rule of law, freedom, morality and education. With these, it lifted millions around the globe from squalor, darkness and oppression. However, there were other, additional benefits of a purely material nature, as each nation shared in the blessings given by God to Ephraim. This article examines three of these ways the British Empire served the world.

British economist Thomas Malthus was on the scene around that time. He made the dire prediction that world population would soon outstrip food production, making everyone much poorer even than they already were. Malthus was right about the population growth—it increased sharply shortly after his death. But he got the rest wrong.

As income rises, almost every physical indicator of human well-being also improves: life expectancy, hunger levels, infant mortality, literacy, education, economic freedom and rates of child labor. “Never before had the indicators of the success of the human species advanced as rapidly as in the past quarter millennium,” wrote Cato Institute scholar Indur Goklany.

Is it a coincidence that these unprecedented gains for mankind came during the time of the British Empire? They are the result of the Industrial Revolution and associated advances of technology and science. They resulted from greater free trade worldwide. And who spearheaded that revolution and disseminated its principles globally? Who opened up international free trade? Overwhelmingly, it was the British.

The massive empires that had risen before Britain made zero increase in the average person’s income. Rulers at the top waxed wealthy, but their subjects as a whole became poorer. Irrefutable data shows that the British Empire was the opposite.

Some of these massive gains for mankind took place after the sun essentially set on the British Empire. But they are still the result of economic reverberations emanating from that empire’s glory days and from the initiatives the British spearheaded.

In India, the British spent liberally to expand and improve the country’s ancient irrigation systems. Between 1891 and 1938, the amount of land under irrigation more than doubled. The British also built vast telegraph and postal systems, and 40,000 miles of railway. These created millions of jobs for Indians.

“British rule appears to have done far more than what its predecessor regimes and contemporary Indian regimes were able to do,” wrote Tirthankar Roy in The Economic History of India. “[T]he railways, the ports, major irrigation systems, the telegraph, sanitation and medical care, the universities, the postal system, the courts of law, were assets India could not believably have acquired in such extent and quality had it not developed close political links with Britain.”

The same was true of British colonies all over the planet.

The British Empire also served the world by giving it a common language. English is the world’s most commonly studied foreign tongue. It is the global media language, and the official language for maritime and aeronautical communications. More than 2 billion people—almost one in three human beings—speak it daily. It plays a crucial role in integrating the world’s economies, allowing ideas to jump easily from country to country. Without this “global language,” most developing nations would be largely unable to benefit from the industrialization and technological advancement in other parts of the world.

And the spread of English all began with the expansion of the British Empire.

Besides these vital contributions, the British Empire also gave the world representative government; defense from Nazi tyranny; the literature of Shakespeare, Milton and Dickens; abolition of slavery; crucial education; and proof of God’s existence.

“[N]o organization in history,” Niall Ferguson wrote in Empire, “has done more to promote the free movement of goods, capital and labor than the British Empire …. And no organization has done more to impose Western norms of law, order and governance around the world. … [T]here seems a plausible case that empire enhanced global welfare—in others, was a good thing.”