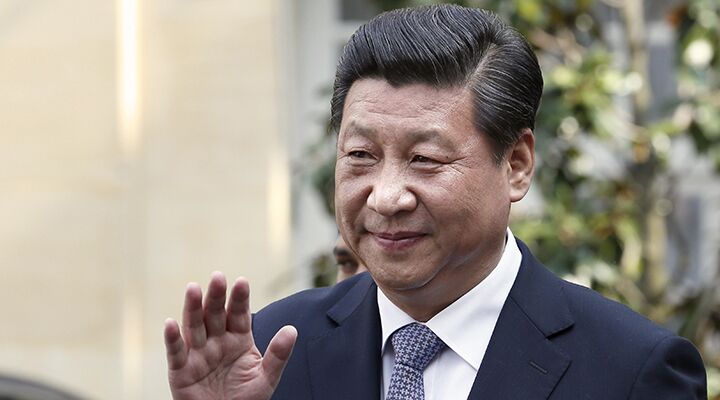 Not Russia or other nations marginalized by the West

Pariah nations facing economic turmoil no longer need to bow to Western demands to access loans and capital markets—they can turn to China.

Recent currency-swap deals between China and economically isolated nations like Russia, Argentina and Venezuela demonstrate how China is presenting itself as a redemptive alternative to the West and the Western-controlled International Monetary Fund (imf). China is proving to be a global economic power to be reckoned with.

On December 20, Chinese authorities announced their willingness to expand a $24 billion, three-year currency-swap deal that China signed with Russia in October. The deal allows Russia to borrow the Chinese yuan as well as lend its faltering ruble.

The announcement comes as Russia endures crippling sanctions from Western nations over its annexation of Crimea and involvement in Ukraine. Those sanctions have cut off Russia from most of the world’s capital markets. The recent drop in oil and gas prices has exacerbated Russia’s economic fortunes.

Russia’s ruble performed the worst of any currency in the world over the last six months, as Bloomberg reported on December 22. Prior to the December 20 announcement, Russia’s currency had lost 41 percent of its value this year.

By helping Russia and Venezuela, China gains cheap natural gas and crude oil.
Chinese Foreign Minister Wang Yi assured over the weekend that Russia possessed “the capability and the wisdom to overcome the existing hardship in the economic situation.” He added, “If the Russian side needs, we will provide necessary assistance within our capacity.” As the associate dean of the School of International Studies at Renmin University in Beijing, Jin Canrong, said, “Many Chinese people still view Russia as the big brother, and the two countries are strategically important to each other.” That is the primary reason China has stepped in to help Russia.

Back in May, the two nations signed the largest business transaction in human history—a 30-year, $400-billion gas deal. Other billion-dollar deals followed, as the Trumpet documented in our articles “The Rise of Asia” and “The Russia-China Axis Is Here.”

China can afford such support because it is the world’s largest economy, according to the imf’s latest purchasing-power parity (ppp) calculations. It has amassed $3.89 trillion worth of foreign exchange reserves—also the largest in the whole world.

China can also afford to give such aid because of the global economic power that that aid can present—an opportunity to practice “big-country diplomacy,” as President Xi Jingping said in November.

In other words, China can afford, and is willing, to use its economic power to augment its political clout to undermine and challenge the West, particularly the United States.

China has similarly helped Argentina with $2.3 billion worth of currency-swap deals since October. The South American nation has been internationally isolated for reneging on its financial obligations in 2001, and it has found China an alternative to the imf. Economically sanctioned Venezuela has enjoyed $4 billion of credit from China since November.

China, obviously, is not in the charity business. In exchange for its assistance, it receives vital natural resources to feed its economy. By helping Russia and Venezuela, China gains cheap natural gas and crude oil.

But more significantly, helping pariah nations gives China critical alliances that will ultimately undermine the U.S. and even challenge what the Bible calls the “king of the north.” For more information about where these developments are leading, read our January 2015 Trumpetmagazine article “The Russia-China Axis Is Here.”