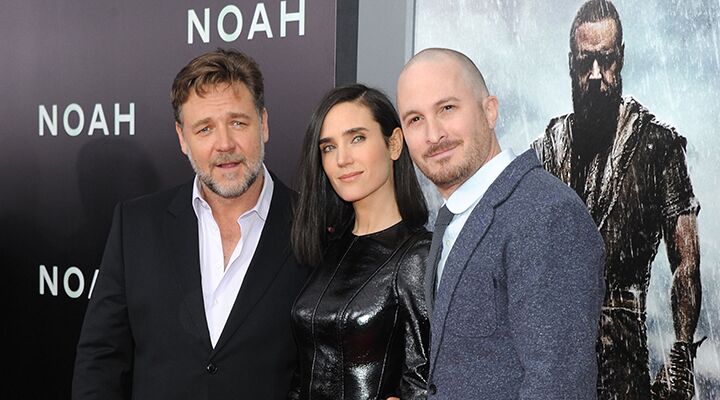 Bible students are ever hopeful that Hollywood moviemakers will produce compelling, dramatic, visually stimulating and factual films for some of the Old Testament’s best-known heroes and heroines. That is never going to happen!

The extensively advertised and marketed 2014 movies—Noah and Exodus: Gods and Kings—prove this point.

Not Much Bible in Noah

Aronofsky got the name of the leading character right. The same is true for Noah’s sons and a few other Bible personalities. He did provide awesome scenes of the ark, animals, rain and a life-destroying flood. However, that is about all he got right biblically. Honestly, the 2½-minute trailer had the sum total of the movie’s Bible truth in it! Darren Aronofsky didn’t lie when he told the New Yorker that his movie is “the least biblical film ever made.” He admitted that his goal was to create an alternative to the Genesis history. To achieve this, Aronofsky used alternative ancient sources to craft his film.

While completely out of step with the Bible, the Noah movie walks in close cadence with Gnostic heresies found in the apocryphal Book of Enoch and the Jewish mystic book Kabbalah. This is the reason so many Bible students were dumbfounded during the movie. Let’s discuss briefly some of the bizarre things that happen in Noah.

1) To begin, God never talks to Noah. Yet when you read the Bible account (Genesis 6-9) Moses records mainly God’s spoken instructions to Noah. The only words Moses writes down for the 600-year-old ark builder are found in Genesis 9:25-27, where Noah prophetically curses Canaan and blesses Shem and Japheth.

2) Noah never uses the word “God” in the movie. He refers to God as the Creator.

3) Noah visits his grandfather Methuselah, who gives him hallucinogenic tea to help him understand God’s instructions. That’s not in my Bible.

4) Giant rock creatures shaped like Hebrew letters help Noah build the ark. What?! Yes, that is what I said. The movie reveals that the rock creatures as fallen angels cast out of heaven and trapped in hardened lava on Earth. Their mission is to help man—definitely not in my Bible. Yet, the Bible does provide history of the fall of Satan and his demons that are now imprisoned on Earth. Their only goal is to wreak havoc on—not help—an unsuspecting mankind (Revelation 12:7-12).

5) Only Noah and Shem have wives on the ark; Ham and Japheth do not. The Bible states clearly that all of the men on the ark had wives (Genesis 6:18). To resolve this obvious departure from the Bible, at the end of the movie, Shem’s wife gives birth to twin girls, leading the audience to conjecture they will become the wives of Ham and Japheth.

6) Tubal-Cain becomes a stowaway on the ark and plans to murder Noah with the help of Ham, who is angry with his father because he would not let him bring a wife on the ark. I’m embarrassed to have to even write this down.

7) When on the ark, Noah goes off the beam and comes to believe that God does not want him or his family to reproduce. Their only mission is to save the animals. Noah plans to kill his grandchild once it is born.

8) At the end of the movie, Noah blesses Ham and Japheth using a snakeskin talisman, which was handed down from the time of Adam and Eve. You do realize that talismans are used in witchcraft? If you didn’t, now you do.

“Darren Aronofsky has produced a retelling of the Noah story without reference to the Bible at all,” writes Dr. Brian Mattson, senior scholar of public theology for the Center for Cultural Leadership, in his blog post, “Sympathy for the Devil.” “This was not, as he claimed a storied tradition of run-of-the-mill Jewish ‘Midrash.’ This was a thoroughly pagan retelling of the Noah story direct from Kabbalist and Gnostic sources. … I believe Aronofsky did it as an experiment to make fools of us.” I believe he is correct in his belief: Aronofsky scammed all who know the Bible’s history of Noah.

At the end of the screening I attended, one moviegoer yelled out, “What was that all about?” Well, you can be sure that Noah is not about one the most famous Old Testament personalities—Noah.

Not Much God in Exodus: Gods and Kings

The best I can say about Exodus: Gods and Kings is that the movie is loosely based on the Bible record. There are grimy, half-naked, oppressed, sunburned, sweaty slaves building Egyptian statues and buildings. There is a man named Moses, a pharaoh, plagues, and an escape from Egyptian slavery. I could also add that director Ridley Scott’s sets give us a lush look at how Egypt may have appeared in 15th century b.c.

Scott’s depiction of Moses’s life is far different from the prophet’s autobiographical account in the book of Exodus. In case you forgot—Moses did write the first five books of the Bible! You should read them.

While it is true the Bible is silent about some of things we would like to know most about Moses’s childhood living in Pharaoh’s palace, it speaks loudly and in detail about many other things that happened in Moses’s adult life. Scott’s movie flops like a fish out of water by not making use of the Bible’s most dramatic, passionate, well-scripted scenes. Many people would pay big money to see those scenes brought to life on the big screen.

Missing most in the movie is the close alliance and friendship that God built with Moses over a period of 80 years (Acts 7:18-36). The central figure in the Bible’s Exodus account is not Moses, it is God—He is the Hebrews’ Creator, King and almighty Deliverer. He is the only powerful being that can set Abraham’s descendants free from the shackles of a murderous, maniacal tyrant. Moses, though reluctant at first, through the process of spiritual conversion becomes His willing accomplice (Exodus 4; Hebrews 11:24-29). God and Moses work together to free Israel from cruel slavery and forge a nation to lead the world to unparalleled beauty, peace and success through right government and law.

Scott’s Moses is a self-motivated, often conflicted freedom fighter who trains Hebrew slaves to be marauding insurgents. Even more insulting, an 11-year-old actor, Isaac Andrews, plays Scott’s interpretation of God. While Scott’s Exodus: Gods and Kings doesn’t have the weirdness of Aronofsky’s Noah (there are no stone people helping Moses) his portrayal of God is highly insulting to Christians, Jews and Muslims.

It is difficult for any director to portray God in a film. Yet it can be done effectively with some creative ingenuity. Actually, the Bible shows directors how to do it: a powerful voice behind storm clouds, fire or even a burning bush (Scott’s burning bush turns to ash). Yet Scott’s god is “[a]n utterly unlikeable, unsmiling, adolescent, impertinent, bloodthirsty and vengeful brat. Everybody’s nightmare of what their kids might become as teenagers,” writes Brian Mattson in his review of the movie titled, “If It Were Islam, Ridley Scott Would Need a Bunker.” I admit, I went home and apologized to God for watching the film through to the end. If you have any respect for God, don’t waste your hard-earned money on Scott’s garbage.

Know the God of Power

Even though many religious-minded people know that movies like these won’t square with the Bible, they think they are great conversation starters or avenues for non-believers to look into the Bible. “On the bright side, at least there are thousands of people around the world who are now talking about a Bible story they weren’t familiar with. If you happen to get into a conversation about Noah, I hope you’ll help them understand the difference between the true account and this strange Hollywood version,” wrote J. Lee Grady for Charisma News (emphasis added). That’s a nice sentiment. But such reasoning overlooks the spiritual danger lurking behind these films. Both films are faith wreckers. The people living in this chaotic world need to get to know and believe in a powerful, intervening and life-saving God!

The Bible is chock-full of heroes and villains. This lone holy book on Earth is full of big scenes, daunting challenges, and dramatic emotion. It appears that no director or producer has the guts to film Bible history as it is. Obviously, most Hollywood directors view righteousness and religiosity as boring. Yet Bible-educated audiences want to see Bible history as it is, not some atheistic, liberal or faithless, intellectual interpretation.

Hollywood does not know the true God. Hollywood directors have no desire to even learn about Him. They are satisfied with their belief that God is distant and powerless. Hollywood is never going to make a dramatic film that provides a fair, balanced and accurate view of God and His well-orchestrated intervention in the lives of His leaders and people. However, they do want money from anyone seeking spiritual inspiration from a supposed Bible-themed epic movie. When people stop flocking to Hollywood Bible flops, Hollywood will stop making them and quit disappointing us.

God gave humans exactly what we need in the pages of the Bible to inspire us. If men, women and children honestly seek Him, God opens up epic understanding of Himself and His plan for mankind. Delve into the book—learn the true histories of Noah and Moses. You will not be disappointed. To help you in your study, request a free copy of Mystery of the Ages. This book will introduce you to the God of power who will work dramatic miracles in your life.