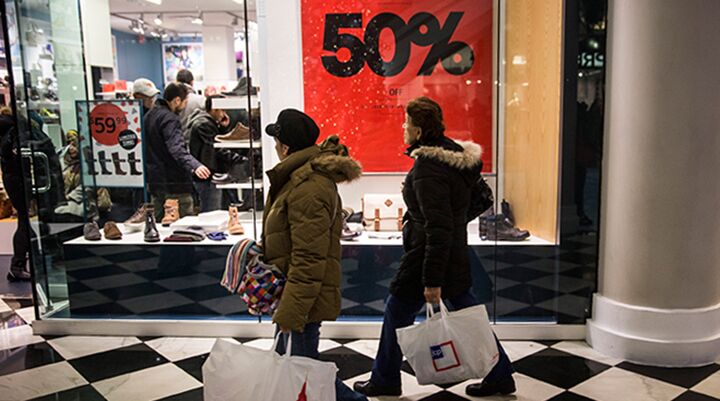 The day following Thanksgiving was a very black Friday this year—but for a different reason than you might think. On November 28, the United States’ national debt hit $18 trillion, according to the U.S. Treasury Department. And if projections from the Congressional Budget Office (cbo) are accurate, the debt load is set to soar much higher. But is there an even greater debt danger lurking?

The national debt grew by a gargantuan $486 billion during 2014—the lowest deficit since the 2008 economic crisis struck. That’s the good news. The bad news is that the deficit is about to get a lot worse. According to the cbo, the deficit will increase each year from now through 2021, when it will be back at the trillion dollar level again. That is the cbo’s baseline scenario—meaning if everything goes according to plan: America isn’t involved in any more wars, the economy avoids recession, the stock market doesn’t implode, etc. If things don’t go according to plan, which has a history of happening, the budget deficits will be much worse.

It is hard to picture budget deficits this big, but that is what we may be returning to. For context: The U.S national debt took 218 years (from 1789 until 2007) to reach $9 trillion. It only took the next seven years to double the cumulative deficits of all U.S. history.

The Heritage Foundation compared the government’s current spending to that of an average family. It notes that this year the typical median-income family earned about $52,000. If this family “budgeted” like the federal government, it would have spent nearly $60,400 by putting $8,400 on a credit card. This family would also have already racked up more than $308,800 in credit card debt. That is clearly not sustainable.

America’s national debt is also unsustainable. On November 26, the day before Thanksgiving, the Treasury Department revealed that the federal government actually borrowed over $1 trillion this year—not $486 billion. The $486 billion is just the net. It had to borrow an additional $514 billion in new debt to pay off old debt that was coming due.

Another sign America’s federal debt burden may be at dangerous levels is that the debt is now greater than the size of the economy. With a gross domestic product of $17.55 trillion, America’s debt-to-gdp ratio comes in at a startling 103 percent.

But America’s financial situation is actually even worse because it is not just the federal government going on a debt binge. According to the St. Louis Federal Reserve, total U.S. debt (government, business, mortgage and consumer) has soared from $2.2 trillion 40 years ago to $60 trillion today—and is now growing almost as fast as it was before the recent economic crisis.

The total debt-to-gdp ratio is above 300 percent, a threshold that has been shown to precede economic crisis.

According to Prof. Steve Keen, America’s private debt may be the greater risk to the economy. He says history shows the two factors that best predict an economic crisis are private debt exceeding 150 percent of gdp and that ratio rising by 17 percentage points or more over five years.

U.S. private debt-to-gdp ratio hit 170 percent before collapsing during the recent economic crisis. Today we are back to 145 percent, according to Keen, and growing at a rate of 5 percent a year. We are essentially in the danger zone once again.

Historically, big debt overhangs tend to work themselves out in traumatic ways—kind of like the frenzies that develop at Black Friday sales events. There will be a lot of kicking, biting and gnashing of teeth as debts default, currencies plummet, and massive numbers of jobs are lost, especially coming so soon after the last crisis. That’s one Black Friday present that would have been better left at the till.