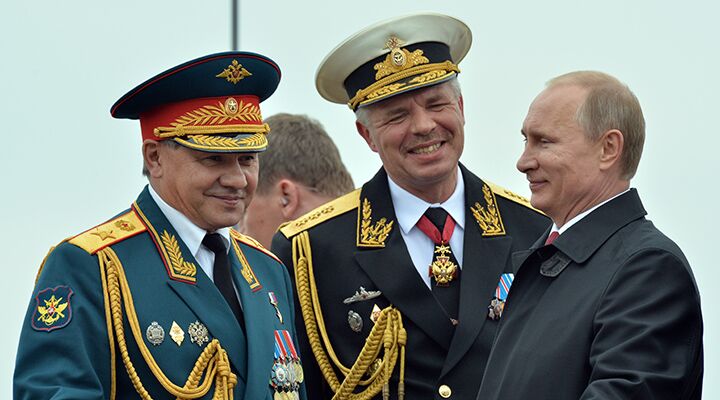 Russia and China object to the West’s military presence along their borders, and these joint naval exercises are planned to send a message to the world. Financial Times writes, “China complains about U.S. naval patrols just off its coast; Russia rails against the expansion of nato. By staging joint exercises in the Mediterranean, the Chinese and Russians would send a deliberate message: If nato can patrol near their frontiers, they too can patrol in nato’s heartland.” Russia and China demonstrate a lack of fear as they flex their combined military strength to challenge the world order.

“We also expressed concern over U.S. attempts to strengthen its military and political clout in the Asia-Pacific Region,” Shoigu said. “We believe that the main goal of pooling our effort is to shape a collective regional security system.”

Russia and China continue to grow closer by putting aside domestic differences to focus on a common enemy: the West—in particular, the United States. Gilbert Rozman wrote in his article “Asia for the Asians,” “Rather than clash openly over regional issues … China and Russia have discouraged public discussion of their differences. … At the same time, each country has trumpeted the threat of the United States and its allies in any dispute that bears on either country.”

Oil pipeline agreements and China’s recognition of Crimea as Russian territory further show the strengthening friendship between Russia and China. Watch for cooperation between these once hostile nations to continue to blossom.

Read our article “The Russia-China Axis Is Here” to see where this Asian alliance will lead.